Carlos Sainz Jr would be high on McLaren's list of Formula 1 options for 2019 if he emerges as a free agent, according to the team's boss Zak Brown.

McLaren is yet to confirm either of its drivers for next season, with Fernando Alonso deliberating over whether to extend his grand prix racing career and Stoffel Vandoorne enduring a tough first half of his second campaign.

Sainz could be on the market for next year, having raced at Renault this season on loan from Red Bull.

That move was the result of Sainz not wishing to spend another season with Red Bull's junior team Toro Rosso, with Red Bull retaining an option on the Spaniard until the end of September.

Daniel Ricciardo's departure from Red Bull to Renault, taking the seat Sainz has now, means there is an opportunity at the senior team after all, but Sainz now faces competition from Pierre Gasly.

Speaking before Ricciardo's surprise move, Brown had identified Sainz as an appealing option.

"Of course Carlos is potentially on the market, we don't know his exact situation at Renault and Red Bull, but he's certainly someone that as you go down the shortlist of drivers you'd consider putting in a race car.

"If he was free, and if we had a seat, he would certainly be high up on the consideration set."

If McLaren is unable to pursue Sainz, or chooses not to, it is expected that one of Vandoorne or McLaren reserve driver Lando Norris would partner Alonso.

What McLaren would do if Alonso chooses to retire is unknown.

"We do have a long-term agreement in place with Stoffel and Fernando, but as you can imagine in these contracts there's a variety of elements to them," said Brown.

"We will make our driver decision ultimately when we're ready. I anticipate that being some time after the summer break.

"Stoffel is very much part of that consideration set." 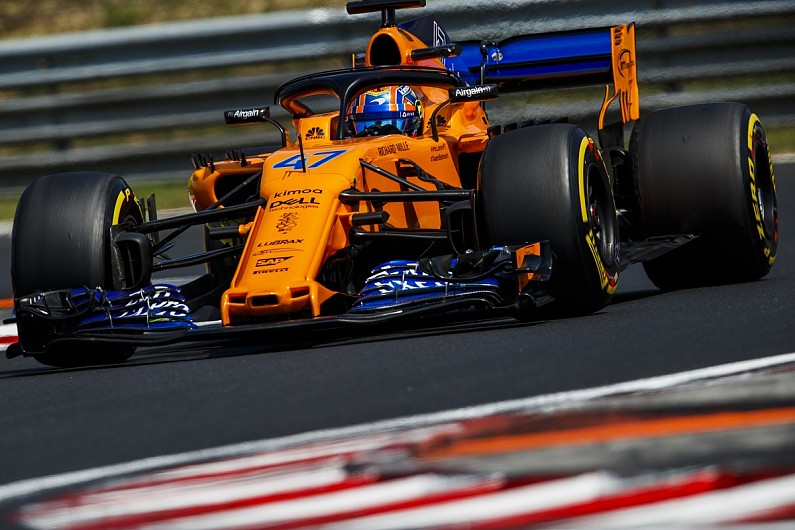 It has been suggested that McLaren has a 'use him or lose him' option with Norris that means it is at risk of losing its protege if it cannot find him a race seat next year.

But Norris has intimated he could prefer to sit on the sidelines in 2019 and adopt a free-practice role in preparation for a 2020 McLaren drive, instead of making his debut with another team.

Brown said Norris remained a key part of the team's plans but admitted his fellow McLaren junior Nyck de Vries was not "under heavy consideration" for a seat.

"We think Lando is obviously a future star," said Brown.

"We're going through our whole driver scenario, and when you have a talent like Lando, you want to keep them in the family.

"I wouldn't say it was as black and white [compared] to what's been reported."