© 2021 Motorsport Network. All rights reserved.
TV Tickets fashion Giorgio Piola jobs
Previous / McLaren: Sainz attractive option for 2019 F1 seat if he is free Next / Why motorsport is on the verge of the Olympics
Formula 1 / News

Of Gasly's three standout F1 results in 2018, the two in Monaco and Hungary were made possible by lengthy yet competitive opening stints on the softest tyre.

A mammoth 37-lap stint on the hypersoft, unmatched by anyone else in the race, helped Gasly to seventh in Monaco - while in Hungary he broke away from his midfield rivals during a 32-lap run on the ultrasoft, which ultimately enabled the Frenchman to finish sixth.

These performances were largely in contrast to Gasly's two-and-a-half-year stint in GP2, where struggles with the second-tier series' high-degradation tyres contributed to the eventual 2016 champion converting just two of his eight feature race poles into victories. 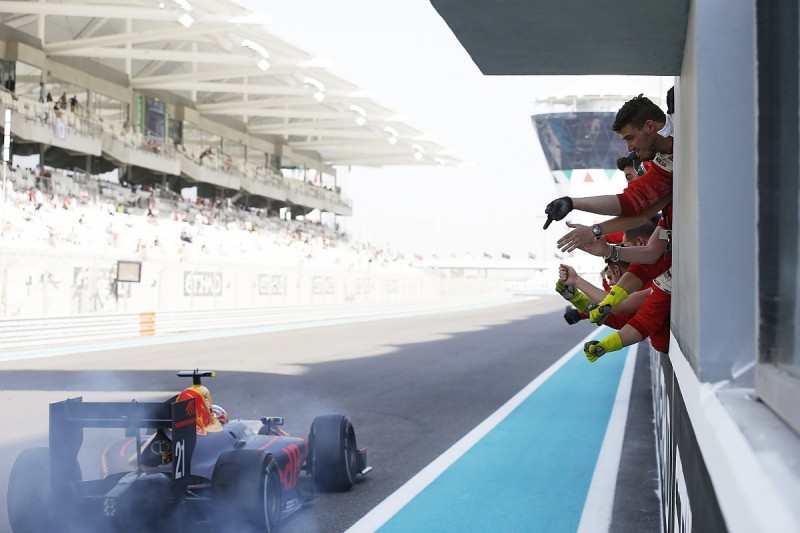 "I wasn't struggling as much as the others were," Gasly said of his opening stint in the Hungarian Grand Prix.

"I think in terms of tyre management I've just improved massively compared to my first season in GP2, where I was too aggressive with the tyres.

"I've learned a lot and now it's paying [off], so I'm really happy about it."

While he'd logged the longest stint on the softest compound in Hungary as well, Gasly insisted he could've gone further - even if he went "slightly longer" than planned.

"I did [the run] based on the strategy we had, and actually [the tyre drop-off] was even better than what we thought," he explained.

"I think I could've gone for five more laps probably, but then in terms of race time [it] was better to pit that lap and put new tyres."

The Honda-powered STR13 has been an inconsistent package, but Gasly stressed it was a formidable one on softer tyres when the balance was spot on.

He also said that the way the car handled in Hungary reminded him of the second round of the season in Bahrain, where Gasly scored a breakthrough fourth place.

"It seems that with soft compound we are pretty fast," he said. "Monaco was one of these races where we managed to keep the tyres alive for a really long time.

"You need to have a good balance as well, good stability, not too much snaps. And the balance [in Hungary], honestly, it reminded me a bit of Bahrain.

"I was really happy with the car, comfortable, I could attack without losing the rear or fighting with the rear or the front too much.

"I think we found the sweet spot [for Hungary] again and it's pretty hard for us to be in that window, but we managed to do it.

"And we know that when the balance is good we can make the tyres last pretty long."

McLaren: Sainz attractive option for 2019 F1 seat if he is free