Lewis Hamilton took victory in a sensational Formula 1 German Grand Prix while his title-rival Sebastian Vettel crashed out as a rain storm struck the Hockenheim circuit.

Vettel led for the majority of the race from pole position, but slithered out of contention from the lead, on lap 52 of the 67 race. The German hit his steering wheel in frustration at the mistake of crashing into the Turn 13 barriers.

Hamilton started 14th and took advantage of the downpour that soaked the circuit in the latter stages that caught-out a number of slick-shod drivers - including Vettel - and which led to the safety car to be deployed.

In the chaos, there was an instant reversal of fortune as a Ferrari 1-2 became a Mercedes 1-2 during the rain shower. 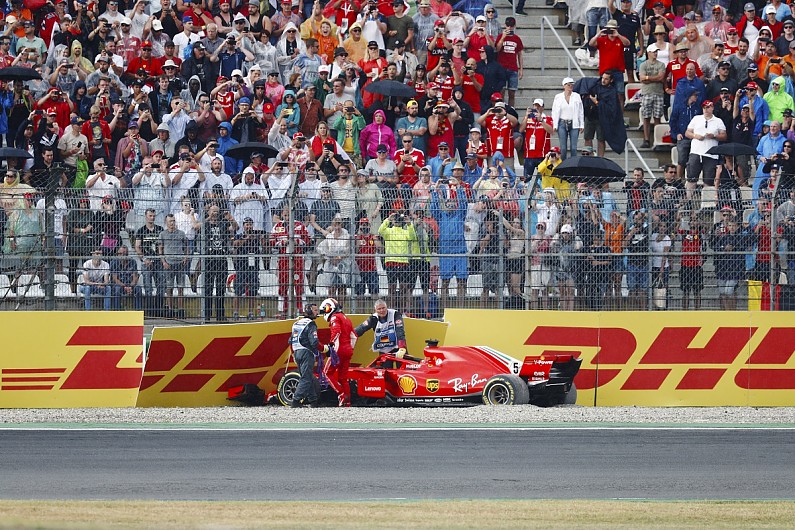 All race, teams were constantly trying to second guess the conditions and most drivers stayed out on dry-weather tyres while the storm passed and the circuit began to quickly dry up.

Bottas finished in second, but had an attempt at overtaking his team-mate when the safety car period ended on lap 57.

The Finn got alongside Hamilton at the Turn 6 hairpin, but Hamilton was just able to retain the lead. Moments later, Bottas was instructed to hold position.

Kimi Raikkonen took third place, ahead of Max Verstappen's Red Bull. The Dutchman was one of the drivers to gamble on intermediate tyres when the rain started to fall in just one section of the track.

Two laps later, Verstappen returned back to the pits for dry tyres - the gamble failed - but then the whole circuit was doused, leading to Vettel's accident and the safety car's deployment.

Nico Hulkenberg was fifth for Renault, ahead of Romain Grosjean's Haas and the two Force Indias. Sauber's Marcus Ericsson and Brendon Hartley both benefitted from the chaotic conditions to scoop the final points-finishing positions.

At the start, Vettel led away from Bottas, Raikkonen and Verstappen and was comfortably in control of his home race. By lap 25, Vettel held a five second lead over Bottas when he came in to pit from ultra tyres to softs.

His Ferrari team-mate Raikkonen was the first of the front-runners to pit on lap 14 and once the first stops were over, the Finn held a slim lead over Vettel. 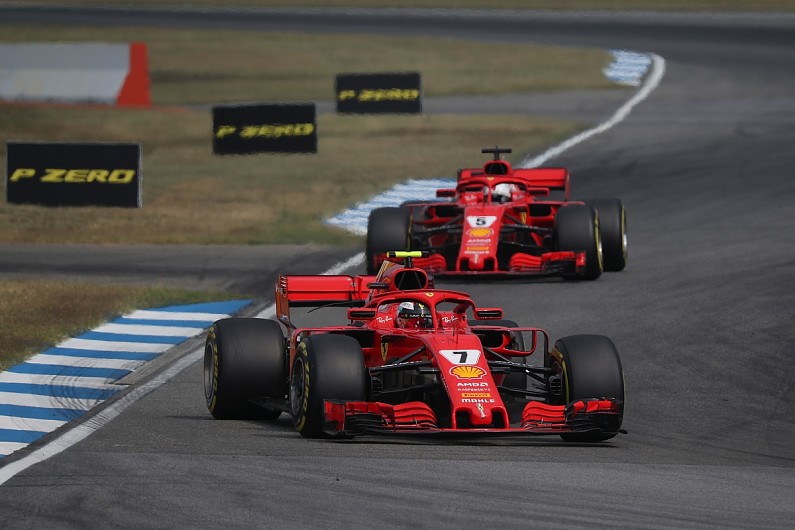 But the German was on tyres that were 11 laps fresher and Raikkonen was instructed by engineering director Jock Clear to led Vettel past.

Hamilton started on the soft tyre and made swift progress in the early laps to make his way through the field. After starting 14th, he was up to seventh by lap eight.

It was a remarkable comeback drive that has significant implications in the championship battle, as Hamilton retakes the number one spot.