European Formula 3 title challenger Dan Ticktum is a contender for a Toro Rosso Formula 1 drive next season as a replacement for Brendon Hartley.

Ticktum, the 2017 Macau Grand Prix winner, is currently second in Euro F3, one point behind championship leader Marcus Armstrong and is in the frame to partner Pierre Gasly at Red Bull's junior team in 2019.

Red Bull motorsport advisor Helmut Marko has identified McLaren Autosport BRDC Award winner Ticktum as its junior driver who would be ready for an F1 drive in 2019.

"At the end of the season, yes," Marko told Autosport.

"At the Norisring, someone drives into him from the back, he goes to the hospital, says he wants to go out again - and wins the race afterwards!

"He's fast. Crazy, but fast. It fits us. He is only one point behind and had two technical defects.

"We're looking for the fastest. If they're characters, it fits, but someone doesn't have to be this crazy for us.

"We have now normalised Ticktum to some extent."

Hartley has been under pressure after a tricky start to 2018, with McLaren junior Lando Norris approached as a possible mid-season replacement, but Marko said the plan is for Hartley to complete the season.

His future beyond that is uncertain, with Ticktum the best-placed alternative given his fellow Red Bull juniors are only at Formula Renault and Formula 4 level.

Red Bull kept faith in Ticktum despite his ban for 2016 for a crash under a safety car in an MSA Formula race at Silverstone the previous year, and made him a fully-fledged part of its junior programme for 2017. 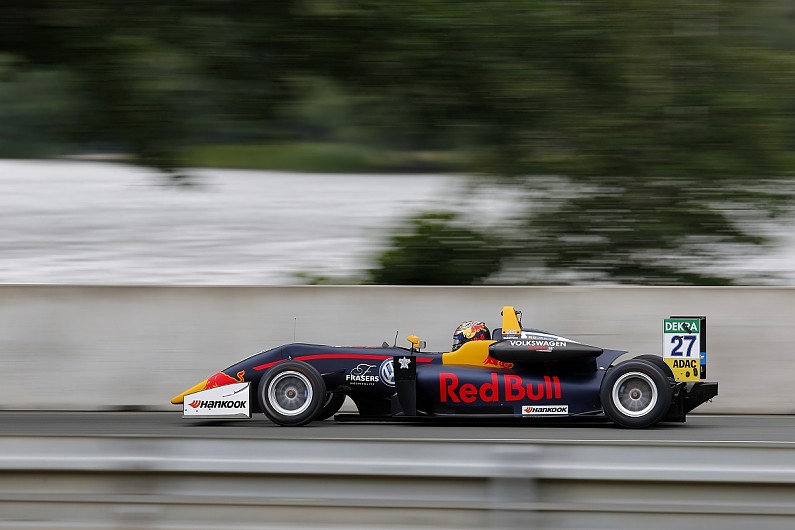 His main obstacle to a 2019 F1 seat is obtaining a superlicence.

As Ticktum has not previously held one, he needs to meet the current FIA requirement of earning 40 superlicence points across the previous three seasons.

His MSA Formula campaign gave him two points, which will expire at the end of the season, but he did not gain any from his race-winning Formula Renault Eurocup season or bit-part GP3 effort in 2017.

Assuming Ticktum wins the Euro F3 title, he would end the season with only 30 points.

This would give Ticktum the 14 points required for an International A licence, which would allow him to take part in F1 testing, and the 25 points needed to apply for a free-practice only superlicence, but not a race licence.

No exceptions have been made since the points system was introduced in December 2014 after Max Verstappen's leap from his debut F3 season to a Toro Rosso drive.

The FIA reviews its superlicence criteria each year so changes could be made that make Ticktum eligible, for example making Macau, which is also the FIA F3 World Cup, a point-scoring event or offering more points for Euro F3 success.

Fukuzumi and fellow Honda protege Tadasuke Makino were candidates to take advantage of Toro Rosso's use of Honda engines and step up to F1, but both drivers are struggling in F2 and will likely end the year with fewer superlicence points than Ticktum.

Marko said Red Bull will help Honda develop Japanese proteges but does not believe one will be ready for "at least the next two years".