Renault chief technical officer Bob Bell believes overtaking-oriented Formula 1 aero rules set to be introduced in 2019 do not "do justice" to the research undertaken by teams.

A number of regulation changes for 2019 were approved by the F1 commission at the final opportunity last month, and include a simplified front wing and brake duct as well as a wider and deeper rear wing.

These were initially proposed by F1's R&D team but outfits were then invited to conduct own research, the findings of which, according to the FIA, indicated the changes would have "a positive impact on racing and overtaking".

Teams were split 50/50 between those backing the proposals and those voting against, with the measure also requiring the support of the FIA, FOM and sponsor and promoter representatives to pass.

Renault is believed to have voted against the plan, and Bell said although the FIA's move to involve teams in research was positive, he argued that process did not produce sufficient evidence in favour of implementing changes.

"We contributed to [the research] - which is a good step, because I think the teams are the organisations with all the capacity to do that sort of stuff, and know how to do it," Bell said.

"But I'm just not sure that it's been done justice to, I think it's all been a bit late.

"I'm not against the principle of changing the design of the cars to try and improve overtaking, nobody would be.

"But I think what I would be against is trying to do it in a hurry without really fully proving that they [the changes] are the way to go, and also doing it in a hurry and forcing the teams to react in a less cost-effective way.

"I would have preferred to wait, put all our effort into getting the 2021 regs right, and not try and introduce in a hurry something that hasn't necessarily been fully thought through."

Red Bull team boss Christian Horner, who lambasted the 2019 proposals as being based on "immature research", has argued the rules would only serve to create "a bigger divergence" in an already spread-out F1 grid. 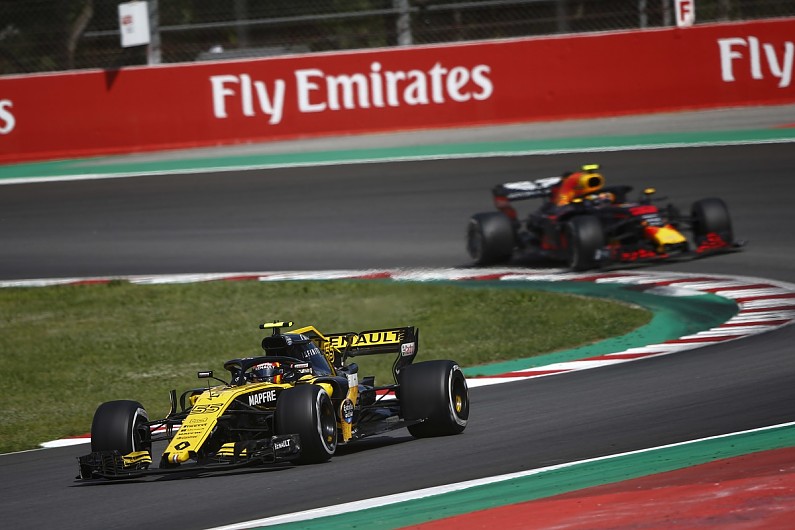 When asked whether aero changes would create an opportunity for Renault to close the gap to F1's runaway big three teams, Bell echoed Horner's viewpoint.

"There are two schools of argument," he said.

"If you throw all the chips up in the air and there's a chance that that disruption will allow the teams that are behind to catch up in some way, there's more opportunity, it levels the playing field.

"I'm not sure [about that]. It tends to play to the strengths of the bigger teams who've got more resources because we are now faced with a decision that will be worse than it would otherwise be - when do start backing off on the development of this year's car to focus on next year's?

"If you've got more resources, more people, then it's a slightly easier decision."