Plans for a Formula 1 grand prix in Miami should take a crucial step forward on Thursday with a city commission vote looking like a formality.

A resolution supporting the race, sponsored by Miami mayor Francis Suarez and three of the five city commissioners, will be considered during a day of regular city business.

The five commissioners will then vote on whether to proceed, and as three of them have indicated their support by sponsoring the resolution and only three votes are required, it looks likely to be passed without drama.

He has been asked to return with a 'host city contract', ready for further analysis by the city commission, before July 1.

One complication is the proposed use of the bridge to Dodge Island, which is the main route the city's port, although there is also a tunnel.

Along with other authorities the port director will have to agree to the restricted access.

ADAM COOPER: Why Miami plan is a vital test for F1

Miami commissioner Ken Russell, whose waterfront District 1 includes the proposed circuit layout, was not one of those invited to sponsor the resolution but has indicated he will support the project.

"The city of Miami has a very exciting brand that we believe is on a par with F1," he told Autosport.

"We think fans of F1 would like to see a race here.

"Hopefully there's something we can work out together. We're optimistic, and Thursday will be the first step towards discussions.

"The port makes for a very exciting track, with the bridge. You're connecting two pieces of land with a pretty exciting vista so it's a good addition to the race.

"Logistically it also makes it easier to implement with regard to a pretty congested downtown." 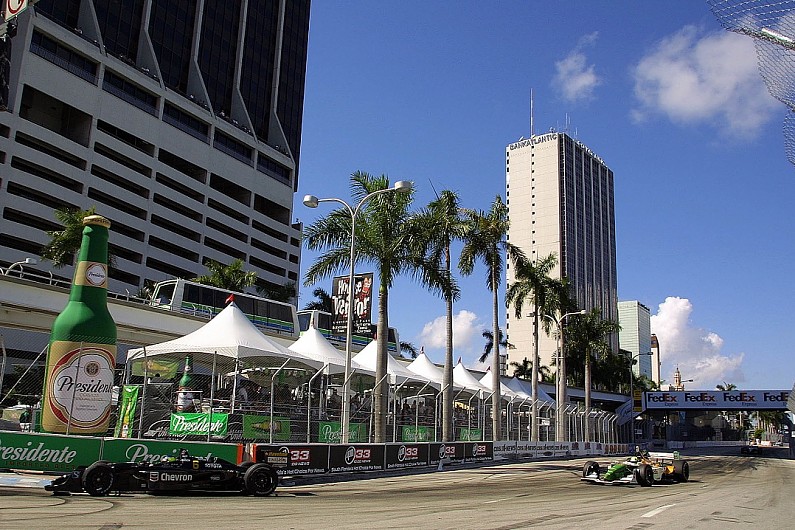 Liberty has suggested Miami will not follow the traditional model of a promoter - in this case billionaire Stephen Ross - paying a substantial sanctioning fee.

A proposal document for the event notes that "following Miami guidance, an atypical commercial model is being developed to enable the race to take place".

Some sources have suggested that could involve some form of risk or revenue sharing joint venture between F1 and the promoter, or even be a 'free deal' similar to Monaco's long-standing arrangement.

F1 boss Chase Carey declined to give details but confirmed Miami's deal was likely to be different.

"We knew going into the US market you're going to have unique aspects to it," said Carey.

"That would be true with other agreements we have in other places. Everyone assumes that these deals are a one-note song, but realistically there are a lot of moving parts."

The originally suggested June 2019 race date, paired with the Canadian GP, would have avoided the NBA season but an October slot has now been mooted.

In 2017 Miami Heat had eight home games in October.