Mercedes technical director James Allison says sticking with the long wheelbase concept for the 2018 Formula 1 season was "a no-brainer".

The team struggled to understand its 2017 car, which featured a long wheelbase and ran noticeably less rake than teams such as Red Bull, early in the season but still clinched the constructors' title and took Lewis Hamilton to the drivers' crown.

Rival Ferrari has moved its wheelbase philosophy slightly towards Mercedes' after running a shorter 2017 car.

Allison insisted Mercedes could gain more by continuing to develop its current ideas rather than spreading R&D resources too thinly exploring a major change.

"The long wheelbase is something we decided very early on was an asset to us, and I'm pretty sure we're still right on that," said Allison.

"It's much, much easier having a decision like that under your belt, because then you're not running two windtunnel programmes with two wheelbases, two models, two different things.

"You can be pretty certain the gains you got last year will be inherited by the car this year. If you're pretty sure the wheelbase is an asset, then carrying it over is an absolute no-brainer.

"The rake of the car is just a thing you work on all the time.

"We try to make the mechanical grip part of our suspension work nicely with the aerodynamic package that the aero guys work on, and where we have the broad peak of our best rear downforce performance is a little lower in ride height than some other cars. But we're not so bad!

"The peak rear downforce moves up a little bit for this year's car, but we certainly won't be in the sort of rake territory that we saw the Red Bulls and co in last year." 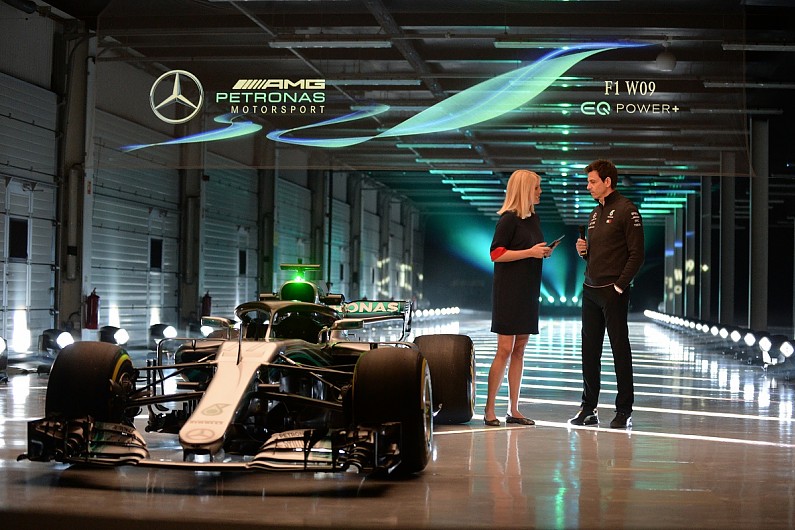 Allison said changing concept was a bigger risk for Mercedes, as F1's pacesetter, than smaller teams.

"The aerodynamic detail on the cars is considerable," he added. "There is much more opportunity to make them worse than make them better.

"Even if you wanted to pursue a new and different concept, you expect to find a fair amount of loss before you get back into positive territory.

"And that concept for us looked like a change that would spend too much time in negative territory before it might eventually perhaps go positive.

"If you're a car that's sitting a long way down the grid, then you have less to lose by changing direction. You know the path you're on is not right."

Allison said Mercedes' engine department - which will introduce a new concept this season - led by Andy Cowell had "bent over backwards" to accommodate the design team's requests.

"Andy's guys had to work on things that had much longer lead times, and if we had taken bad decisions, recovering from it in Andy's world would have been very hard," said Allison.

"It's a much braver project in Brixworth than it was in Brackley."