Sauber says it has lengthened the wheelbase of its 2018 Formula 1 car, a change that offers clues about what supplier Ferrari may have done with its new challenger.

The Swiss outfit revealed its aggressive new C37 on Tuesday, featuring Alfa Romeo branding as a result of a closer collaboration with Ferrari for the 2018 season.

The new car features a different aerodynamic and mechanical concept to its predecessor - including following the lead set by Mercedes and Toro Rosso last year of having high front wishbones to help clear up airflow underneath the chassis.

The car's wheelbase has also been lengthened for aerodynamic reasons, with increasing suggestions that Ferrari has also elected to go with a longer base compared to last year.

Sauber technical director Joerg Zander said: "The C37 is an all new race machine. It is based on a much more innovative and radical aerodynamic concept.

"You will note that the nose and front wing concept has changed.

"The wheelbase has been changed which means the front axle is moved further forwards.

Why Sauber-Alfa is already on another level

"We also changed the wishbone height to a larger height in order to enhance aerodynamic performance and as well we changed the inboard suspension elements to a much more compact and lighter design.

"Further back you will see the bodywork is much more slender.

"The packaging around the new cooling system is very tight. The design office has put a lot of effort into this."

First glimpse of the #C37 on track? So much to do in so little time ? #filmingday #f1 pic.twitter.com/s96codovYP

Sauber agreed a new deal with Ferrari to use its latest specification engine and gearbox for 2018, and the C37 will also use the same rear suspension as the manufacturer.

"At the back of the car we have the new 2018 Ferrari engine which will power us to very good positions," added Zander. 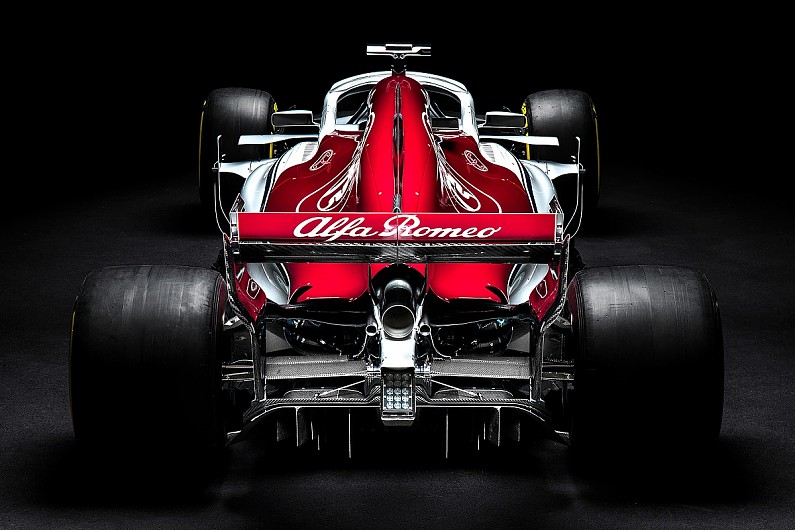 Zander hopes that the C37 is a stable car for drivers Marcus Ericsson and Charles Leclerc. Major updates on the car are also set to be introduced in the early stages of the season.

"There is a development plan in place for 2018 and we are going to introduce major upgrades on the aerodynamic package," added Zander.

"There will be new floors and a new front wing, and perhaps also new bodywork elements being introduced.

"We split those in the beginning or first half of the season to some particular races.

"Later, in the second part of the season, there will be some key upgrades presented."