Rain started falling just before the scheduled start of the afternoon session and soon intensified, leading to race control choosing to delay the start of practice two.

Rivers formed around the undulating Suzuka circuit, with teams entertaining the crowd by creating miniature rafts and boats and sailing them down the pitlane. 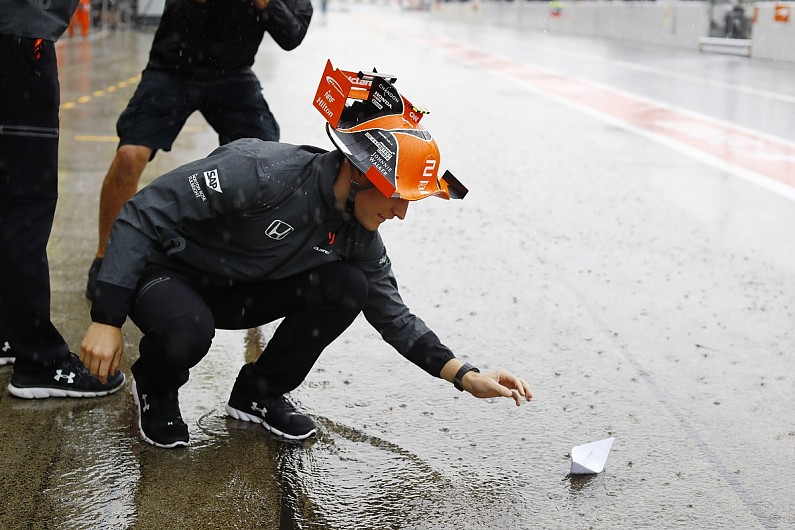 The rain finally stopped and with just over 45 minutes of the session to go, running got under way.

Kimi Raikkonen was the first driver to venture out on full wets, soon followed by Renault's Nico Hulkenberg and Jolyon Palmer followed suit on the same rubber, with all just completing installation laps.

Some teams were keen to save fresh sets of the full wets for later in the weekend and therefore chose not to go out as conditions did not improve enough for intermediates.

Force India was not one of them, with Sergio Perez the first to complete a timed lap with a 1m51.345s, before being usurped by team-mate Esteban Ocon.

Championship leader Lewis Hamilton then pumped in a 1m48.719s to go quickest, 0.799 seconds ahead of Ocon.

The Williams of Felipe Massa and Lance Stroll were the only others to set a timed lap, with six drivers - Daniel Ricciardo, Romain Grosjean, Pierre Gasly, Kevin Magnussen, Max Verstappen and Valtteri Bottas - failing to head out at all. 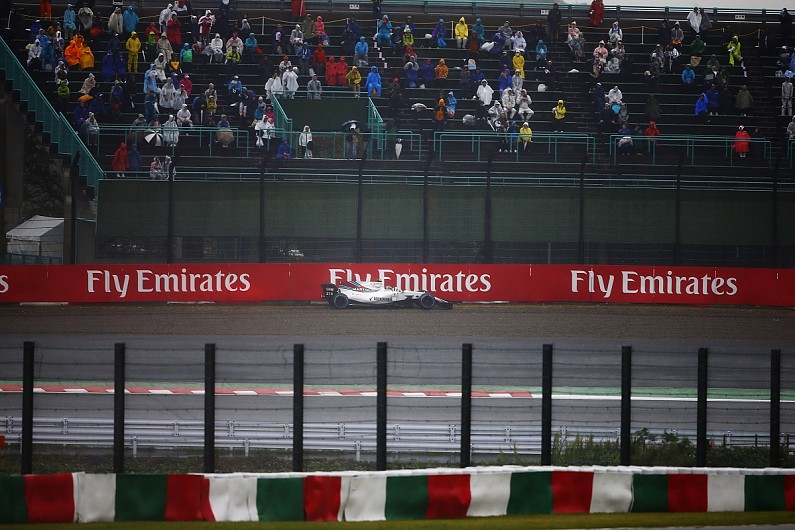 Stroll had a moment at Turn 1, running through the gravel but just missing the barriers before rejoining the track unscathed.

Toro Rosso did an impressive job to repair Carlos Sainz Jr's car, following his crash in first practice, so he could get out for an installation lap with around 20 minutes to go.