The Frenchman joined the Red Bull programme in 2014, after winning the 2013 Formula Renault Eurocup title, and became a race winner in Formula Renault 3.5 and the 2016 GP2 champion.

Asked if he felt nervous on his first weekend as a Toro Rosso F1 driver, Gasly replied: "I was actually surprised when I was in the car because I didn't feel so much the pressure.

"I just felt good because I was exactly where I wanted to be since I was a kid.

"By the time I was coming out of the pitlane I was already thinking about what warm-up I had to do and making sure I would be competitive.

"It's something I am pretty pleased about.

"I've been put under massive pressure from Red Bull since I'm in the programme and definitely it's helped me a lot to handle the situation pretty well today."

Gasly progressed to the second part of qualifying with ease after a superb lap that put him eighth-fastest in Q1.

His best lap in Q2 was slower than that effort, and although he was happy to be so close to Sainz he suggested he could have bridged the 0.15s gap with better tyre preparation.

"In Q2 I didn't manage to extract everything in the second run," said Gasly.

"Everyone was queuing and I didn't get the right temperature in the tyres for the first sector.

"I lost like two and a half tenths up to Turn 5, and gained a bit in the last sector finish a tenth off compared to my best." 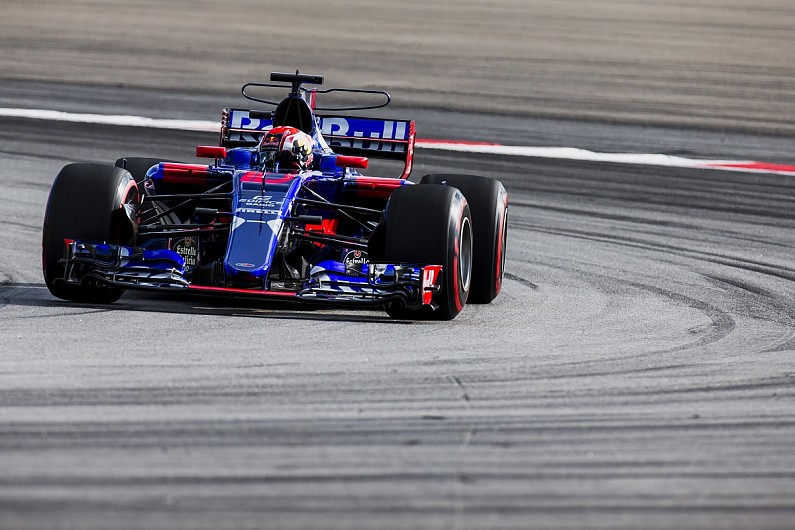 With Sainz still several tenths from the top 10 in qualifying, Gasly conceded it would be difficult to score points on his debut.

"I've been talking with Carlos [throughout the weekend] and it seems to be quite difficult.

"To deal with the degradation and to really feel how much you can push and how much you have to save will be key for the race.

"There will be things to learn but I will push flat out and hopefully we can fight for good positions."

Sainz said Gasly was "as fast as I was expecting him to be" and "I can perfectly see he understands Formula 1".

"He's done a lot of testing with Red Bull, he knows the systems of the car, he knows how to give feedback to the engineers," added Sainz.

"He has 2-3 years of experience of testing in that period, so I can see he was ready for this step."