Aston Martin's new deal with the Red Bull Formula 1 team is all about title sponsorship, rather than engine manufacturing or branding - the chassis won't be known as Aston Martins.

In that sense this is a very similar deal to the one Red Bull had with another luxury carmaker, Infiniti, during its dominant years from 2011-13.

That ended when Renault started its own F1 team and Red Bull lost its status as the works engine outfit.

One key difference this time is that most people who follow F1 will already know what Aston Martin is, whereas with Infiniti there were many who still didn't know what the product was even after several years of it being prominent on Sebastian Vettel's championship winning cars.

The comparisons with the Infiniti partnership are even more valid, when you consider that Christian Horner has done both deals with the same man; Andy Palmer was CEO of Infiniti and is now CEO of Aston Martin.

The story that Aston Martin wants to tell here is one of innovation and technology. The company will embed engineers in the Red Bull campus in Milton Keynes, which is only half an hour's drive from the Aston Martin base, and the partnership will also work on more projects like the Aston Martin Valkyrie supercar, a limited run of 15 cars at $2.6million apiece that was snapped up by buyers. The car is made to measure around its owner's size. 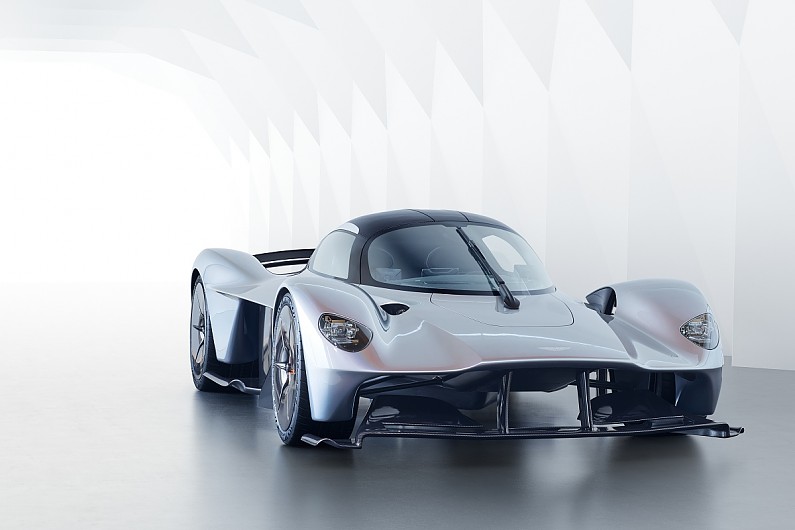 The Valkyrie is Aston's 1000 horsepower V12-powered rival to the Mercedes-AMG Project One, which was announced recently and which shows a new trend for limited edition F1 inspired supercars, priced in the millions of dollars, that sell to the super-rich.

The halo effect of pairing Aston's engineers and designers with Adrian Newey and his staff is clearly a compelling proposition for the Aston Martin management and it's giving some sheen to the road car brand in the eyes of buyers.

The two companies claim that a combined 110 new jobs will be created to work on new supercar projects together at a new Advanced Performance Centre in Milton Keynes.

There's only one problem: the engine

The Aston Martin Red Bull Racing F1 team has a serious problem to deal with in the short term, which is to find a competitive engine. It will lose its supply of Renault units from the end of 2018 and although it is testing out the works Honda engines in the Toro Rosso next season, few hold out much hope that this will be the silver bullet that ends Red Bull's weakness in this area.

All the noises from sources with knowledge of the Honda F1 project suggest that the fixes necessary to change the management culture and make that engine competitive are not in place and there is little sign of that changing.

Another difficult year is in prospect for 2018 and it would take a massive leap of faith - or the ability for Red Bull and its proxies (like Mario Illien) to directly intervene in the programme in the next 12 months - to make Honda a viable bet for the main Red Bull team in 2019.

The discussions around future F1 engine technology continue, driven by Ross Brawn and his team, but the latest noises are that the manufacturers seem to be pushing for the continuation of the MGU-H component of the hybrid system, which is the costly and complex element.

Palmer has stopped short of getting Aston involved on the engine building side, as the firm is tiny in comparison with Mercedes and even Ferrari.

But he did note rather optimistically: "The power unit discussions are of interest to us, but only if the circumstances are right. 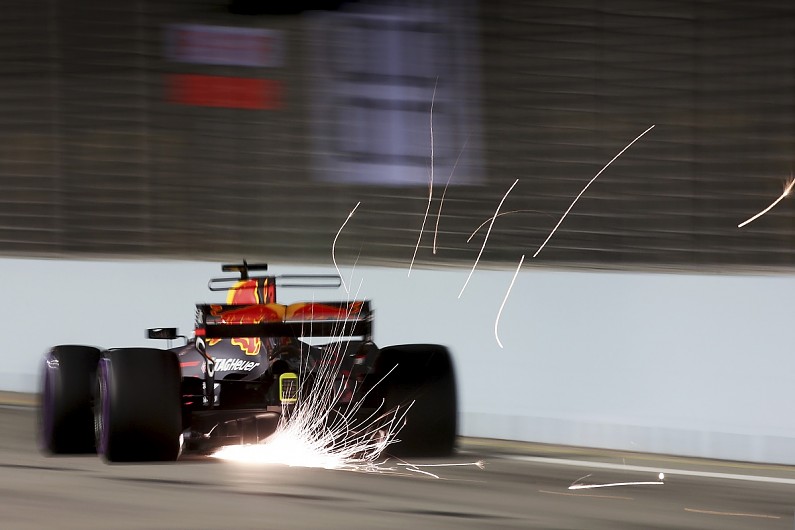 The power unit has always been the weak point of the Red Bull Racing proposition and between now and 2020 (ie three seasons) that will continue to be the case.

It is of concern to the team's star drivers, Daniel Riccardo and Max Verstappen, both of whom urgently want to win.

From 2021 onwards, there should be some form of independent engine maker, like Cosworth, able to supply competitive engines at competitive prices. It is one of the key pillars of the F1 plan Brawn is trying to develop with the FIA rulemakers and manufacturers.

Red Bull's owner Dietrich Mateschitz is frustrated by this hybrid power unit era of F1, by its cost and what he considers its divisiveness and lack of entertainment value.

His investment in Red Bull Racing has had to increase with the loss of prize money and the Infiniti money (from 2014 onwards); estimates put it at a net spend to Red Bull of around $40m a year now, compared to $10m in 2013.

So you can see why there was pressure from the top to bring in a title sponsor to get that spend down.

If Mateschitz ends up with an uncompetitive Honda engine in 2019 and the new rules from 2021 don't move the engine formula in what he considers the right direction, one can imagine him thinking of packing in F1.

He has threatened it in the past, but if his key indicators are all in the wrong direction maybe this time he would quit.

Against that is the growth of the F1 business under Liberty Media. If there is more coming back in revenues, costs are brought under control so the net spend is minimised and the Red Bull brand is reaching more and younger audiences, then the decision to leave becomes harder.