The FIA World Motor Sport Council has formally approved a change which will allow teams to run current 2018 machinery, or year-old 2017 cars, in demo events next year.

The change will make it easier for teams to run their current cars away from race weekends and official test sessions next year, but only at events organised by the commercial rights holder.

F1's rules contain tight restrictions on the testing of current cars, which are officially defined as those built to the regulations of the previous season, the current season, and the following season.

Previously, teams have only been allowed to run two demo days with current cars between the last race of the season and the end of the calendar year, for no more than 15km, and "at the sole discretion of the FIA, and with the full knowledge of all competitors".

In effect such days are for teams who may want to celebrate a world championship victory at the end of the season, something that Mercedes has done in the past.

Despite the rules being opened up for next year, the 15km limit has been retained, and it is specified that "no such demonstrations may take place on track configurations currently approved for use by Formula 1 cars".

Because of the restrictions teams have always done other demonstration runs with older cars, which is why the most recent machines used at the London event were from 2015.

Force India and Haas did not take part in London as they did not have available machinery - Haas does not have a two-year old car - while Renault and McLaren used historic cars.

Often finances or logistical issues such as a change of engine supplier make it impractical for teams to main two or three-year-old running cars. 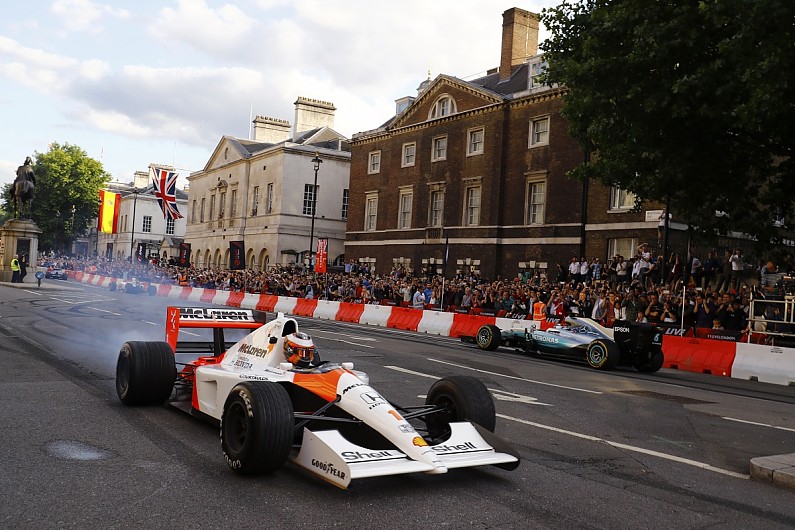