McLaren still hopes the "complicated" engine merry-go-round that could result in it swapping Honda for Renault engines for the 2018 Formula 1 season can fall into place within days.

The team's prospects of a Renault switch depend on it convincing Honda to link up with Toro Rosso, which would free up the Italian team's supply of Renaults.

Toro Rosso had wanted a decision from Honda about a 2018 deal by the end of the Italian Grand Prix weekend.

But with the FIA and F1 chiefs stepping in to help try to move things forward, it is looking increasingly likely that the final pieces of the jigsaw will fall into place over the next 48 hours and allow the deal to go through.

While McLaren racing director Eric Boullier conceded the matter was not straightforward, he remained hopeful a solution that would keep Honda in F1 could be sorted.

"It is complicated because you want to do the best for F1 as well, it is not only for McLaren," said Boullier.

"Whatever will happen, and it is a good collaborative work with all the parties in the paddock, we all try to make the best of the situation. 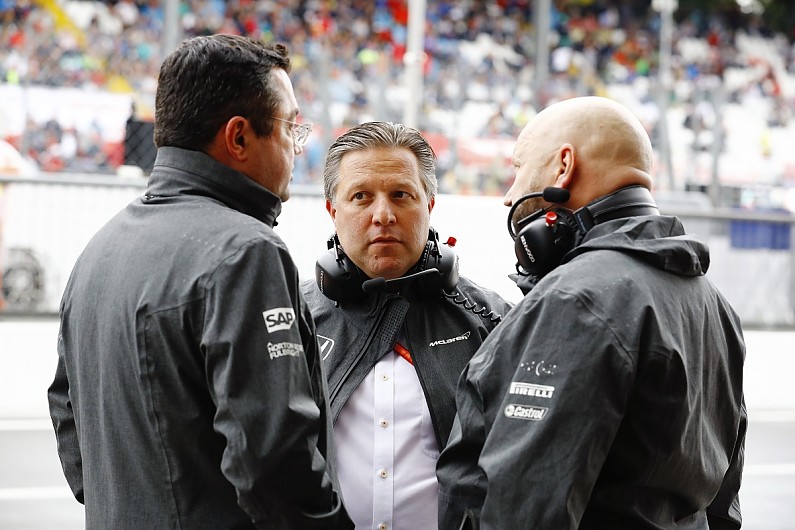 McLaren executive director Zak Brown said that nothing was yet guaranteed, despite the indications that a deal could be closed once the Honda and Toro Rosso situation was finalised.

"There's a couple of different scenarios," he said. "That's the scenario that everyone's waiting to hear, if something's happened with those two. But that's not the only scenario."

He added that he was still hopeful an "ideal scenario" where "everyone's smiling at the end" was achievable.

Beyond the question of supply, there are also understood to be issues relating to compensation payments for the early ending of contracts.

Another scenario that has been suggested is that Renault wants to take Carlos Sainz Jr off Toro Rosso's hands in exchange for an early end to its contract with the team.

Boullier added that it was getting late for McLaren to know its future engine supplier.

"We need to know what we do and where we go because there is now a timing issue with the next year's car design," he said.