Jolyon Palmer concedes he has previously allowed himself to get distracted by his Formula 1 team-mate's performance, and that it has led to him overdriving his car.

The Briton is enduring a torrid start to his second F1 campaign, failing to score a single point in seven attempts while team-mate Nico Hulkenberg has amassed 18.

In qualifying, Palmer is on average 1.189s slower than Hulkenberg - the biggest deficit of any team-mate on the 2017 grid - and has made Q3 just once this year.

"I've got to drive the best I can drive and whatever happens on the other side, that's another story really," said Palmer.

"I've just got to be happy with the job I'm doing, which is to get the most I can out of the car.

"Previously, maybe I have been guilty of being too distracted and overdriving at times.

"It's just focusing on what I'm doing and not always looking at the other side of the garage." 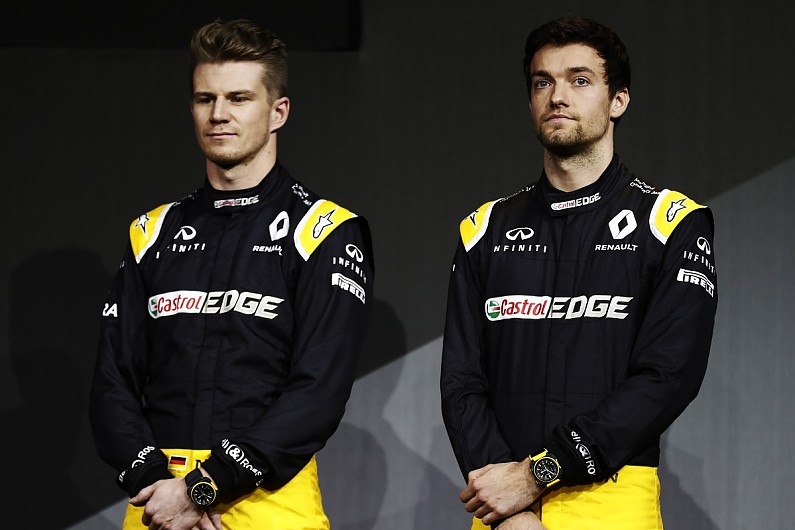 Palmer lapped within two tenths of Hulkenberg in Q1 in Canada, but could not explain why he lost grip that ballooned that gap in Q2.

When asked what is key to improving his qualifying form, Palmer said: "I don't know.

"For me, my focus is to drive well and if I'm driving well, then I need a better set-up to get more out of the tyres.

"Some places we've gone, there's been more in the driving.

"For me, there have been little mistakes here and there,

"But sometimes I'm happy with how I'm doing and there is still a gap there - so I don't know."

Palmer said getting the 2017 tyres to work was proving to be a major challenge, as has been the case for several drivers on the grid.

"When they are in, you have grip, but when they are not in, you don't have grip - it's a pretty massive difference.

"It's why people are struggling at certain times and then for no apparent reason they find pace.

"Normally it's because they are working the tyres better and you have grip.

"The tyres are much more sensitive than they were last year.

"Last year was much easier to deal with and the window seemed to be a bit wider."