The French Grand Prix is expected to return to the Formula 1 calendar in 2018 with a race at the Paul Ricard circuit.

The track, which last held an F1 race in 1990, is set to announce a deal on Monday, putting France back on the calendar for the first time since its last race at Magny-Cours in 2008.

F1 supremo Bernie Ecclestone told Reuters "I think it will happen", tipping the race for "more or less" the German GP's recent late-July slot in the calendar.

Germany fell off the 2017 schedule following this week's FIA World Motor Sport Council, after which a revised calendar for next year was revealed.

Paul Ricard ceased hosting racing events in 1999, when it was revamped into a circuit only for testing. 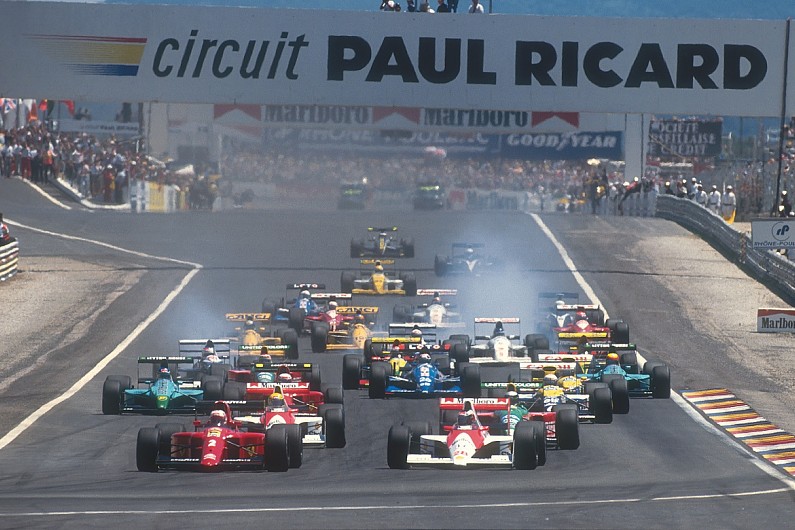 International motorsport gradually returned to the venue in the mid-2000s, first with the FIA GT championship in 2006, and since then major single-seater championships including European Formula 3 and Formula Renault 3.5 have raced there.

While the redesigned circuit was not initially equipped to host many spectators, over the years that followed the return of major racing facilities were increased to allow for more fans to attend events.

Contemporary F1 machinery last took to the track in January of this year, when Ferrari, Red Bull and McLaren took part in a wet-weather tyre test for Pirelli with their 2015 cars.

The French GP nearly returned to F1 for 2013, with Ecclestone declaring a deal was "done" in April 2012, and the race was also in the running later that year when a GP in New Jersey failed to materialise.

During the previous talks about F1 returning to Paul Ricard, circuit bosses declared that the plan would be to use its full layout, rather than the truncated version used from 1986-90 in the wake of the death of Elio de Angelis in a testing accident.

The subject of whether the layout would include the use of a chicane on the famous 1.1-mile Mistral Straight was also debated, with track director Stephane Clair saying at the time it would be up to the race promoters.

Reports emerged in 2014 that Magny-Cours was trying to revive the race, but while Ecclestone accepted "they are knocking on the door", he also ruled out the chances of the French GP returning for 2015.