Red Bull appears set to head into the 2016 Formula 1 season with an unchanged driver line-up on the back of Daniil Kvyat's return to form.

Daniel Ricciardo is under contract for the team's other seat, and although he had raised the possibility of a move to Ferrari, that avenue closed with the announcement of Kimi Raikkonen's new deal.

Although not helped by the issues surrounding Renault's engine, Kvyat responded with improved results including second in Hungary and fourth in Monaco and Belgium.

After 11 races Kvyat has now edged ahead of team-mate Ricciardo in the drivers' standings by six points, and according to team principal Christian Horner appears assured his seat for next year.

"I don't see any reason to change it," said Horner when asked about his line up for '16.

"We don't have any rush to make a decision, both the drivers are on long-term contracts, but it's a successful partnership and it's working well."

Red Bull is currently enduring its worst season since 2008, primarily as a result of the Renault engine being down on power compared to its rivals Mercedes and Ferrari.

After so much success, with Red Bull not out of the top two in the constructors' championship over the last six years, Horner recognises change was inevitable, not least with Sebastian Vettel moving on and Adrian Newey taking a back seat.

"It is evolution. Any team or business needs to keep evolving. Nothing stays static forever," added Horner.

"As for Adrian, he is still very much involved, just in a slightly different manner, and we've talent that is emerging.

"Like any business it has to continue to evolve, and we are going through that period of evolution."

Red Bull now feels it is on top of its chassis issues that were also a problem earlier in the year following the regulation changes over the winter.

"Considering we had a Monza rear-wing on the car, our pace - particularly in sector two which is a bit of a telltale sign - I think we were the second quickest car through there all weekend.

"And considering the lack of downforce on the car, if you look at the size of rear-wing we ran in comparison to our competitors, it demonstrates the chassis is in a pretty decent state."

Horner's remarks suggest Red Bull will be unaltered, and with Carlos Sainz Jr and Max Verstappen performing superbly at 'sister' team Toro Rosso its entries should also be unchanged.

Williams appears likely to confirm Valtteri Bottas and Felipe Massa as its pairing, and while Lotus duo Romain Grosjean and Pastor Maldonado have contracts for next season, much depends on whether Renault takes over.

At McLaren, Fernando Alonso is contracted, but the second seat is up for grabs for although there is an option on Jenson Button, the team may yet choose either of its reserves in Kevin Magnussen or Stoffel Vandoorne.

Force India, Manor and Haas are the three teams where both seats are available. 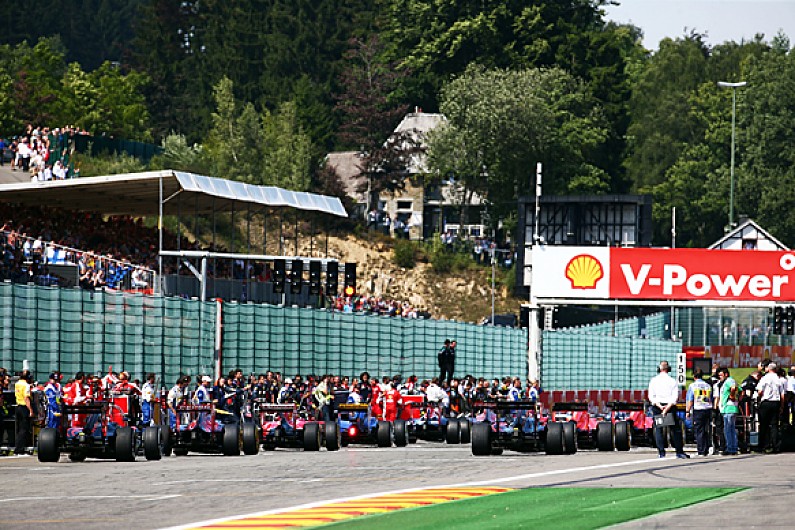