Renault has contacted the FIA regarding the new Formula 1 superlicence criteria that the governing body revealed earlier this week.

The French manufacturer's junior single-seater categories - Formula Renault 3.5 and 2.0 - were graded lower than expected, with FR3.5 worth fewer points than the Formula 3 European championship, and FR2.0 ranked below FIA-backed domestic Formula 4 series.

AUTOSPORT understands that the FIA's points system caused surprise at Renault this week, and that the manufacturer has reached out to the governing body to open a dialogue on the new arrangement.

It is also understood that the FIA contacted manufacturers, including Renault, in December saying that it planned to work on a superlicence points system over the course of 2015 after talking with several important stakeholders in junior single-seater racing.

The French manufacturer is now keen to establish if the points system revealed earlier this week is up for discussion.

Renault has also written to its teams - with a copy of its communication seen by AUTOSPORT - assuring them that "we will take all the opportunities to defend our championships".

DAMS boss Jean-Paul Driot, who runs successful teams in GP2, FR3.5 and Formula E, believes that FR3.5 can still prosper despite the FIA's grading of the series, but he also believes that the matter needs to be discussed.

"I think there should be an objective discussion among the promoters of these championships, in order to have a decent consensus on what has to be done [with the ladder to F1]," he told AUTOSPORT.

"This is the only way I see it working - all these people have to sit down together, and they must come up with a joint solution. 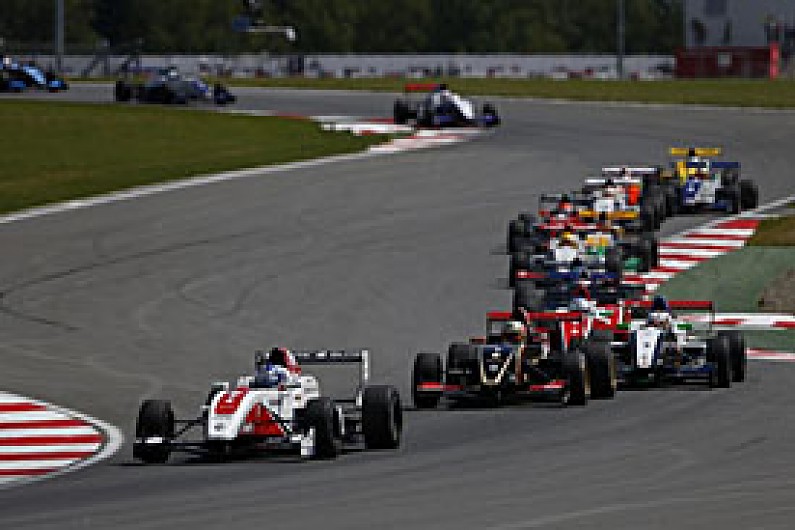 "It could make things harder in 3.5, but there is a difference in budgets, and people who cannot afford GP2 will still go to 3.5.

"Anyhow, if you win the 3.5 championship it still means you are a good driver."

Strakka Racing, which recently added an FR2.0 squad alongside its FR3.5 programme, fears that the FIA's grading of Renault's championships could make it harder to attract drivers.

"We were surprised by the decision, but we remain focused on these championships," said Strakka team principal Dan Walmsley.

"It could well be harder to attract drivers but once they talk to use and understand all the Renault championships offer in terms of experience and value, they will see they remain a really strong training ground.

"FR3.5 is a proven and credible feeder series for F1, and is considerably better value when compared to an F3 season."

Arden Motorsport, which runs cars in GP2, FR3.5 and has just started a team in the FIA F4-based MSA Formula in the UK, welcomed the FIA's efforts to tackle the F1 ladder.

Arden's sporting manager Julian Rouse told AUTOSPORT: "There's some surprises in there, but the idea is a positive one.

"I think it can help the junior categories on the whole, but obviously the new system will please some people and frustrate others.

"If it requires drivers to take a more structured route to F1, then hopefully that can help the current situation with the junior categories."

One senior figure from a major single-seater team that races in multiple categories, told AUTOSPORT that he was concerned about how the FIA had come to its ranking for each series.

"This is obviously a political move," said AUTOSPORT's source. "Clearly they want to make things a bit more restricted in terms of the number of championships.

"Otherwise I don't see how you can have so many points between 3.5 and GP2. There is no logical explanation."