A "revolution" in the way Formula 1 presents itself to fans is required if the sport is to survive and prosper, according to new Ferrari chairman Sergio Marchionne.

He fears F1 is threatened by growing competition from virtual entertainment offered via the internet, and urged the sport's power-brokers to embrace new ideas for communicating with a younger audience in a more accessible way.

"We must simplify and streamline and make the sport a lot more appealing for the world we live in," he said.

"Otherwise we risk the possibility of just taking selfies and nothing more.

"We must, in fact, make a real revolution and work on this and I think we can do something on this in 2015."

Marchionne's message follows controversial statements from F1's commercial tsar, Bernie Ecclestone, who said recently that the sport didn't need younger fans because they are not the target market for F1's sponsors. 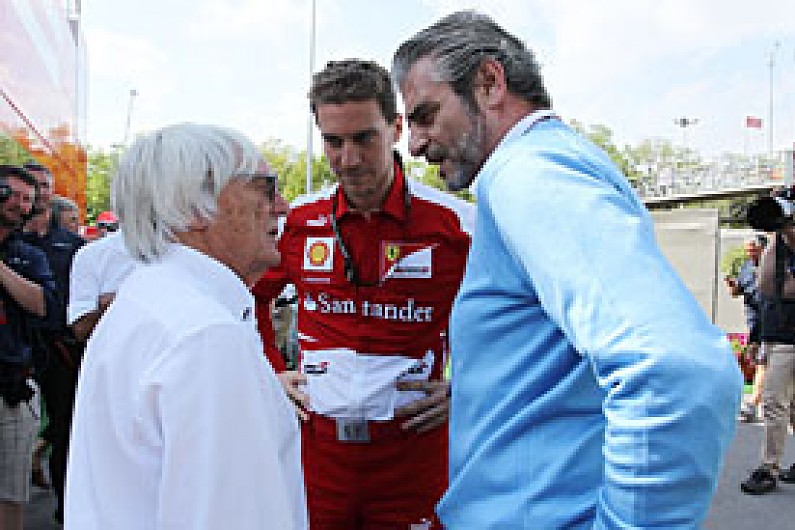 Marchionne's comments were echoed by new Ferrari team principal Maurizio Arrivabene, who said F1 should consider such notions as opening up its driver press conferences to fans, to make the sport more accessible.

"We have a real possibility to make a show there, and a real opportunity to give some access to young people," Arrivabene said.

"We wouldn't need new regulations to do this, we just need the willingness to do it.

"We have, in fact, been talking about this in the past few days."

He warned that F1 had drifted "too far from the people", losing focus on entertainment and value for money.

"Formula 1 must give people what they want in terms of the show," he added.

"People are buying tickets - and expensive tickets - to watch F1.

"We have to listen to them and watch them and bring the sport closer to their needs.

"This is beneficial for everyone."

Describing the internet as "a real competitor", Arrivabene added: "We have to respond to the needs of fans or we will find empty tracks and just give awards to ourselves because no-one will be watching any more."