Formula 1's big teams will not be asked to run a third car by the FIA next season, even if Marussia and Caterham fail to return.

Marussia's assets are due to be sold off later this month, which will mark the end of the team, while Caterham's administrators are still seeking a buyer that can secure the future of the Leafield-based squad.

If either does make it back, then the grid will be back up to 20 cars - a number that fulfils all commercial and sporting arrangements with the FIA and Formula One Management.

However, if neither makes it back then the grid will be less than 20, which is the point at which F1's chiefs can step in.

F1 contracts state that if there are less than 20 cars, the FIA can request that specific teams - starting with Red Bull, Ferrari and McLaren - run an extra car if they are given at least 60 days' notice.

The FIA elected against requesting third cars for the United States (pictured) and Brazilian Grands Prix because of the time constraints, meaning there were just 18 cars on the grid there.

But even though there is enough time to warn teams ahead of 2015, FIA president Jean Todt has made it clear that he sees no reason to push for third cars next year.

"We can race with nine teams - it is not a disaster," said Todt, when asked in a recent interview what the FIA would do if there were only nine teams.

"I remember in MotoGP there were 16 motorbikes and it was still a good race.

"It is clear - the action is more at the front than at the back."

NO TEAMS CRISIS IN F1 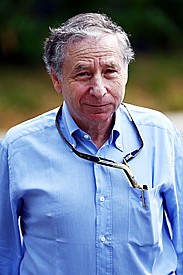 Although Todt is aware that costs need addressing in F1, he does not believe that the failure of Marussia and Caterham is a sign of a sport in crisis.

With Haas due to enter grand prix racing in 2016, he thinks that there is even scope to attract more teams in the near future too.

"It is part of F1 history," he said. "You have teams who have been historically there, teams supported by benefactors who came in and came out, and small teams that are part of F1.

"I am not happy to have Marussia and Caterham have problems. I sympathise for them, but it has always happened.

"We may make a tender again to have one or more teams.

"We want to encourage teams and sponsors, so that is why we must try to reduce costs."