Sebastian Vettel has labelled his first experience of Ferrari as a "fairytale" after completing a four-day session with the Maranello Formula 1 team.

With his Red Bull contract having come to an end last week, Vettel wasted little time in getting down to work with his new employer.

Having arrived at the Ferrari factory on Friday, Vettel drove a 2012 F1 car at Fiorano on Saturday, spent a whole day in the simulator on Sunday and then met senior team figures including Ferrari chairman Sergio Marchionne, team boss Maurizio Arrivabene and technical chief James Allison for meetings on Monday.

Speaking after his first run in the 2012 car - which bore his chosen #5 that he will switch to now his use of the champion's #1 is over - Vettel confessed to feeling special emotions.

"There are a lot of fairytales about Ferrari and how it feels to drive a red car," said Vettel, who ran with a white helmet.

"In the end I can only confirm these fairytales.

"It's not just a story; it's a true legend that exists.

"And it feels really, really special to become part of that and to be inside the car, to see the people coming, running to the track and trying to climb the walls to see the car.

"There is definitely something very magical and something that happened today which I will never forget."

Vettel said his first taste of driving at Fiorano also reminded him of visits he made to Maranello as a child - when he hoped to catch a glimpse of then hero Michael Schumacher.

"I remember I was here a long, long time ago as a little child, driving through Maranello and trying to look over the fence," he said. 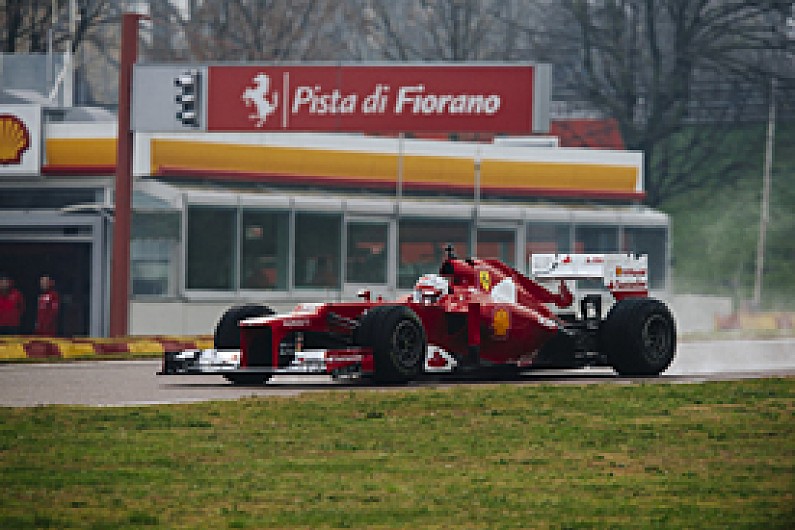 "So to be here officially as part of the team, it felt fantastic to have the possibility to drive the car, and get to know the team. It was a unique experience.

"Obviously it's a very different colour for me. Everybody is dressed in red, everything is red, but it's really something special and I'm very much looking forward to the challenge that we took on for the next years."

Although F1's testing restrictions mean Vettel will have to wait until the first pre-season test at Jerez next year to try a contemporary Ferrari, his experience at Fiorano has at least helped familiarise him with the way the team works and how its steering wheel controls are placed.