Just a few hours later, the governing body broke its silence on the details surrounding the horrific accident that has left the French driver fighting for his life.

After days of speculation, a lengthy press conference provided greater clarity about the events at Suzuka and what lessons have been learned.

Here AUTOSPORT picks out the key answers that were given as efforts to improve safety continues.

WAS IT WRONG TO START THE RACE AT 3PM?

Moving forward the start of the Japanese GP from 3pm due to weather fears was discussed, but rejected by race organisers.

Some have linked the start time to contributing to the Bianchi crash, but Whiting does not agree.

Charlie Whiting: "Firstly, the race start time is not really a matter for the FIA.

"I did suggest to the organisers that they might want to consider doing it earlier to get the race in, as the forecast was worse than it turned out to be. They didn't want to do that.

"I warned them that we would not run the race unless it was safe to run it, and there was a high probability that they would not have a race. 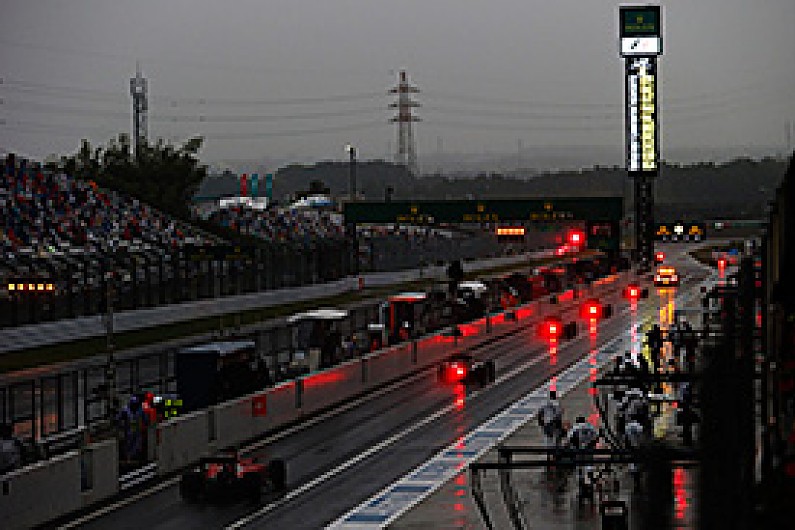 "They said no, they wanted to stick with the 3pm start time. But for me, the race start time is totally unconnected to the incident in question."

WHY DID THE FIA NOT BRING OUT THE SAFETY CAR TO DEAL WITH THE RECOVERY OF ADRIAN SUTIL'S CAR?

There have been many claims that the FIA should have brought out the safety car for the retrieval of Adrian Sutil's stricken Sauber.

Whiting says that doing so would be a break from normal procedure, and that double waved yellows is standard practice for the type of recovery that was taking place at Suzuka.

Whiting: "We put double waved yellows out because we felt the incident could be dealt with without using the safety car.

"The next stage up is a safety car but, because the car was well away from the track and against the tyres, it is the normal procedure for us to follow under those circumstances. We didn't see any need for a safety car."

DID BIANCHI SLOW DOWN ENOUGH FOR YELLOW FLAGS?

Double waved yellows inform drivers to slow down and be prepared to stop.

The FIA said that Bianchi had reacted and backed off compared to his previous lap, but did not reveal just how much slower he was.

Whiting: "I know what speed he left the track at. We have seen the data from all the cars.

"A lot of cars came through the double waved yellow sector, not everyone slowed down as much.

"There were some that didn't slow down much and some slowed down a lot - and I don't think we need to go into the detail of how much he slowed down relative to the others.

"Suffice to say, we do have that data. He did slow down and it is a matter of degree."

WERE THE MARSHALS RIGHT TO SHOW A GREEN FLAG AFTER THE INCIDENT?

Video footage of the Bianchi crash taken by a fan revealed a green flag being displayed after the accident - as is standard protocol.

There have been stories questioning whether or not this was a mistake, but Whiting says he is wholly happy with what the marshals did once the recovery was taking place behind that marshal post. 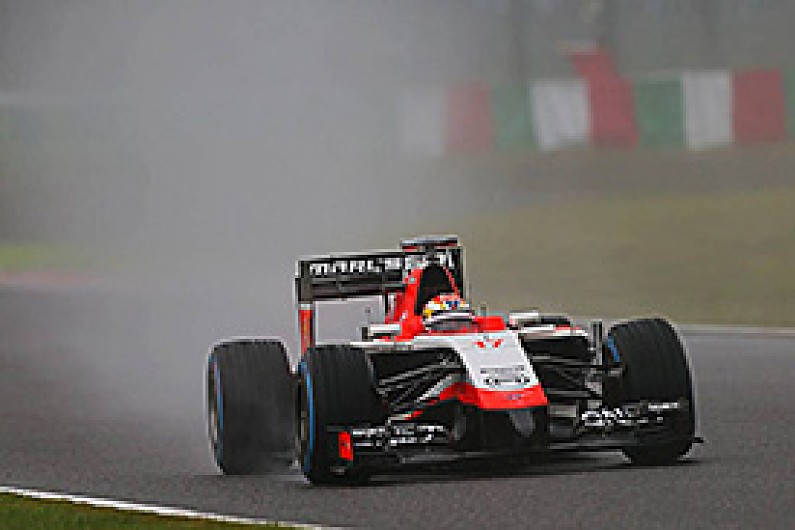 Whiting: "It was entirely the correct signal, because it was after the obstruction.

"What you must understand is that the green does not mean you can start racing because you have seen the green, you cannot start racing until you reach the green.

"It is exactly the same as a yellow. If you see a yellow going in to the first corner, you don't have to obey it until you get to it."

WERE THERE DELAYS IN THE FIA UNDERSTANDING HOW SERIOUS BIANCHI'S CRASH WAS?

The nature of the Bianchi crash meant that signals designed to alert race control of a major incident did not get relayed back, as systems on the car had been destroyed.

With television cameras not picking up the crash either, Whiting revealed that he had initially been unaware of how serious the situation was.

Whiting: "Simply the car was not visible

"My first thoughts were looking at the screen, where you saw the tractor recovering the car, 'this is taking a long time, it's taking longer than I expected.'

"Normally the marshals in Suzuka work really, really quickly. Then they said a car has hit the tractor.

"It was the clerk of the course. They got a message back from the post, that a car has hit the tractor. I said, 'what do you mean?' I couldn't see a car hit the tractor.

"It then took a while to get another camera and then we could see there was a car there.

"It was not completely apparent the condition of the driver: is the driver hurt? Is anyone hurt? When we found out we dispatched safety and medical cars."

Whiting estimated the delay was only around 20 seconds.

WHY WAS BIANCHI TAKEN TO HOSPITAL BY AMBULANCE?

In serious incidents, drivers are normally flown to hospital by helicopter. The decision to send Bianchi via ambulance was questioned at the time, but the explanation for why the FIA did that is clear. 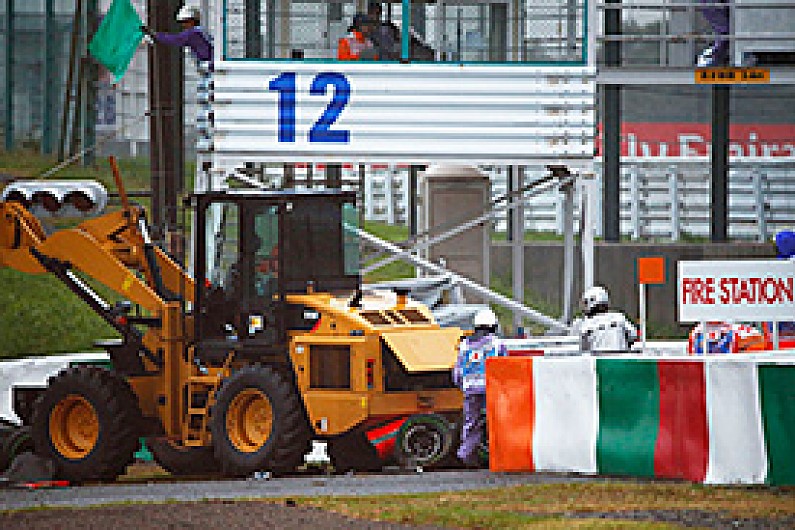 FIA chief medical officer Jean-Charles Piette: "The main referral hospital, which is Mie General Medical Centre, is 15km from the circuit. The distance by road is supposed to be 25 minutes under normal circumstances.

"When Jules had his accident, the chief medical officer told me at that moment that the helicopter can take off from the circuit but cannot land at the hospital.

"So we decided, as initially thought from the morning, to use a resuscitation ambulance to go to hospital. With a police escort, the duration of the transfer was 32 minutes."

When asked if the extra time affected Bianchi's conditions, medical rescue co-ordinator Ian Roberts said: "The excess time was only seven minutes throughout the whole of the transfer.

"Jules was monitored very closely and he arrived at hospital in exactly the same state physiologically as when we left - so no.

"It was quite stable throughout and made no difference."

WHAT IS THE NEXT STEP?

As well as the FIA looking at ways to introduce new yellow flag speed limits, a full report on the crash is to be submitted to its Safety Commission, which is headed by Peter Wright.

An expert panel may then be set up to look at lessons that can be learned to ensure that such an accident will never happen again.