A computer virus that hit on the first day of the Bahrain test put Marussia on the back foot for the rest of its running at the Sakhir circuit.

The ex-Virgin squad completed only 29 laps during the four-day test, fewer than any other team, with the virus that the team spent Wednesday fixing effectively wiping out the day.

"It started off with the first disaster, which was a computer Trojan-type virus in the racks, which cost us the best part of the day," team principal John Booth told AUTOSPORT.

"So that set the tone for the week.

"On the second day, we did 17 laps and it was OK, working through problems, but then on Friday we lost most of the day with an engine issue and it took all day to change.

"In the morning, we had an ERS [warning] light come on, but it turned out to be a false signal, so that was two hours lost.

"Then there was a fuel system problem, which is not a Ferrari problem, it's ours.

"Things like that keep bogging us down, but I don't think we had the same problem twice, which is odd because usually you get recurring problems."

With Marussia having completed only 59 laps with its MR03, Booth concedes that he is concerned about being ready for the season-opening Australian GP.

He is hopeful that during the final four days of running, which start in Bahrain on Thursday, Marussia can get itself into a position where it can be ready for the first race of the season. 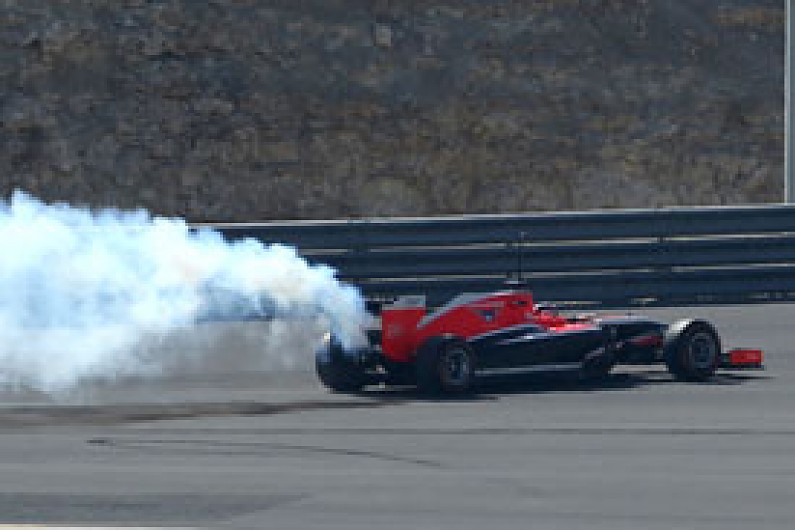 "I'd be lying if I said I wasn't worried in the slightest," said Booth when asked about readiness for Melbourne.

"It's OK thinking you can sort the problems but you have to prove it. But I am very hopeful.

"We have done nothing on set-up whatsoever, but having said that the drivers report that what they have done they feel pretty confident with.

"The brakes are fine and we improved that over the week, it has come on in leaps and bounds.

"We have only got a few days before the next test then four days of testing and we just have to maximise what we have left."