Mercedes has warned McLaren that it faces being treated as a full-on competitor rather than engine partner this year, ahead of the Woking-based team's switch to Honda power in 2015.

Although Jenson Button recently called on all the Mercedes-powered Formula 1 teams to continue working together to boost their title prospects, it now looks certain that relations will be different once the season is underway.

Toto Wolff, Mercedes' executive director, has made it clear that at the moment Mercedes will co-operate with McLaren for the greater good - but dropped a firm hint that this stance will change.

"I think certainly them heading off to one of our competitors is not an ideal situation," Wolff told AUTOSPORT.

"But in these early days of the season we have a short-term target which is common - in making the power unit reliable and performing.

"It is welcome that we are all having an exchange and all sharing the same short term target, and this is to make the power unit last and be quick.

"How that is going to pan out during the season, that daily management of the relationship, could change obviously."

Mercedes sources say they are already taking extra measures to ensure that there is no risk of in-depth technical knowledge being passed on to Honda. 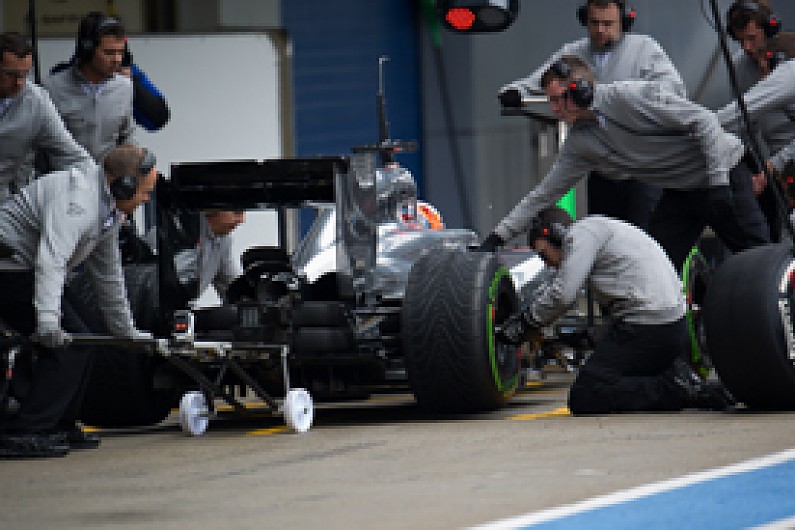 This has included keeping McLaren engineers well away from sensitive work on the engines that they do not need to be privy to.

Wolff did not think, however, that relations would become too difficult - or that McLaren's hopes of success would be dented.

"At the end of the day we are still competitors on track," he said.

"But we expect them to be strong this year."