McLaren's Jenson Button has called for co-operation between the Mercedes-engined Formula 1 teams to give them the best chance of getting on top of the 2014 regulations.

Button's topped day two of the Jerez test, while Nico Rosberg's factory Mercedes covered the most laps as the Renault teams struggled.

Valtteri Bottas also showed well as Williams acclimatised to its switch from Renault to Mercedes power. Force India is the other Mercedes squad.

Button says the Mercedes teams have been gathering a lot of data in Spain, which should help against the Ferrari and Renault outfits.

"Looking at the timesheets on day two it is very interesting because we are obviously running a very different programme to Rosberg and Mercedes, very different engine modes and trying different things," he said.

"We're getting a lot of information from both cars and also Bottas and Force India with [Sergio] Perez. There's a lot of useful information, a lot of mileage."

Button called for the co-operation to continue so the Mercedes teams can carry their strong start into the racing season.

"You'd say were in good shape, as long as it continues like that," he added. "We all need to work together.

"We're here to fight each other as teams, but the more information we can share over the next few weeks and months can really make a difference to our championship."

McLaren will get the same specification of power unit as Mercedes, but will now be treated as a customer. The matter is complicated by the fact McLaren will switch to Honda engines in 2015.

Last year, Mercedes chief Toto Wolff said: "It is going to be essential for us to guarantee there is no chance of IP [intellectual property cross over]. 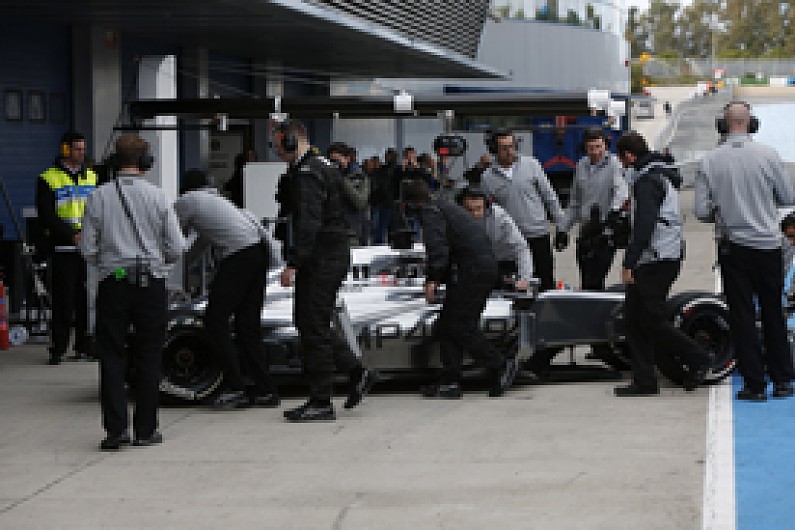 "But we are all professional and it is about having the right contract and safeguarding technology transfer."

Wolff also suggested Mercedes would have to guard against possible poaching of staff by Honda.

"This is a competitive environment and I think everyone is out there to try to get the best possible engineers and I think we should make sure that we safeguard them," he said.

"At the moment we feel it is quite civilised and we are not feeling that we are getting engineers poached too much, but it could well happen.

"They need to ramp up the organisation and I am pretty sure at some stage they will do that more aggressively."