McLaren became the first Formula 1 team to fully unveil a 2014 car as it launched the MP4-29 online on Friday.

While Force India and Williams had already given hints of their new designs with computer-generated images, McLaren's event marked the first proper look a 2014 F1 design.

It featured the anticipated take on the controversial nose design that teams have leaned to under the new regulations, with a narrow protruding section to meet the revised crash test rules without lowering the entire front end as the rulemakers originally envisaged.

The car was unveiled in a plain silver livery with basic MP4-29 branding.

McLaren admitted earlier this week that it would not have a new title sponsor in time for its launch following the loss of Vodafone, but insisted that its overall financial situation was stronger than ever despite the absence of a single headline backer.

The spotlight on McLaren increased on the morning of the launch when news broke that Eric Boullier had left Lotus and was poised to take over from Martin Whitmarsh as team principal at the Woking squad. 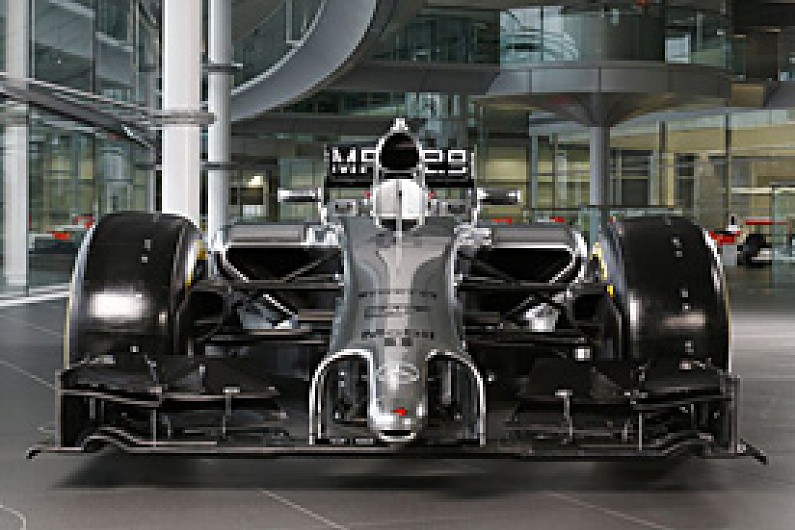 Although McLaren made clear that no announcement about its management structure would be made during the MP4-29 event, changes have been anticipated following Ron Dennis's return to a major role.

McLaren endured one of the least competitive seasons in its history in 2013, failing to achieve a podium finish.

At the end of the year it dropped Sergio Perez after a single season, instead promoting protege and Formula Renault 3.5 champion Kevin Magnussen to the second race seat alongside 2009 world champion Jenson Button.

The team is starting the final year of its Mercedes engine deal, an arrangement that began in 1995, before spearheading Honda's F1 return in 2015.