Kevin Magnussen says the precedent set by Lewis Hamilton in his rookie season with McLaren does not put extra pressure on his Formula 1 racing debut with the team.

The Formula Renault 3.5 champion is so far one of only two rookies confirmed for 2014, alongside Toro Rosso's Daniil Kvyat.

Hamilton made his debut with McLaren in 2007, and despite it being his rookie season, went on to fight for the title until the final race.

From the archive: Hamilton's explosive arrival in F1

Magnussen reckons rather than creating pressure, Hamilton's example is an inspiration that shows what he could achieve with McLaren in his first year.

"The fact that Lewis did exactly what I'm doing now is a positive for me," said Magnussen. "It shows that the team has been there before, and has already prepared a rookie for his grand prix debut.

"The fact that Lewis was so successful doesn't raise the pressure for me, it just shows that it can be done, and that you can be successful as a rookie. That's really encouraging."

Magnussen thinks the complexity of the 2014 rules, with several changes compared to this year, is actually positive for him, as it means all drivers will be starting from zero.

"It'll be a new challenge for everyone, not just for me," he said. "Everyone's going to have to learn about the 2014 cars - not just myself. It's a good year to come into F1.

"The fact that I won't have as much experience as some of the other drivers actually counts a little bit less - of course, it's still going to require a lot of hard work - and I'll have a lot to learn - but so will everyone else, so that's a positive for me." 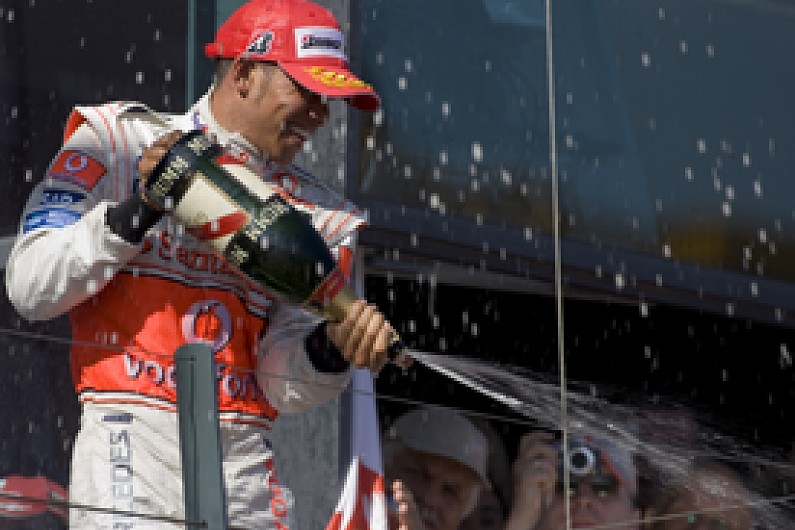 Analysis: Is Magnussen ready for F1?

The Dane also feels working alongside Button will be a big boost for him during his first season of grand prix racing.

"I'm sure working with Jenson will be beneficial," he added. "He's a world champion, he's the most experienced driver in Formula 1 and I'll be able to learn from him; I'll be sat next to him in debriefs at every race next year, listening to what he says and watching him work with the team.

"He'll be a great guy from whom to learn."

Hamilton made his debut in F1 in 2007 after winning the GP2 championship.

The Briton partnered, and beat, team-mate Fernando Alonso and lost the title to Ferrari's Kimi Raikkonen by just one point.