McLaren has confirmed that Kevin Magnussen will make his Formula 1 debut alongside Jenson Button at the team next year.

Following weeks of speculation about whether or not Sergio Perez would be retained for a second year, the team made its call over the last few days on the back of a disappointing performance from the Mexican in Abu Dhabi.

Formula Renault 3.5 champion Magnussen, who is the son of former McLaren driver Jan, believes that working alongside the experienced Button will be a huge boost to him in getting up to speed with the demands of F1.

"I'm absolutely overjoyed to be making my Formula 1 debut with McLaren," he said. "I'll put it simply: this team is the best.

"It's been my dream to drive for McLaren ever since I was a small kid, and it's no exaggeration to say that I've dedicated almost every day of my life to achieving the goal of becoming a McLaren Formula 1 driver.

"I have an enormous amount of respect for everyone at McLaren, and I want to say a massive 'thank you' to everyone, but most of all to Martin [Whitmarsh, team principal] and his senior colleagues, for giving me this chance.

"Equally, in Jenson, I have absolutely the ideal team-mate. He's extremely quick, obviously, but he's also very experienced and superbly capable from a technical perspective.

"He's a Formula 1 world champion, which is what one day I also hope to become, and I'm determined to learn as much as I can from him."

Although McLaren is aware of how difficult it is for rookies in F1, the raft of regulation changes for 2014 allied to the return of in-season testing have left it confident that the young Dane will be on the pace quickly. 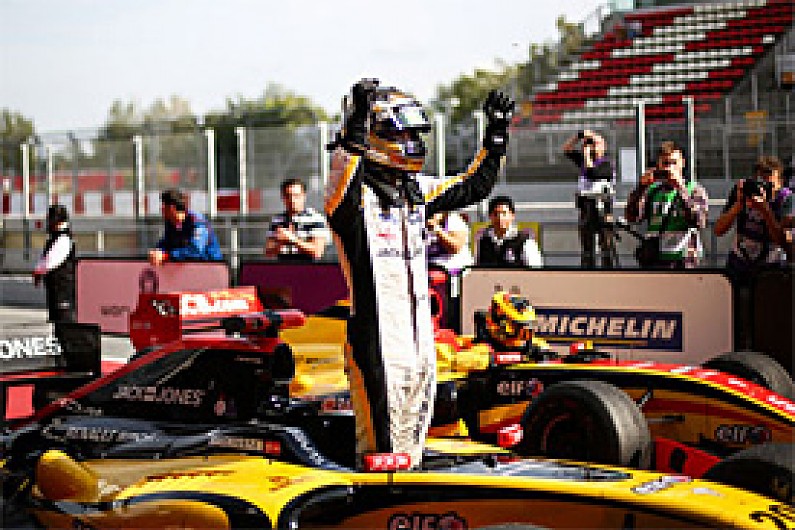 Whitmarsh said: "Kevin is clearly very talented and very determined, and we therefore have high hopes for him.

"Moreover, every time he's tested our Formula 1 car, he's been very quick and very methodical, and his feedback has been first-class.

"Furthermore, the manner in which he won this year's World Series by Renault 3.5 Championship (pictured) was truly outstanding, showcasing as it did not only his impressive natural pace but also his increasing maturity and ability to structure and manage a championship campaign."