Lewis Hamilton and Nico Rosberg admit it would be a shame if Ross Brawn were to leave the Mercedes F1 team, amid speculation about the boss's future.

Hamilton, who admitted Brawn played a big role in his decision to leave McLaren for Mercedes, is still hoping the Briton will stay on.

"We had some really good conversations when we sat together before I made my decision [to switch teams]," Hamilton said.

"He took me through where the team was going and was very influential in bringing me to the team.

"He's a great boss. I enjoy working with him.

"I don't know what his plans are for the future but I'd like him to stay.

"Ross is a very friendly guy. I grew up watching him on TV and so I had an idea what he was like.

"He's a very easy-going guy, very approachable, and he's very much responsible for the atmosphere he has helped create in the team."

Team-mate Rosberg echoed Hamilton's thoughts about his desire for Brawn to stay, but the German is sure Mercedes has enough leaders capable of doing a good job. 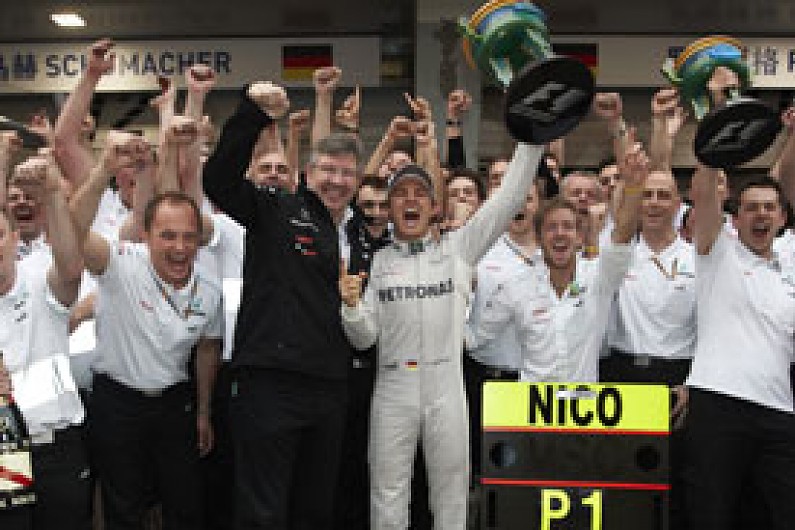 "For me, it would be great if he stays because I get on well with him and I think he's a great team principal," said Rosberg.

"At the same time, I have confidence in the team leadership's ability to make sure that we have a solid future whatever his decision is because we have a lot of great strength in the team as it is now."

Rosberg praised Brawn's role as a leader after managing to make Mercedes a winning team again.

"People respect him and he respects people, so it goes both ways.

"The mentality he brings to the team is very strong - and his general competence of course."