Daniel Ricciardo heads into the 2014 season with nothing to lose, according to Red Bull team principal Christian Horner.

The 24-year-old Scuderia Toro Rosso driver was announced as a Red Bull driver at the start of September.

While expectations are high for the long-term, Horner believes the pressure will be off in the early races as the attention will be on whether team-mate Sebastian Vettel can continue to dominate.

"In many respects, the pressure is off Daniel certainly for the initial races because he has got nothing to lose," Horner told AUTOSPORT.

"There is more expectation than he will have had before in a Toro Rosso, but there is way less than there is for a multiple world champion.

"He will learn a huge amount from driving alongside and working with Sebastian.

"It is a tough role for him because to be judged against Sebastian isn't easy."

Horner is confident Ricciardo will prove to be a quick learner next season.

He also suggests that contrary to some critics, who suggest a more experienced driver is needed during a transition to new regulations, the timing is logical.

"There is a big regulation change coming next year, in many ways it feels the right time to be introducing something as fundamental as a driver change.

"There are no guarantees with any drivers that you put in. The underlying fact is that he's quick, he's intelligent and will have two-and-a-half years of experience under his belt, so he's not going in as a rookie." 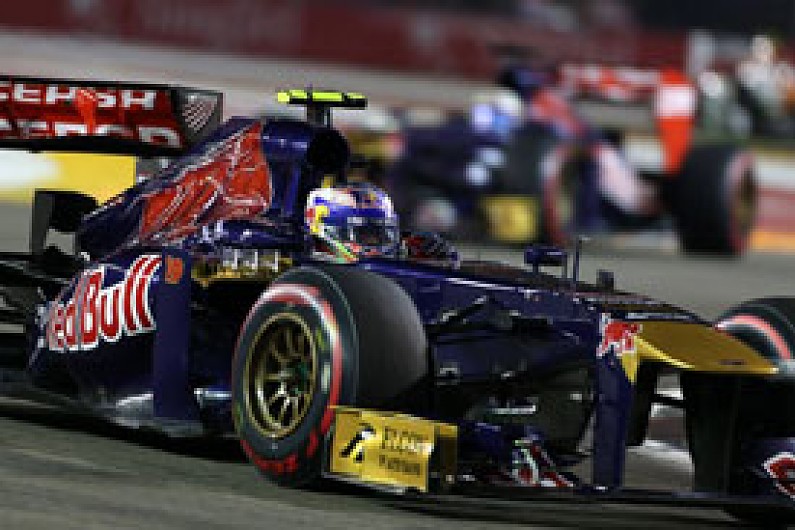 Horner also believes it is too easy for people to underestimate how well Ricciardo has done at Toro Rosso.

As well as the limitations of the equipment, Ricciardo has had to contend with limits on seat-time that prevent newcomers from making an instant impression, as Lewis Hamilton famously did in 2007.

"Nobody knows how good the Toro Rosso is and Jean-Eric is no slouch," said Horner of the quality of Ricciardo's performances.

"We are fortunate we have two very talented youngsters and it's easy to overlook what they are doing.

"Today it is very rare, almost impossible, to see drivers come in and make an immediate impact because there is no testing and very limited seat time.

"It takes a couple of seasons before you see very talented youngsters start to emerge."