Felipe Massa accepts he must raise his game in order to avoid being axed by Ferrari at the end of the current Formula 1 season.

The Brazilian began 2013 by out-qualifying Fernando Alonso in Australia and Malaysia, but his form has tailed off amid a flurry of accidents and mistakes in recent events.

That slump has led to renewed scrutiny of his place in the team, with Ferrari president Luca di Montezemolo suggesting to Italian media that Massa is expected to deliver more consistent points in the second half of the year.

Massa is confident he can still decide his own fate, but admits he must lift his performances.

"The results will decide whether I stay here or move teams," he said.

"The possibility to stay is there, but the most important thing is the results.

"I'm happy with the way I'm driving in terms of pace - in qualifying and race pace.

"We just need to finish the races in the normal way and get consistency. In doing that, the results will be there."

Massa also faced constant speculation about his Ferrari future in last season's campaign, which he admitted contributed to his poor early form.

He turned things around after the summer break, claiming his first podium since in two years in the Korean Grand Prix and outscoring everyone but Sebastian Vettel and Kimi Raikkonen over September and October.

He admits however that he cannot be certain of winning a similar reprieve this year, adding: "Until you sign the contract, you don't know." 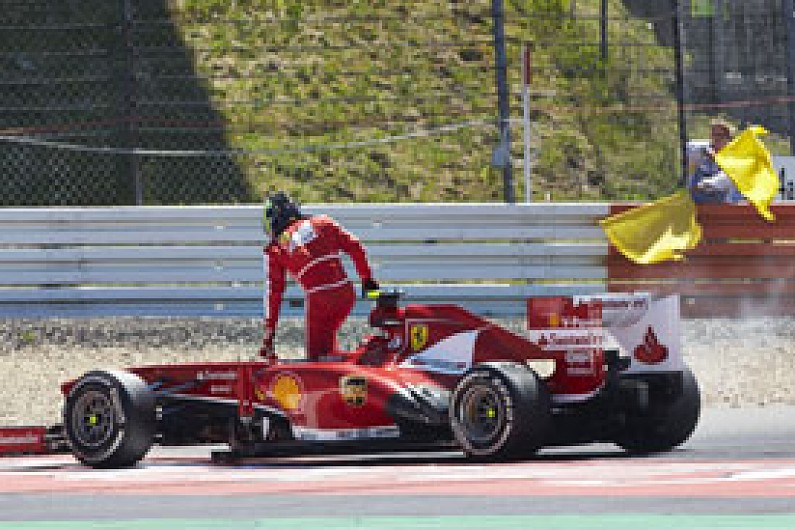 Spain
Just one-thousandth off Alonso in qualifying, Massa recovers from a three-place grid penalty to climb from ninth to third in the race, his only podium so far this year.

Monaco
Crashes heavily at Ste Devote in Saturday morning practice, missing qualifying. That was driver error, although the repeat in the race was caused by a suspension problem.

Germany
Loses the rear under braking for the first corner, spinning out of sixth place on only the fourth lap of the race.