Sauber insists it will not stand in Nico Hulkenberg's way if the German wants to leave the team at the end of this year.

Sources have revealed that against the backdrop of poor form and finances, Hulkenberg has not taken up an option he had to commit to a new contract with Sauber, which means his future is now open.

Hulkenberg moved to Sauber from Force India with the hope that he would be challenging for podium finishes, but the team has struggled for form and he has scored just seven points so far this season.

The Hinwil-based outfit is also facing difficulties on the financial front, as it bids to find the necessary sponsors and investors it needs to be competitive in 2014.

Sauber boss Monisha Kaltenborn said that there would be no point forcing Hulkenberg to stay in 2014 if he did not wish to.

"Nico is very important for the team, because he is the more experienced driver and we expect that guidance from him," Kaltenborn told AUTOSPORT.

"He has been doing a fantastic job so far. But we never stand in anybody's way.

"We will announce our drivers season-by-season and we are not going to change that.

"He is our driver for this season, and there is no more to add to that."

Kaltenborn has been working hard on trying to shore up the team's finances, amid current difficulties and a ramp up in costs next year on the back of new engine and car regulations.

Speculation has strongly linked Sauber with a tie-up with Russian bankers Boris Rotenberg and his older brother Arkady. 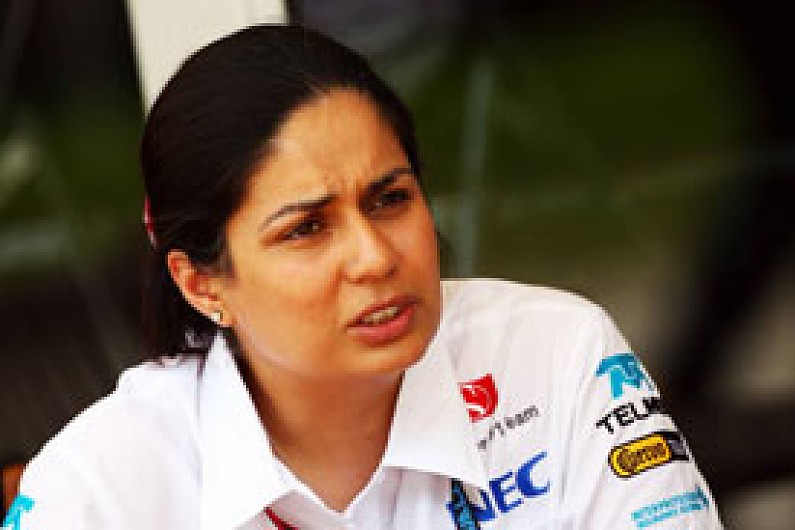 They are the billionaire co-owners of SMP Bank and the SGM Group - which is a construction supplier for Russian gas giant Gazprom.

Kaltenborn would not reveal whom talks had taken place with, but she has expressed confidence that a deal will be forthcoming soon to secure the team's future.

"We have very openly said that this is a difficult time for us, but we are doing all we can to come out of this situation," she said.

"I am confident that we will soon be out of this situation and that is all there is to say about it."

Kaltenborn has made it clear, however, that despite the financial woes there was no doubt the outfit would finish this season.

"We have entered for this season and we have at no stage doubted that we will not be there this season," she said.