Lotus believes that the safety car was the key factor that cost it victory in the German Grand Prix.

Kimi Raikkonen and Romain Grosjean appeared well placed to beat eventual victor Sebastian Vettel at the Nurburgring, but in the end the Red Bull driver had just enough speed to secure an emotional home win.

Although Raikkonen has questioned the team's late call to bring him in to the pits for a change on to soft tyres, Lotus boss Eric Boullier thinks it was not that moment - but rather the safety car earlier in the race - that cost it.

"The safety car did not help on this," Boullier told AUTOSPORT, referring to the fact that Grosjean was on fresher rubber than Vettel at that stage of the race.

"We had to rebuild the strategy a little bit after the safety car.

"Also remember after the first pitstop, when Kimi was struck behind [Lewis] Hamilton, we lost three or four seconds and that cost us a lot."

Boullier said that the team's afternoon was further compounded by radio communication problems with Raikkonen.

The Finn could hear what the team was saying but his feedback was not being picked up by his team in certain areas of the track.

This left the team unsure about the exact state of Raikkonen's tyres, and whether or not it was risking a repeat of the 2012 Chinese GP when the Finn slumped down the order in the closing stages. 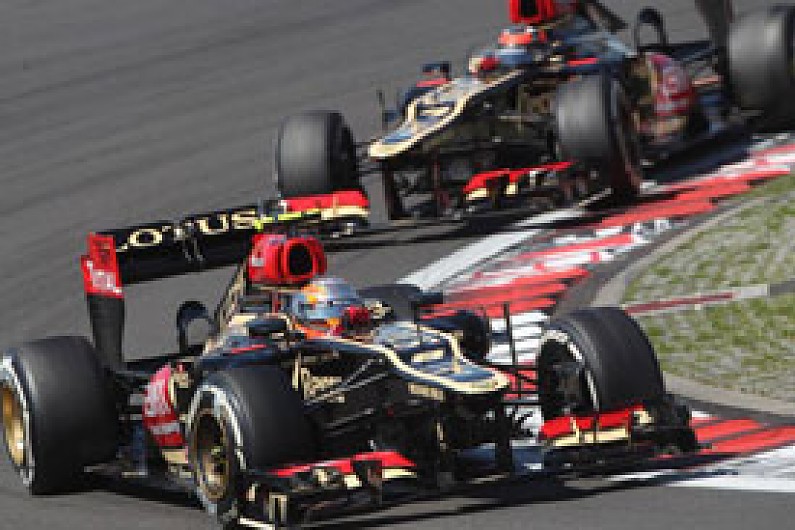 "We lost radio with Kimi at the beginning of the race," Boullier said. "It didn't put us in a comfortable position [near the end], and we all remember very well Shanghai in 2012.

"We could see his pace was dropping a little bit and we had the space to stop, so we did it.

"Both cars were then on different tyres and we could see easily that Kimi was picking up the pace, although not as much as we expected on the tyres.

"We could see the new option was working better than the scrubbed, and it seems it was the right decision to allow to Kimi to try to catch up with Sebastian."