Mercedes did gain an "unfair sporting advantage" from its use of a 2013 Formula 1 car in the secret Pirelli test even though that had not been the original intention, claims the FIA International Tribunal.

In its official decision on the matter, the International Tribunal explained that Mercedes and Pirelli had both acted in good faith in regards to the test, but that did not get around the fact that regulations had been broken.

That is why it elected to give both Mercedes and Pirelli a reprimand, while also banning the Brackley-based team from taking part in July's young driver test at Silverstone.

In the 20-page document that explains its finding, the Tribunal argues that although both team and tyre supplier had made enquiries with the FIA regarding the use of a 2013 car, neither had followed through properly on conditions laid down by the governing body.

However, the Tribunal was adamant that there was no deliberate intent from either party to cheat.

It said: "The track testing, which is the subject of these proceedings, was not carried out by Pirelli and/or Mercedes with the intention that Mercedes should obtain any unfair sporting advantage."

The ruling continued: "Neither Pirelli nor Mercedes acted in bad faith at any material time... Both Pirelli and Mercedes disclosed to FIA at least the essence of what they intended to do in relation to the test and attempted to obtain permission for it; and Mercedes had no reason to believe that approval had not been given."

However, the fact that other teams were not invited to that specific Barcelona test meant that Mercedes did gain an advantage, and Pirelli had a role to play in that too.

The judgement stated: "Mercedes did obtain some material advantage (even if only by way of confirmation of what had not gone wrong) as a result of the testing, which, at least potentially, gave it an unfair sporting advantage, to the knowledge and with the intention of Pirelli.

"In the light of the data which Pirelli did in fact pass to Mercedes by way of the confidential email referred to under paragraph 37.8 above [relating to trackside engineering reports], it is plain beyond sensible argument that Pirelli had intended confidentially to pass some data to Mercedes, which Pirelli expressly regarded as being of high importance even if, as we accept, it was in fact of limited value to Mercedes because it was unaware of the tyre(s) to which the report related. (vii)

"Both Mercedes and Pirelli, accordingly, did act in breach of articles 1 and 151 ISC."

NO CRITICISM OF WHITING 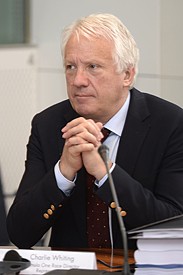 The Tribunal added that F1 race director Charlie Whiting had also acted correctly in suggesting that a 2013 car could in theory be used if such an opportunity was offered to every team.

"The actions taken on behalf of FIA by Charlie Whiting (having taken advice from the legal department of FIA) were taken in good faith and with the intention of assisting the parties and consistent with sporting fairness," added the ruling.

The Tribunal also said it could not be proved whether or not Ferrari's Pirelli testing in 2012 and '13 had been done in the correct manner either.

"The Tribunal is unable to express any opinion as to whether or not the testing carried out by Ferrari in 2012 and 2013 was properly authorised but, it would appear to be equally unsatisfactory that this consent was also given by Charlie Whiting," it said. "The Tribunal has no evidence before it which indicates that his opinion in that case had in fact been wrong."