Kimi Raikkonen said Sergio Perez pushed him off the track in their battle early in the Chinese Grand Prix.

Raikkonen lined Perez up to the outside through Turn 5 with a view to passing at Turn 6, but the Mexican stayed on the racing line and moved across directly in front of the Finn.

The Lotus slid onto the grass and also damaged its nose section on the back of the McLaren.

"I got a better run out of corner three and thought he would leave me enough space but he pushed me off the circuit," Raikkonen said.

"I tried to avoid him but then was on the grass and kerb. The kerb saved me as I had grip. I couldn't slow down and hit him in the rear.

"I don't know if he could see me or how it happened, but there was no way for me to avoid it anymore as I was there next to him and ran out of road."

Perez, however, saw things differently, saying: "Basically Kimi outbraked himself and locked his tyres and hit me from behind."

Raikkonen continued to the finish with the damaged nose - a decision he was dubious about. 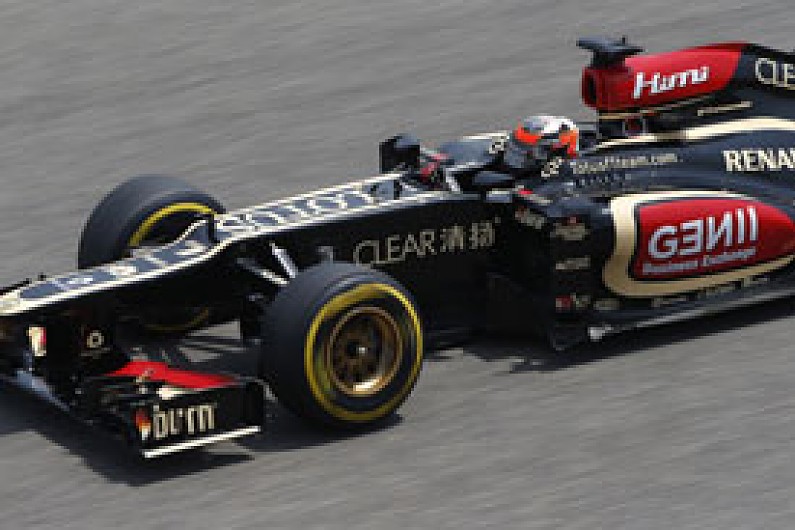 "I wanted to change it," he admitted. "I think they looked at the wing at the first pitstop and probably thought it would take too long.

He said the effect of the damage was minimal.

"I was surprised there was not much damage as I hit him quite hard," said Raikkonen.

"I was also a bit surprised that we didn't have more problems, just a bit too much understeer and destroying front tyres because of that."