Adrian Sutil is set to be confirmed on Thursday as Force India's second driver for the 2013 Formula 1 season.

Sources close to the German have revealed that Sutil has been given the nod over Jules Bianchi to become Paul di Resta's team-mate in 2013.

The move comes after weeks of speculation over Force India's decision, which had originally been expected to take place back in December.

Sutil's deal secures him a return to F1 after a year out of the sport, when he was in the headlines following a conviction for his part in an assault that took place in a nightclub in Shanghai after the 2011 Chinese Grand Prix.

News of his return will be a disappointment to Bianchi, who had hoped to be promoted from the reserve driver role he had last season.

Bianchi is expected to stay on with the outfit as reserve and will hope that another year of experience will boost his chances of landing a race seat in 2014.

Force India has not made any official comment about its driver plans yet. 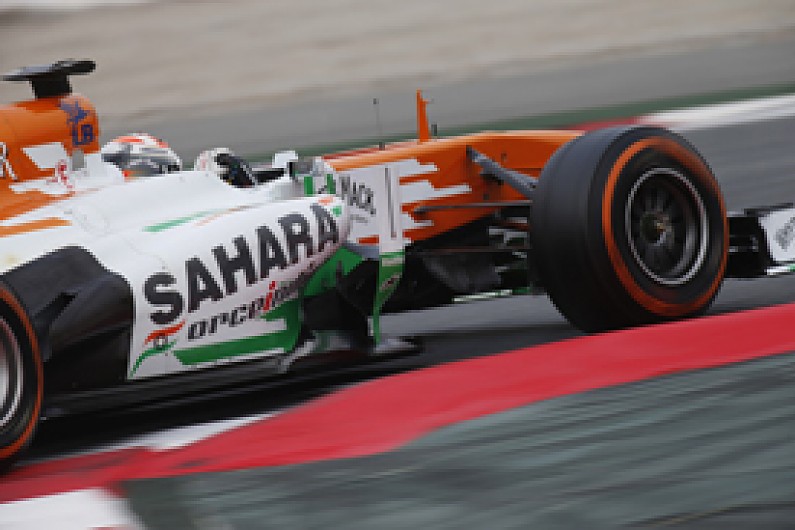 You know exactly what you are going to get with Adrian Sutil. The German is an experienced and very adept driver with a proven record for scoring consistently in mid-grid machinery.

Setting aside commercial considerations, he is a more conservative choice than Bianchi.

The Frenchman has greater potential than Sutil, who is very much the finished article as an F1 driver, but there is also a greater risk that he would under-deliver.

During 2010 and '11, when Force India had emerged as a regular top 10 threat, Sutil finished half of the races he started in the points.

He also proved two years ago that he's mentally strong, setting aside off-track legal concerns to finish the season in good form.

All of this means that you can be sure his return will be successful even though reaching the heights that Nico Hulkenberg did at times last year is probably beyond him.

Sutil isn't a potential superstar and any time he has been linked to a big team it has only been on the basis of him being a solid supporting player.

But Force India doesn't need a potential world champion. It needs reliability and consistency in the cut and thrust of the midfield. That's exactly what Sutil can produce.

Add to that his excellence in wet conditions and you have a driver worthy of his place.

Expect him to do a good, unspectacular job.