Romain Grosjean will stay on at Lotus for the 2013 Formula 1 season after being confirmed by the team on Monday.

Frenchman Grosjean, who completed his first full Formula 1 season this year with the team, was widely expected to be retained following a promising but erratic year, during which he finished on the podium three times.

The 26-year-old had made his grand prix debut mid-season in 2009 with Renault before spending two years in GP2.

He claimed both the GP2 and the GP2 Asia series titles in 2011 before returning to Formula 1 as Kimi Raikkonen's team-mate at Lotus.

The former GP2 champion managed 96 points on his way to eighth place in the standings.

He was however given a one-race ban after his crash at the start of the Belgian Grand Prix. 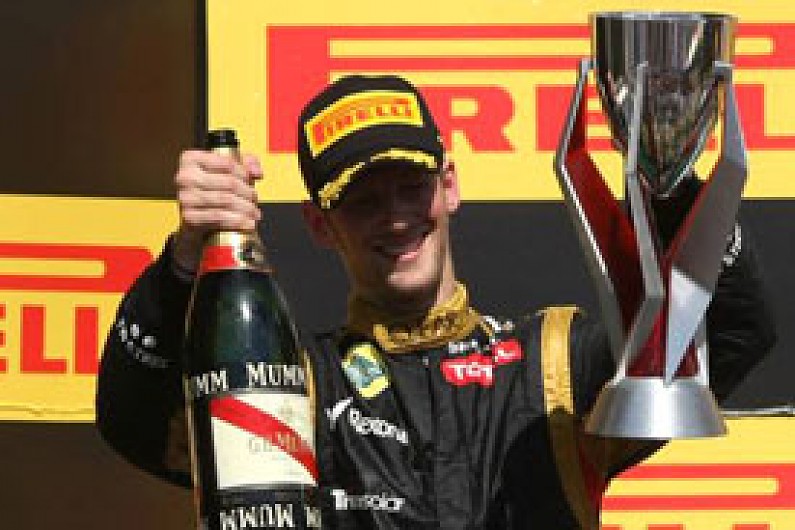 "It's fantastic for me to be continuing with Lotus for 2013," he said. "It's superb to have the support of everyone at Enstone. I'm really looking forward to rewarding their faith when we take to the track in Australia.

"I learnt a lot in my first full season in Formula 1 and my aim is to put these lessons into practice with stronger and more consistent performance on track next year.

"There are a lot of exciting developments occurring behind the scenes at Enstone and I am very excited with the prospect of the E21."

Team boss Eric Boullier added: "Romain is a great talent and we are pleased that he is continuing with us for a second season.

"With the continuity of two exceptional drivers like Romain and Kimi we are well placed to build on our strong 2012 with even better results in the year ahead.

"Both drivers worked very well together in their first year as team-mates, and I think there is the potential of even better things from the season ahead. We were regular visitors to podiums in 2012 and we certainly intend to continue with this trend in 2013."

The news means only Caterham, Force India and Marussia are yet to finalise their 2013 line-ups.

At the start of 2012, Romain Grosjean was often showing illustrious Lotus team-mate Kimi Raikkonen the way, but as the year went on, it was his wayward driving, not his speed, that was defining his season. 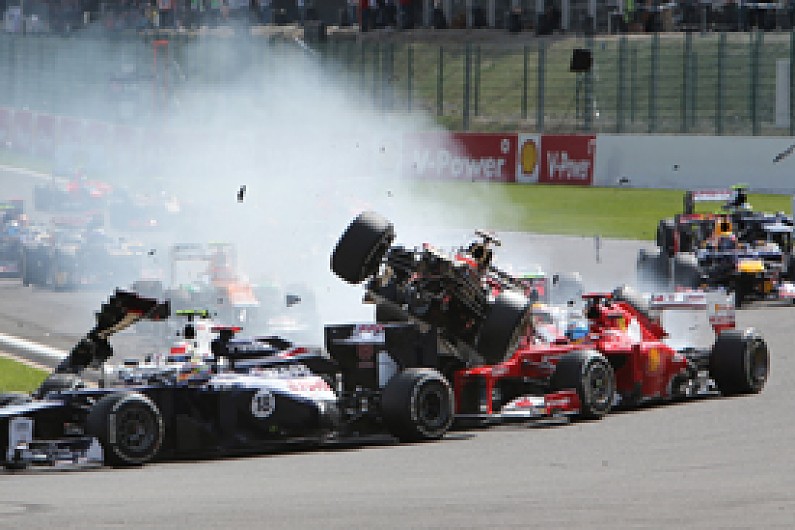 Melbourne qualifying: Grosjean serves notice of his and Lotus's raw speed by claiming third on the grid for his Formula 1 return, behind only the McLarens, and a full 14 places clear of Raikkonen. His race would end in an early tangle with Pastor Maldonado, though...

Montreal: In a race defined by tyre degradation, Grosjean produces a masterclass in discipline as he keeps his Pirellis in good shape despite a relatively early pitstop. He storms through to second, and is just 2.5 seconds behind winner Lewis Hamilton at the flag.

Valencia: Although Grosjean's European Grand Prix would end in an alternator failure, it was another clear shot at victory. He established himself in second place behind the dominant Sebastian Vettel in the first half of the race. Fernando Alonso jumped him after a safety car, but the Lotus was hounding the Ferrari for victory after Vettel's retirement only to stop with the same glitch.

Monaco: Lotus was a favourite for Monaco victory, and Grosjean had a speed edge over Raikkonen all weekend. A mistake in qualifying meant he was only fourth on a grid he probably had the pace to top, and his race was over by the first corner as he bounced off Michael Schumacher and Alonso.

It wasn't as clear-cut an incident as some of his later lap-one clashes, but was one of the first cases of a promising race being squandered.

Spa: The infamous first-corner crash that ultimately had an impact on the championship outcome. After squeezing Hamilton, Grosjean's out-of-control Lotus flew into Alonso's Ferrari and triggered a multi-car pile-up.

Only good fortune and safety developments prevented some potentially nasty injuries, and Grosjean was given a one-race ban.

Suzuka: Chastened by his suspension and eager to make amends, Grosjean started to try too hard to stay out of trouble - and succeeded only in making more mistakes. Focusing on Sergio Perez at the start in Japan, he slid into Mark Webber. The enraged Australian left Grosjean in no doubt about his feelings when he stormed down to Lotus post-race...