Formula 1 pre-season testing gets underway for the 2022 season in Barcelona with the opening day of the shakedown test.

All 10 teams are in action for the first official track running in the new era of F1, as the teams begin testing the new cars devised under the new technical regulations.

Track action gets underway at 8am GMT, while Haas is presenting its VF-22 F1 car to the media in the pitlane before the track opens, with the opening day finishing at 5pm GMT. The day will be split by a one-hour lunch break (12pm-1pm GMT) which can be reduced if requested due to lost track time from either red flags or poor weather conditions.

The opening day will provide the first real look at all of the 2022 F1 cars from every team, to see which teams have got it right and which have work to do. While never fully taken as the true pecking order, due to teams hiding outright performance levels by sandbagging their speeds, the tests still reveal an overview while giving teams which are struggling nowhere to hide.

The Barcelona shakedown test, conducted without live TV coverage or live timing, runs between 23-25 February. A second official test will follow in Bahrain on 10-12 March ahead of the 2022 F1 season opener at the same venue, the Bahrain Grand Prix, on 18-20 March.

Status: Stopped
19:38 That's all for Live today folks - we'll be back tomorrow at 8am GMT for the second day of F1 testing at Barcelona! Thank you for joining us, and we'll see you tomorrow.
19:30

Here's the full round up on today's action: https://www.autosport.com/f1/news/2022-f1-barcelona-test-mclarens-norris-tops-first-day/8433656/

First day of Barcelona F1 testing is over, with Norris fastest.

Lando Norris' 1m19.568s was the quickest time of the day, ahead of Charles Leclerc and Carlos Sainz Jr.
18:58 Norris is currently on 99 laps, and close to breaking the 100 mark. It seems he's doing a little bit of pitstop practice, with a series of in-out laps.
18:55 Five minutes, folks - and that's day one done and dusted.
18:51 Schumacher's out getting a few laps under his belt too as we approach the end of the session, bringing Haas's day 1 tally to 35 laps. Not great, but it's always better to get the issues out of the way early.
18:48 Norris peels 0.4s out of his timesheet-topping lap - posting a 1m19.568s to extend his margin over the rest of the field.
18:46 Stroll moves ahead of Latifi with a 1m23.327s laptime, going 13th fastest. Alonso has joined the fray too, adding laps to his uncertain current count owing to the earlier transponder issues confusing him with Ocon. Screens say 115, but we're not quite sure there...
18:42 With less than 20 minutes remaining, it's very much last orders. Stroll, Verstappen, Tsunoda and Sainz are currently out there trying to get those last little bits of data together for the teams to pore over through the night.
18:36 After a short lull in action following Schumacher's return to the pits, Verstappen emerges from the pits to tack extra laps onto his tally of 139.
18:34 Schumacher has returned to the action, setting a 1m23.009s on the C3 tyres to move up to 12th overall.
18:32 Joining the centurion crew is Yuki Tsunoda, who sits on 105 laps as things times. If Norris punches in 10 more laps in the next half-hour, he'll be part of the 100 club too.
18:27 Norris moves to the top of the timing boards! The McLaren driver sets a 1m19.951s to leapfrog the two Ferraris on the C4 tyres. Alonso has leapfrogged Albon for 10th, logging a 1m22.622, while Hamilton's return to the circuit after suspension tweaks has yielded a 1m20.929s. 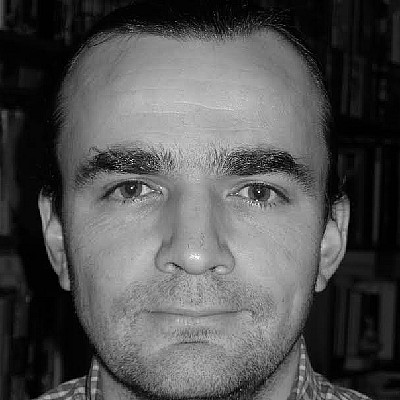 18:19 "Hamilton is undergoing a front suspension set up change - half the team is standing in front of the car blocking the view! At Red Bull, Verstappen's side pods off and work is going on. He's out of the car, but on his way back now."
Adam Cooper
18:13 After a slow start to the afternoon, Bottas has now logged a slightly more encouraging 24 laps so far - as he comes in to pit. Sainz has now clocked in lap #55, as has Albon - who takes Williams' tally up to 121.
18:05 Albon posts a 1m22.760s to pull two tenths out of his laptime, setting personal bests in sectors 1 and 3.
18:01 Tech watch - The RB18 has sprouted some fins this afternoon to assist its cooling output, marked by the giant green arrow: 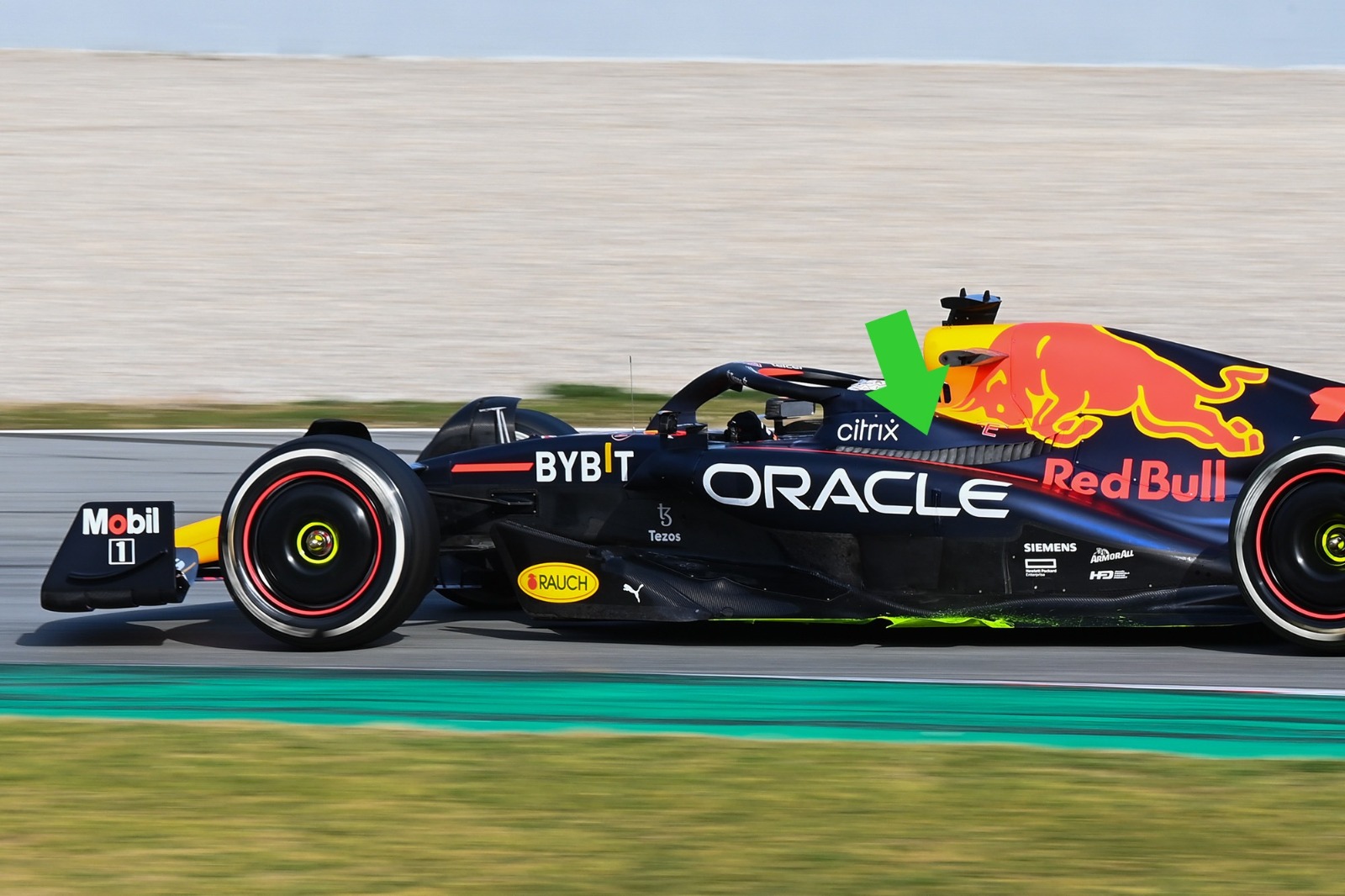 Mercedes: Andretti will need to prove worth to join F1

Mercedes boss Toto Wolff believes Andretti Global will need to show it has the resources to join Formula 1:

17:47 Hamilton set a purple first sector on his most recent lap, but backed out of it to deprive us of further fun. Further shame.
17:44 And they've both pitted - ruining the tantalising scrap over P...something. This leaves Hamilton, Stroll and Albon on the track, but they're too spread out to have a "race" at the moment. Shame.
17:42 And Sainz is in DRS range! The gap stands at 0.8s this time around, Sainz again well up in the opening sector. Perhaps he's too close in the middle part of the lap to mount a passing effort, or he's simply not getting as carried away as we are...
17:40 The gap continues to close! Sainz whittles Verstappen's buffer to just a second now, finding a hatful of time relative to the Red Bull in the first sector. He lost three tenths to Verstappen in the final sector, however...
17:39 The Verstappen-Sainz gap is now just down to 1.2s, as the Ferrari nears DRS range. I mean, it's testing so it's totally fair game to use now, but still...
17:37 We've got a race on! Sainz has closed the gap to Verstappen by 0.6s over that previous lap, drawing nearer to the Red Bull's rear wing. Gap between them just 1.4s now on the road.
17:36 Sainz is now stringing together some runs in the low 1m23s/high 1m22s on the C2 tyres, and was in hot pursuit of Verstappen the last time the two cars came around to the line.
17:28 There's a little bit of a lull in quick laps - Sainz has returned to the track and now has a total lap count of 32 - as Tsunoda drops into the pits while Stroll returns to the circuit.
17:19 Verstappen makes a return to the circuit, having posted 114 laps of running today. That's almost two grands prix worth around the Barcelona circuit.
17:17 Here's a look at the pressure tappings on the Mercedes, as the team checks the airflow distribution in the airbox and on the rear wing: 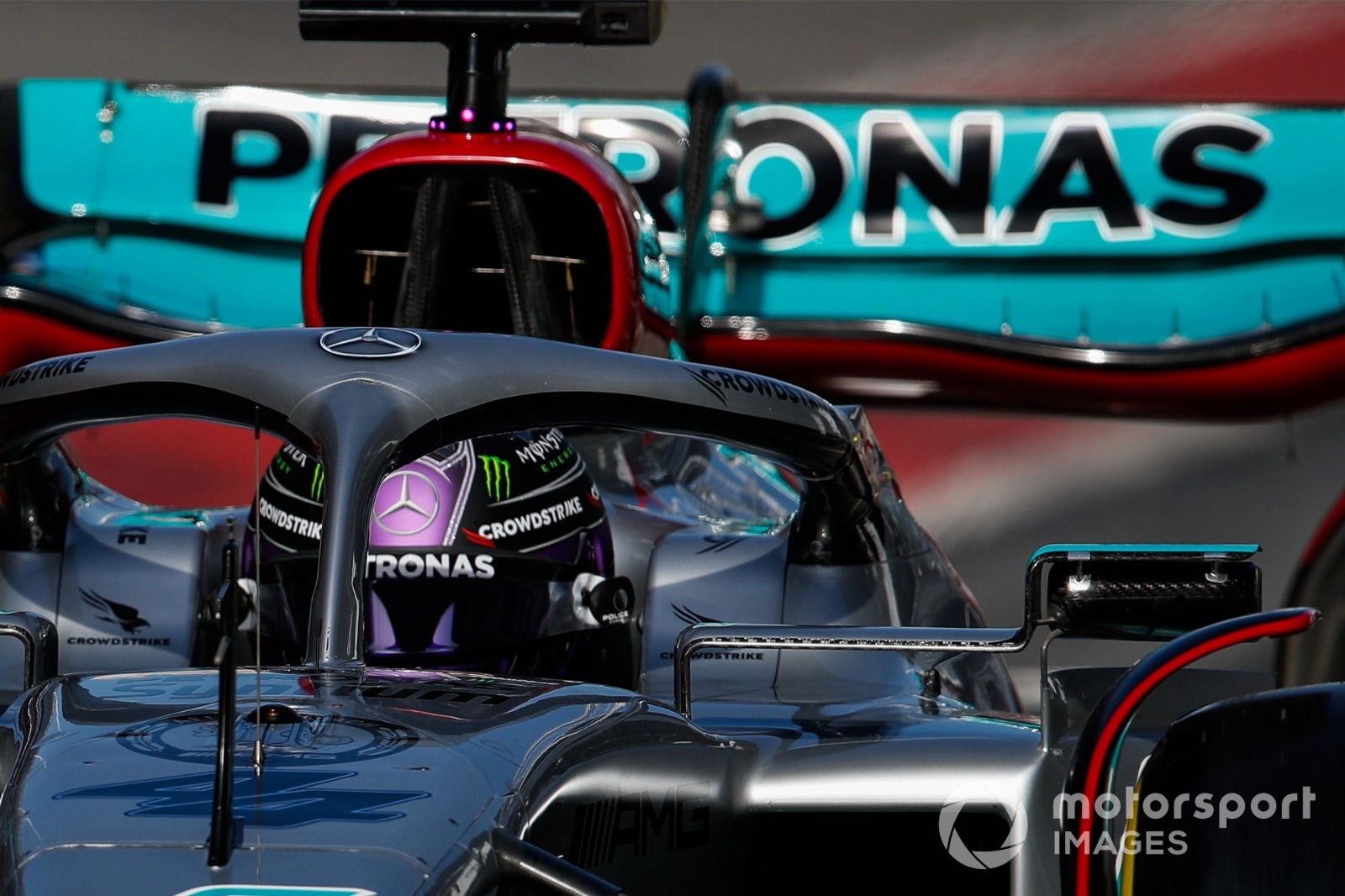 Christian Horner and Toto Wolff say they must move on from their "brutal" rivalry, after suggesting Formula 1 was damaged by the way last year’s title battle ended.

https://www.autosport.com/f1/news/wolff-horner-agree-to-bury-hatchet-over-brutal-2021-f1-rivalry/8431691/
17:08 Hamilton goes a little faster with a 1m21.032s, on the cusp of joining new team-mate Russell in the 1m20s.
17:05 As the clock dips into the final two hours, we still have Leclerc on top from Norris and Russell, while Hamilton's afternoon runs have got him into fourth. Vettel, Tsunoda, Sainz, Verstappen, Albon and Alonso complete the top 10.
17:01 We've added some laps to our Autosport Live leaderboard - we'll try and keep on top of it as much as we can! In the meantime, Hamilton and Albon have just hit the road once more.
16:55 Stroll has now brought his time down to a 1m23.699s - he remains 12th for now, as he now hits his 20th lap of the day. Meanwhile, the timing screens have finally clocked that Alonso's driving the Alpine - not Ocon.
16:47 It's like it was earlier on in the session: Verstappen and Tsunoda doing some longer runs while the rest of the field indulges in more tinkering. Verstappen's lapping in the high 1m23s, Tsunoda in the low 1m24s - before the latter pits just as I was about to hit send...
16:43
Load more

How Mercedes and TeamViewer are Fighting Back in F1