It feels like this season's been going forever, and yet we're only just approaching half way. The three-week break, by the way, wasn't a break at all as I spent the week after Germany preparing our car for the test, then a week at the test, followed by a frantic few days preparing everything to go to Hungary.

The only 'break' I got came from the fact that Hungary's quite a trek by road, so the trucks had to leave a bit earlier than for most European rounds. That, in turn, translates into a couple of rare days off for us before flying out here to start all over again.

I found the whole 'young driver test' a bit odd, I must say. Outside of the top couple of teams, it seemed a bit like being at a theme park at Silverstone. Almost anyone could turn up, join the queue and pay their money for a ticket to ride.

Granted, some of them did well and took advantage of their opportunity, but others, us included, offered a few laps to anyone with either a few quid, or in the case of one young chap, family ties to the owner.

Yes, on the last day we gave an afternoon's running to the 19-year-old nephew of our supreme leader, Sheik Mouffansa.

Now I'm not saying he was useless, but... well he was and the truth is it was nothing more than a joyride. What on earth is Formula 1 coming to when cash and nepotism trump raw talent for so much of the grid?

From our point of view, much as I could've done without the test being thrown into this little gap between races, it did have some use.

It was a rare opportunity to try a few people in different positions around the garage, and we gave a couple of young kids from the factory a chance to be a part of the car crew for the week.

Having said that, I'm not sure how realistic the experience was for them. They spent the majority of their time either making seats from expanding foam for the seemingly endless line of rich kids, or running down the pitlane to restart the car each time one of them stalled it trying to pull away. A bit embarrassing really.

One interesting thing we did manage to try was a trick bit of new pitstop kit. Don't tell anyone, it's top secret, I think, but we've come up with a rear jack that drops by itself in a pitstop.

Controversial, I hear you say. Well, I thought that too after the calamity of errors at the fast end of the pitlane in Germany, but having tried it out, it does seem to work quite well.

Basically, it drops the car on to the ground when the 'system' sees the signals from both rear gun men, therefore cutting out the reaction time of Del Boy, our rear jack guy.

I think he's taken a tiny bit of offense at the whole thing, to be honest - he thought his reactions were the fastest in the business and he's not taken the ribbing from the rest of the team too well.

We've been winding him up for a while that actually he was a bit slow and so the geeks upstairs have had to come up with a way to take his part in the process out of the equation.

Keep a lookout for it this weekend. I hear on the grapevine that Lotus liked what they saw from our practice stops at Silverstone last week and may have come up with something similar themselves.

So on to the Hungarian Grand Prix.

I arrived here on Wednesday and it's hot: like, so hot that the soles of my trainers actually began to melt. I'm sure the last thing Pirelli really need is another extreme test of their latest products in front of the world's media, but I suspect that's what they're going to get on Sunday.

One thing we did learn at the test last week is that the new tyres aren't too different from the old ones, at least on our car. We, like a few others, were actually doing OK on the original versions, so are quite happy that the new '12/'13 hybrids seem to be quite happy on our 'old bus' too.

Ten years ago I used to describe to my friends the feeling of being in the pitlane waiting for a pitstop as being like standing in the fast lane of the motorway with your hand up and trusting that a car will screech to a halt a few centimetres from your feet.

Nowadays, it's a bit more like doing the same thing on a minor A-road... not quite so impressive sounding, is it. How am I supposed to wow people in the pub with that little gem?

I know someone got knocked over by an errant wheel, but come on - firstly, the wheel shouldn't have come off; secondly, he shouldn't have been standing with his back to the action with no one looking over his shoulder; and thirdly, the pitlane speed limit had nothing to do with the incident at all.

I've heard all sorts of reactions after that event, ranging from banning pitstops altogether, halving the number of people involved, or setting a minimum pitstop time of something like six seconds.

Here's where I stand on this, as do most other people I've spoken to who are actually involved in these things, as apposed the thousands of people passing judgment from their armchairs.

Pitstops are currently super-quick and so they should be. F1's the pinnacle of motorsport and should be doing things that amaze people. If we can change four wheels in two seconds, that gives this sport an extra wow factor and should be encouraged and applauded.

Pitstops are our little way of playing a real role in the outcome of each race and we love it, so please don't take that away.

They need to be as safe as can be, of course, but we all know we're in a dangerous environment and actually thrive on that. It's motorsport, for goodness sake. What are we going to do next time a driver gets hurt in a crash on track, ban them all from going over 70mph?

Introduce some proper punishments for the teams if an incident like the one in Germany reoccurs - sporting penalties, not just a pointless fine. If they know there's a chance their season will be seriously compromised if a wheel falls off again, they'll be obliged to take serious measures to stop it.

OK, that's this week's rant over.

Anyway, away from the track, this is a great city and if we ever get out of the circuit before midnight, I fully intend to enjoy it. There's something for everyone here: street-side dining, river boats, beaches, bars and clubs of all descriptions and myriad iniquitous dens... er, so I've heard.

It's one of those places where the FIA paddock pass really is the 'key to the city' and often used to get us into places without queuing, get tables at sold-out rezzos and even got me into the club lounge at the airport here once.

One thing it definitely doesn't work with is the cops. I'm not going to go all-out and say they're corrupt, but when you have to carry a box of team hats and T-shirts in the hire car, to be handed over at their request, just to be allowed down a street that the rest of the world can drive along freely, there's something not quite above board.

Every year they spot a few blokes in team kit driving back to the hotel at night and set up an impromptu road block, where only a bribe will see us getting home. Unbelievable.

Right, must get on. If I'm going to see anything of Budapest this year, I need to get this car finished and do some pitstop practice before we can all get out of here.

Enjoy the race, folks. I know I will in my race overalls and crash helmet in the 40C heat on Sunday. Still, once that's done and dusted, it's HOLIDAYS. 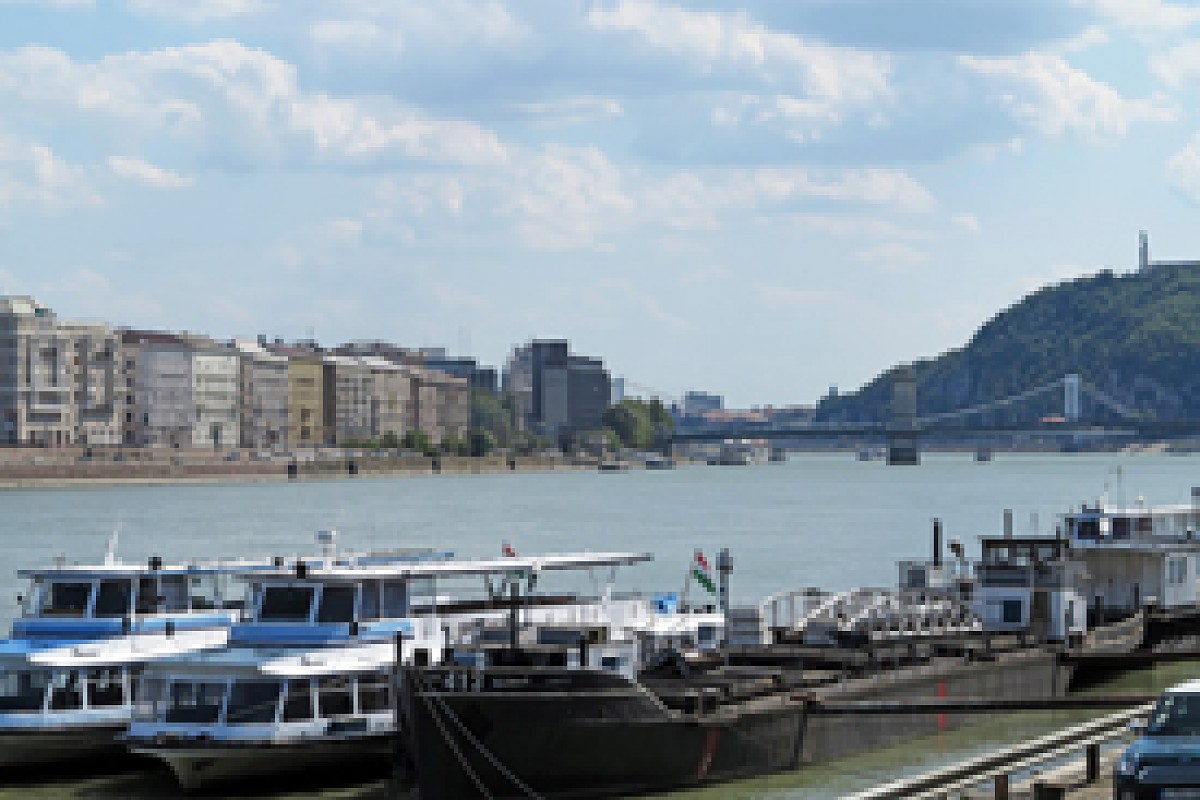 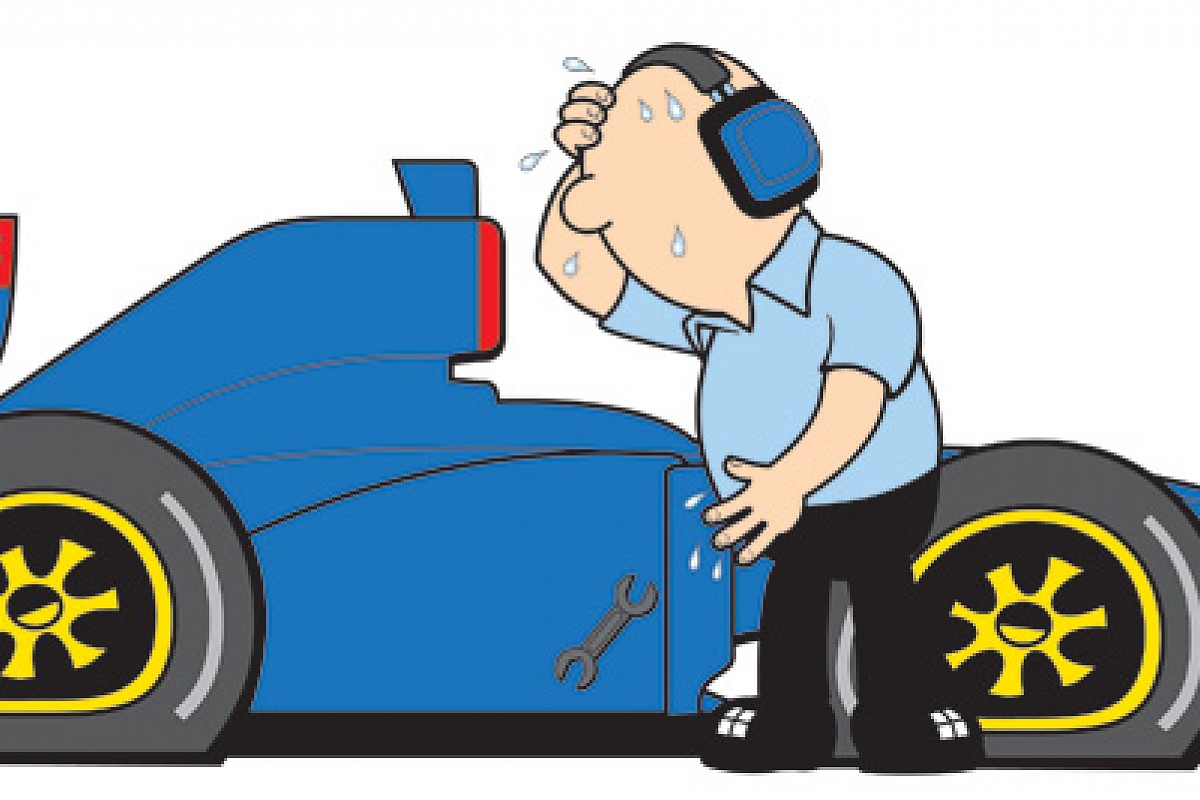