Out on track on Friday morning two cars looked head and shoulders above the rest, Red Bull and Lotus continuing just where they'd left off in Germany three weeks ago despite the change in tyre spec here in Hungary.

Both had visibly more grip than the Ferraris and Mercedes that until relatively recently were regular victory contenders.

The recent soaring temperatures appear to have suited the RB9 and E21 perfectly, but into the afternoon, as track temperatures dropped slightly from their earlier peak of 49C to low-40s, the Red Bull appeared to be in a class of its own.

In terms of headline times, the qualifying simulation suggested the Red Bull held an advantage of a couple of tenths over the Lotus. But in simulated race stints that advantage stretched. On the soft tyres Sebastian Vettel did a nine-lap run that averaged almost 0.6s faster than the best non-Red Bull - Romain Grosjean's Lotus.

We saw in Germany that although the RB9 was much the faster car in qualifying, the advantage swung around in Lotus's favour on Sunday, leaving Red Bull relying heavily upon the track position gifted by its better Saturday performance.

But Friday afternoon's running at the Hungaroring suggested Red Bull's advantage actually increased in race conditions. Vettel's superiority over team-mate Mark Webber was around 0.3s on the soft tyres and 0.2s on the mediums. The latter tyre was the faster over a race stint, with the former the favoured qualifying option by up to 1s.

Mercedes was almost 0.6s adrift of Vettel's single-lap pace, but this was enough to make rivals believe the cars must have been running with a conservatively heavy fuel load.

There is certainly a concern at Lotus that the Merc's formidable qualifying pace will be turned on come Saturday, and that it might therefore interfere in Lotus's attempts at beating Red Bull.

The Ferrari was carrying almost nothing new in the way of development parts, but was in reasonable shape, with Fernando Alonso's best being within 0.16s of Vettel's, suggesting he too might get between the Red Bulls and the Lotuses on the grid. But this time is suspected to have been flattered by fuel loads. In the longer runs, Alonso was around 1s adrift on the softs and 0.7s off on the mediums.

Both Lewis Hamilton and Nico Rosberg struggled to keep rear tyre temperatures in check on the Mercedes. Both managed reasonably consistent long runs, but apparently at the expense of raw pace. Doing a similar number of laps to Vettel on the softs, they were on average over 1s slower.

Expect strong qualifying but a subsequent fading of pace - to the advantage of anyone in front of them.

At McLaren, a new development direction seemed to reap some rewards in the general traits of the car, but Jenson Button was disappointed that this didn't translate to the times.

"I think we'd have been further away here with the car we had at the Nurburgring," he said. "I think it's actually a good step forward. We seem to be in better shape in the long runs, more than the short." 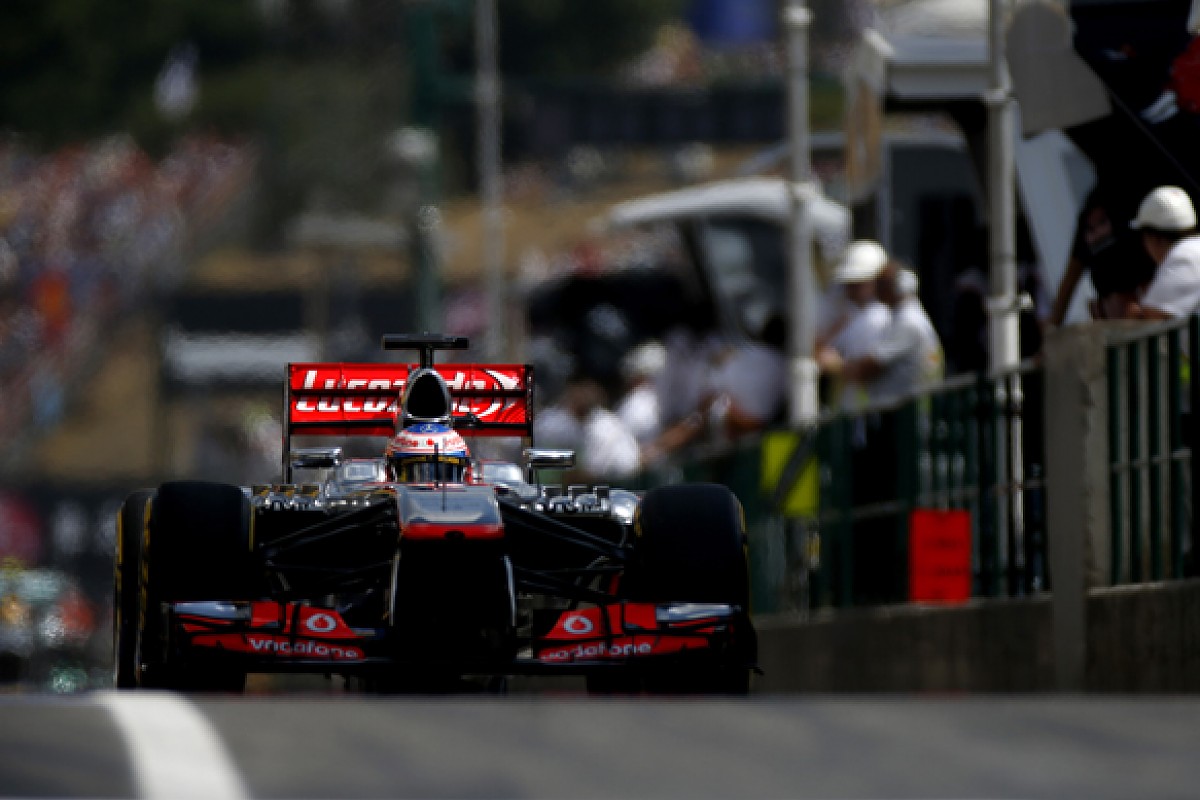