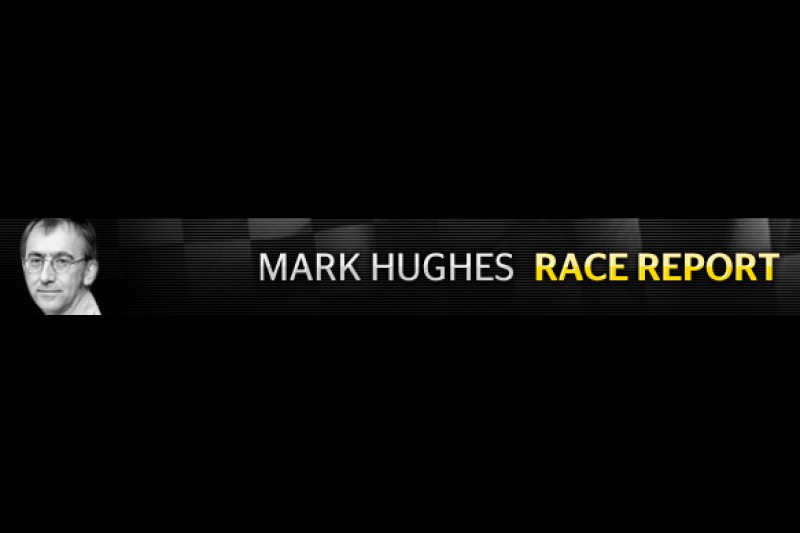 Sebastian Vettel made history in Brazil, while Felipe Massa bade farewell to Ferrari and Mark Webber to the sport. But with such an uncertain winter ahead, says MARK HUGHES, this was a strangely subdued affair

Sebastian Vettel did his victory donuts on-track after equalling Alberto Ascari's nine-race consecutive world championship grand prix victory record. Red Bull team-mate Mark Webber drove his last ever F1 slow-down lap with his helmet off. Felipe Massa drove in from his own semi-donuts after his last race for Ferrari, still seething at the FIA for his drive-through penalty for repeatedly putting all four wheels inside the white pit-entry lines at the top of the hill.

As the last engine - Massa's - was shut down in the collecting area, Formula 1 bade farewell to the V8 formula.

We rate the drivers after the Brazilian GP