Coming into what's quite possibly the most intriguing, politically-loaded weekend of the year, with the story of the championship apparently poised on the pivot of whether the abolition of the steel-belted Pirellis has altered the competitive picture, the answer is... not clear!

The numbers suggest one thing in how the Red Bull versus Mercedes battle looks set to play out around the Nurburgring. Instinct suggests another picture entirely.

What's very clear is that the soft tyre loses its performance very quickly - after four/five laps - while the medium can apparently go on forever.

With the new Kevlar-belted rears and a track that places far less energy into the tyres than Silverstone, there has been no suggestion of any repetition of the Silverstone failures.

But will the introduction of the Kevlar-belted version of the 2013 construction of the rear - with running temperatures around 10C cooler than for the steel-belted tyre - alter the competitive picture, particularly between Red Bull and Mercedes?

The suggestion coming into the weekend was that lower rear temperatures would enhance the prospects of Mercedes - especially given that at Silverstone it had already seemed to have cured its rear degradation problems.

Here's what the numbers say. Over a 13-lap long run on the more robust medium tyre, Sebastian Vettel's Red Bull averaged 1m36.38s. Over an identical run on the same tyre, Nico Rosberg's Mercedes averaged 1m37.11s. Over a typical 26-lap stint, that would put Vettel ahead by 18s.

Vettel's team-mate Mark Webber did an arguably more impressive run than either, averaging 1m36.7s over 22 laps. Lewis Hamilton's run was badly compromised by traffic for most of its duration.

Ferrari appeared in good shape, though the stint lengths were relatively short. Lotus, having looked reasonably quick in the morning, appeared to be around 0.5s off the pace in the long runs - assuming comparable fuel loads, of course.

In low-fuel trim, the Mercs were around 0.8s quicker than the Red Bull in the morning, but 0.2s slower in the afternoon. It's this that should send alarm bells ringing for Mercedes' rivals. It suggests that in the second session, the Mercs may have been running higher fuel levels than most others in both short and long runs.

Given the team's traditional concentration on stressing the tyres to their maximum during the practices, there would be a strong logic to such an approach. If Mercedes ran its long runs replicating a race-starting 140kg and Red Bull ran second-stint fuel loads of, say, 115kg, that would account for around 0.9s. Subtract 0.9s from Rosberg's average to give 1m36.2s - and he would then be quicker than Vettel by a couple of tenths.

But then, what of Webber, who potentially looks faster around here than Vettel? And then there's the question of Hamilton - who was marginally quicker than Rosberg in one-lap pace in the morning.

The intrigue lies heavy in the air ahead of Sunday. 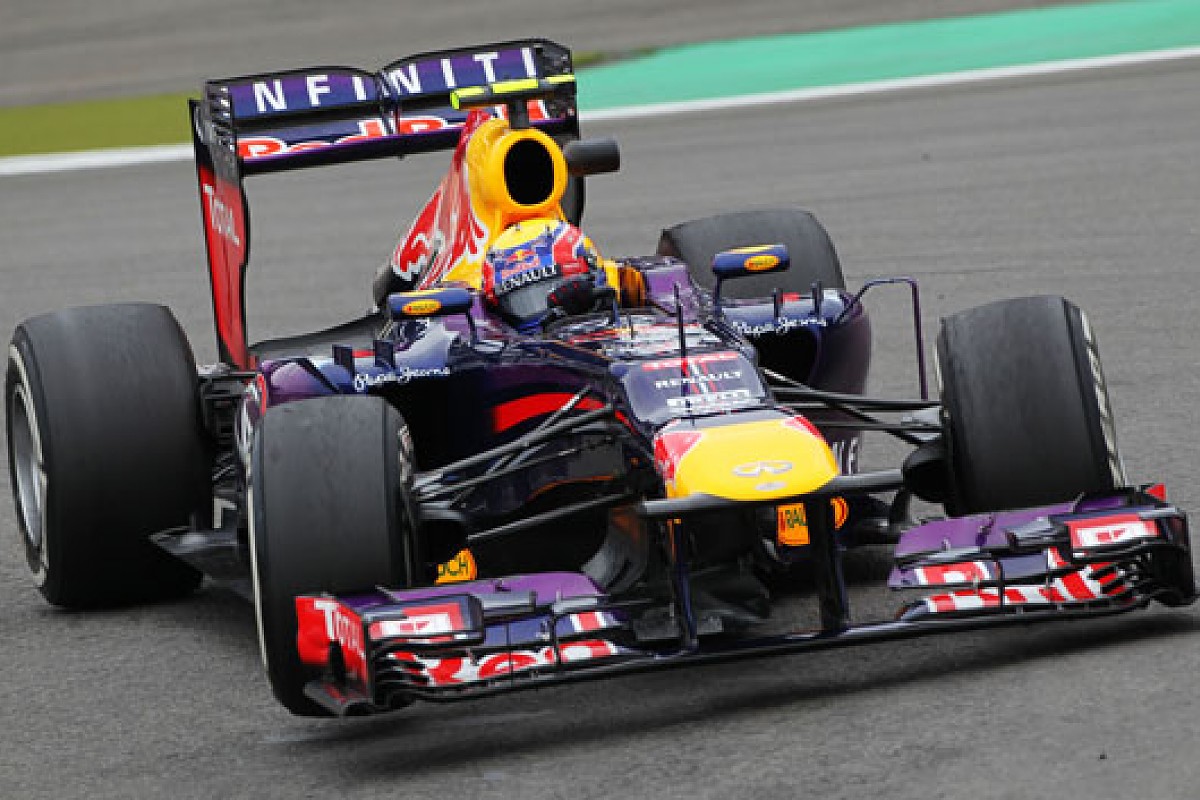