"The developments we've brought to the car here," said McLaren's Sam Michael, "are only part of the full upgrade that will appear over the next three races. So we're not expecting to suddenly go from sixth/seventh place, where we've been so far, up to the front. We've known the limitation of the car basically since February time but it isn't a quick fix."

A quick look at the Friday practice times from Barcelona confirms that the MP4-28 has not suddenly been transformed into a Red Bull-beater. But the picture is probably not quite as bleak as Jenson Button and Sergio Perez's 12th and 13th quickest times may suggest.

With the morning session rained out and rendering the aero-measuring sensors useless, the full programme of aero assessment - both with and without the new front wing, so as to measure the effect in isolation of the other changes - had to be combined with the usual programme of tyre-data gathering in the second session.

A best time almost 1.5s off the fastest is probably not fully representative. Button remains hopeful that the car will become a comfortable - rather than marginal - Q3 qualifier.

The one-lap pace they and everyone else are measuring themselves against is that of Red Bull with an RB9 that is almost as heavily updated as the McLaren.

Sebastian Vettel and Mark Webber both dipped under the 1m29s, separated by less than a tenth, although in fact Webber was looking good to be the quicker of the two until being caught out by the strong cross wind as he turned into the fast Campsa turn onto the back straight. It's a circuit at which Webber has traditionally been very strong and, if he is to get a serious 2013 title campaign going, a victory here would be extremely timely.

Fernando Alonso's Ferrari actually split the Red Bulls on peak time, but the team invariably runs this part of the weekend less heavily fuelled than Red Bull, both in qualifying and race simulations. The question is by how much.

The Ferrari too is heavily revised, with new front wing, sidepods and floor, and the initial picture suggests that the team is keeping up with the development war. But whether its target of improving qualifying performance will be met is less clear. In terms of race simulation it was quick and consistent, apparently comparable with Red Bull and Lotus, fuel loads notwithstanding.

At Lotus it was a familiar picture: reasonably quick in qualifying simulation but probably not a pole challenger; very quick and consistent in race trim and quite conceivably a victory contender.

Mercedes has relatively few new surfaces on its car, and the whole focus coming into the weekend has been to control rear-tyre temperatures. Relatively little attention has been paid to one-lap pace. A new rear-brake-drum design is intended to take heat away from the rim of the wheel and caliper more effectively, but a more fundamental and effective change is expected in Monaco.

In the meantime, Nico Rosberg completed an extremely long run of 18 laps and showed very respectable consistency. His average time during that stint, taking out traffic-slowed laps, was 1m31.2s, with a relatively small variance (-1.1s and +1.0s). None of the other frontrunners did a comparable long run, but making the comparison with an 11-lap run by Vettel shows an average of 1m30.6s with a very similar variance (-1.0s and +1.1s).

The shorter the run, the less variance would normally be expected, and so that reflects well on Rosberg's run. If the 0.6s per lap difference in average pace was to do with fuel load (that would imply a difference of around 20kg, good for seven laps, which was the difference in stint length between the two), then Merc's looking in much better race shape than in Bahrain.

The competitive picture appears to be only mildly changed from the opening four races. But McLaren isn't getting too distracted by that at the moment. 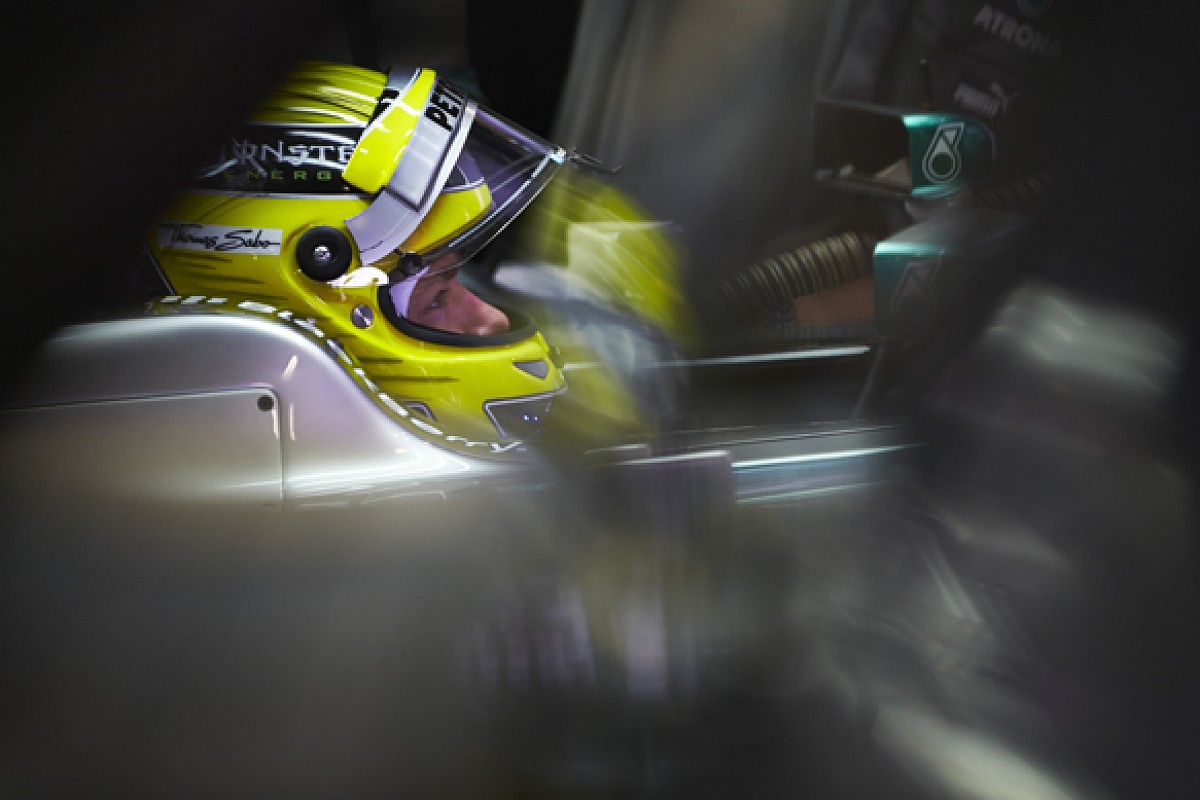