Which team underperformed most surprisingly during the Australian Grand Prix weekend?

While the silver squad's unwieldy MP4-28 hogged the negative limelight, Williams endured a catastrophic weekend. Having ended pre-season testing as a strong best of the rest contender, Pastor Maldonado and Valtteri Bottas were rooted to the back of the midfield pack in Melbourne.

To underline the team's struggles, Marussia driver Jules Bianchi briefly ran ahead of Maldonado in the race and Bottas finished a lap down despite, one brief moment aside, driving well throughout.

Maldonado certainly wasn't pulling any punches. When he first drove the car at Barcelona in mid-February, he couldn't contain his excitement at its potential. But after being knocked out in the first segment of qualifying, he denounced the FW35 as undriveable.

"The car was not inconsistent," said Maldonado on Saturday night, "it was consistently bad. There was not enough grip and we need to understand from the aerodynamic guys if we have some problems. At the moment, we don't know where the problem is.

"It's not difficult to drive, it's impossible to drive. We introduced some new parts in the car and maybe they aren't working. The second Barcelona test didn't go as we expected. But we didn't expect to be that bad here."

The Venezuelan wasn't just talking about the car in wet conditions, the problem was across the board as the poor race performance proved. Bottas, who did make it through Q1, pointed out that the bad conditions merely accentuated the car's weaknesses.

"It was just general [lack of grip] and getting the tyres to work, especially in the wet," he said. "It was quite difficult to drive and we really need to work hard to try to improve our car and make it more stable.

"Some of it was the conditions [in qualifying] but I still think compared to when I was on track close to some other cars, you could see the difference in grip."

It's difficult to draw too many conclusions about the absolute pace of the Williams FW35 given the conditions in Melbourne. But last year, the team was one of the revelations of the first weekend of the season and would have finished sixth but for Maldonado crashing on the final lap. Then, its raw speed was 1.078 per cent off the pace. In 2013, the deficit was 3.427 per cent.

The puzzling thing is the disconnect between the optimism that the team felt at the first test and where it is now. This suggests that the problem isn't fundamental, but lies in the development direction that has been taken.

"At the first Barcelona test, Pastor jumped in the car and said it was much more stable and he was very comfortable in it," says technical director Mike Coughlan. "That test, we concentrated on some system checking, the last bits we couldn't do at the factory.

"Then, in the second Barcelona test, we brought some pieces and maybe we have made some errors. We will go back and have a look."

Coughlan remains confident that problem can be attacked in the short term. His position is very different to that of McLaren top brass, who accept that it's a long way back from where the MP4-28 is. But while the McLaren is a dramatic diversion from its predecessor, there is nothing revolutionary about the Williams FW35.

Given that last year's car was fast enough to have had a serious crack at fifth place in the constructors' championship had its drivers not squandered so many points during the season, it is fair to give Williams the benefit of the doubt for now.

"The front suspension is the same," says Coughlan. "The rear suspension is just a small geometry change and all of the targets that we have set for this year we've met. We don't believe that we have a core problem in the car. It's set-up and aerodynamic subtleties that we need to fix."

The most obvious problem that the team has had is with the upgraded exhaust/sidepod package that was introduced at the second Barcelona test. That new design was back-to-backed with the launch-specification package on Friday in Australia before being discarded for the weekend.

Williams doesn't plan to race the new package in Malaysia, although it could well be run on Friday to gather data. The ambient temperature will play a part in the decision as to whether it is tried again, simply because the cooling characteristics of the new package aren't as good as the old.

The old package is closer to the McLaren concept, whereas the new version is the ramp/tunnel set-up favoured by the other Renault-powered teams. Coughlan admits that Williams has been playing catch-up on exhaust blown technology having not been able to harness it with the Cosworth powerplant in 2011 and it is hoped that the new package will be raceable, perhaps as early as China.

Remember that this is a similar exhaust package to the one that it took Red Bull a while to get on top of at the start of last season.

But this isn't the only problem. After the race, Coughlan was at pains not to blame the 2013-specification Pirelli tyres exclusively for Williams's problems. But it's fair to say that switching on the rubber, as well as graining, wear and degradation, was a problem.

"The bottom line is that we didn't get the tyres to work and we have got some work to do," says Coughlan. "It's too early to say [that it's down to the tyres]. For the moment, you have to say yes but Kimi [Raikkonen] didn't think so. And nor did [Adrian] Sutil probably - his performance was quite outstanding. I don't think it would be right to blame the tyres for the moment. We haven't done a good enough job.

"Malaysia will be 30-something degrees. Maybe some of our problems will go away? I don't want to say it's something as simple as temperature is our problem and we do realise we have a problem, but it could help us."

Needless to say, these are all issues that can be caused by the shortcomings of the car, rather than being rooted in the rubber itself. Coughlan accepts that, although he points out that missing the operating window of the tyres by a small margin can have a dramatic effect.

"Yes, absolutely," says Coughlan when the possibility of the tyre problems being caused by a lack of downforce is put to him. "These things spiral up and down. If you get a little bit more grip, you are able to push the tyre a little bit harder, then it comes to you a bit quicker and the performance is there."

Work on turning things around will start in earnest in Malaysia. For now, Coughlan is very confident that task is achievable, although history suggests that it's a long way back from so far down the order.

Fortunately, given the success that the team had last year, it's reasonable to give it time to fix the problem before suggesting that it has made fundamental mistakes with its car.

For now, this is a bump in the road, but that could change if progress isn't made by the time the European season starts.

"There is no crisis," says Coughlan. "Absolutely, it's a setback but we are a mature team with great history and with good people. We did a good job last year and we've just got to understand where we went wrong." 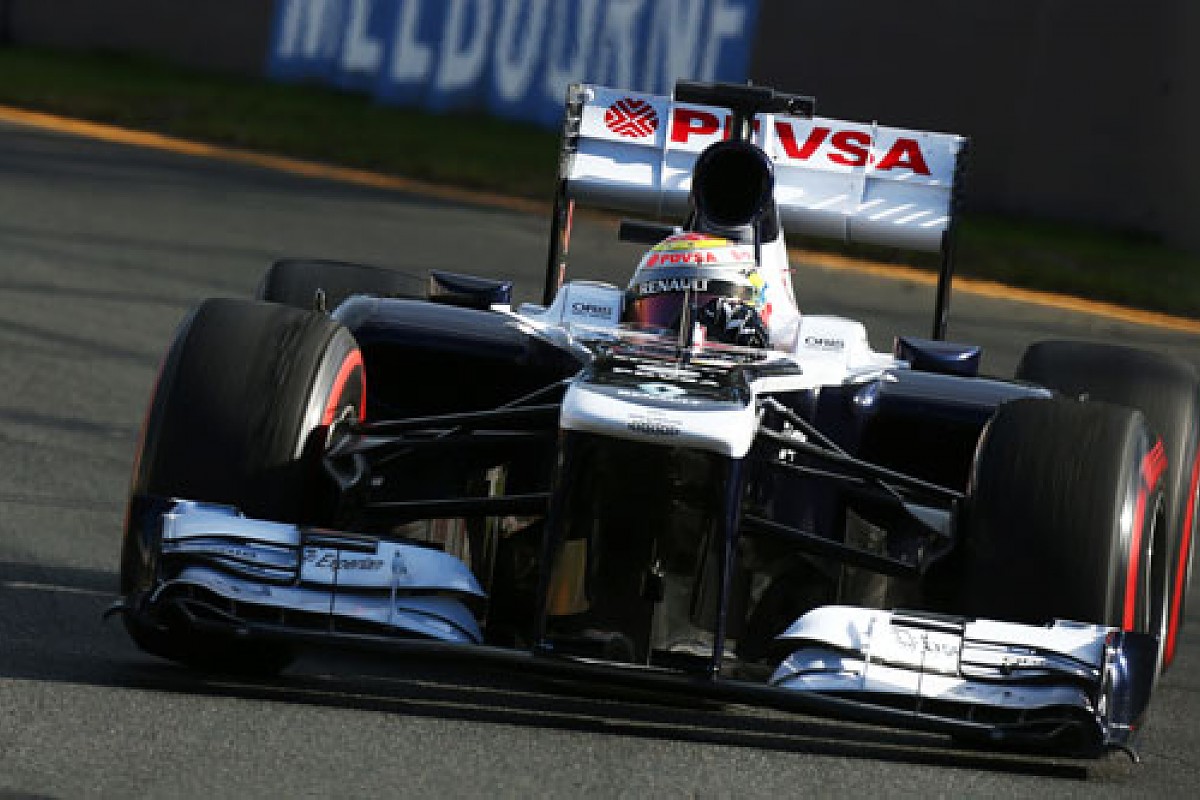