"If someone gave me your recorder and said, 'Can you pop that in the sidepod somewhere?', I'd struggle to find a place for it," he quips.

Both Morris, who headed up the project to shrink Sauber's sidepods by an estimated 120mm at their widest point, and AUTOSPORT agree that there is no performance to be had in integrating the dictaphone, so talk turns to the effectiveness of the concept.

First and foremost, any doubts about cooling problems were vanquished by the fact that the car completed more laps than anybody (a total of 1183 miles) in last week's Jerez test.

"Clearly, we designed the car to work so we had to be confident that the sidepods were going to do what we predicted, and they have," says Morris. "This pretty much came in bang on target, so no concerns there."

The philosophy behind the sidepods is simple. Most teams have undercut sidepods in order to optimise the airflow to the Coke-bottle area, which is key to the overall downforce of the car.

Sauber has opted to reduce the blockage to the airflow as it travels down the car so that it reaches the Coke bottle more directly. The argument against doing this is that, potentially, the capacity to further accelerate the airflow through the profiling of the sidepods is lost.

"The design suits our car and it suits the rear of the car," says Morris in response to this. "The good thing with having small sidepods is that it frees volume up for development. There's nothing to stop us, if we want to at any point, go to bigger sidepods or put aero devices in that volume. It's a lot harder when you have a big sidepod to optimise it the other way.

"We've got confidence in our concept so we feel that there's more to come from that area and how it interacts with the rear of the car.

"With a lot of these things, you have to believe in the concept and the performance will come. Maybe the first time you do it you don't see huge gains, but as development progresses you get more, and there are more developments in that area in the pipeline."

Asked whether the team is already seeing the upside to this concept on track, Morris responds with an emphatic "yes". With more parts planned for both next week's Barcelona test and the final pre-season days of running at the Spanish venue that follow, what Sauber had at Jerez was just the starting point.

"The Jerez car is actually quite a basic package," he says. "We've got more things coming at the next test and even more for the final test. These are the parts that now are in manufacture.

"There is performance to come, and now we're looking at the next step. It's good that we keep finding performance, and it's encouraging that we've made the right decision in terms of the concept. It's clearly freeing up performance for us."

One avenue for development is the vanes that stand out from the sidepod.

"It's certainly an area that is a big volume that we can develop in now," says Morris. "But we're also looking at the back of the car because ultimately that's where the biggest gains come from. This concept allows us to work on the back of the car more. If you make a change like this, it does take time to realise the performance."

While we don't yet know how effective Sauber's narrow sidepods really are, we can at least be sure that they work.

Anyone who has glanced at the BMW Sauber F1.08 cutaway images released by the team last year will realise just how tightly packaged a conventional F1 sidepod is. Were the world to be allowed to see under the skin of the Sauber C32, it would be breathtaking.

"We decided it was the direction we wanted to go in last summer, and it heavily involved the chassis design and the side-safety-structure design, so it's not just a case of aero coming up with the idea and sending it out," says Morris. "Also, on the production side it has involved the electronics department and all the hydraulics group. It has involved so many people to get the packaging right.

"I like a challenge and it has definitely been that. At the moment, we have passed the crash test and the car cools. We can say that we've done our job if we turn up for the first round at Melbourne and the car is fast." 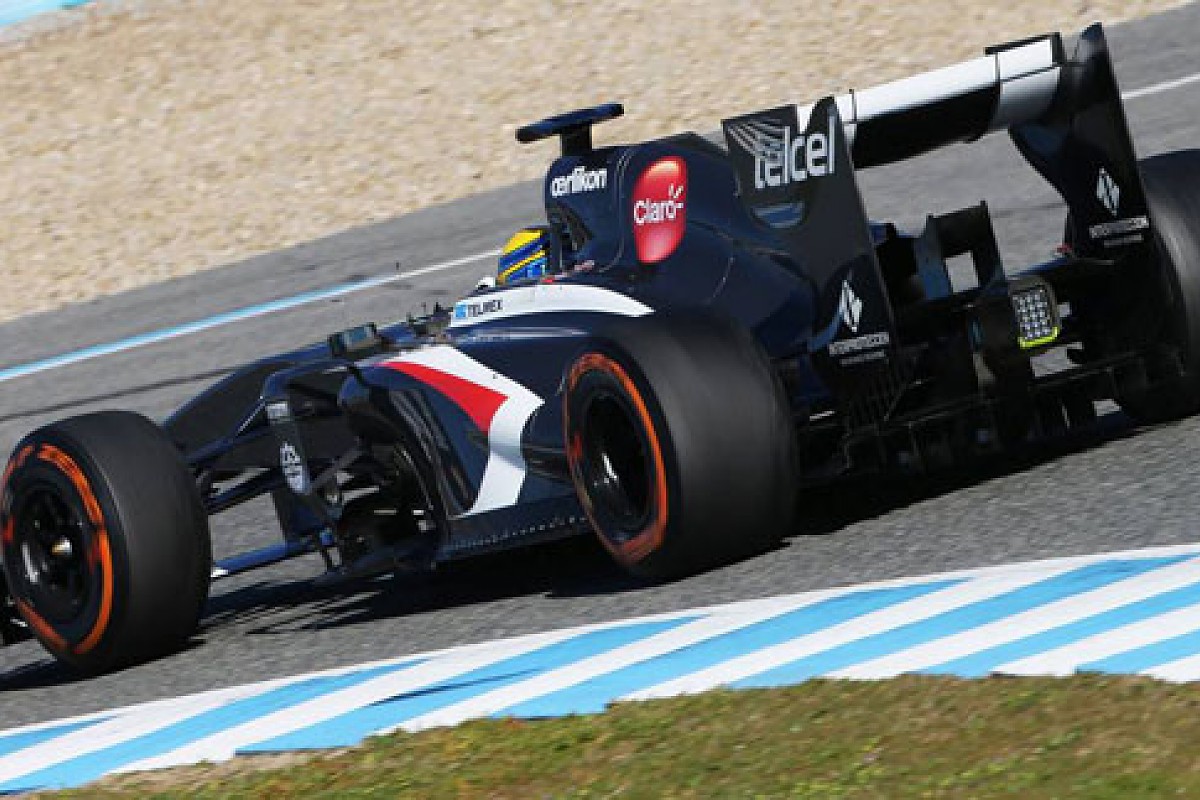