Turn 8 at Jerez is an easy corner to overlook. From a distance or on a track map, it seems like a relatively insignificant part of the circuit. It's also far from the most significant corner in terms of lap time.

But what it does offer is a high-speed entry after which drivers must bleed off speed and drop a few gears as it tightens. That, combined with an excellent vantage point close to the inside of the turn, makes for interesting viewing.

Inevitably, the programme drivers were on at a given time played a major role in how the cars looked at each moment. But visually the most impressive car through this section was the McLaren, driven on the final day by newcomer Sergio Perez.

Even when on the medium compound Pirellis and on a longer run, the McLaren never looked anything other than very stable through here, carrying good speed and with the rear staying planted even while Perez shaved off the speed and downshifted approaching the transition into the second part of the corner.

Others looked good here, with the Lotus in particularly seeming as well-balanced and well-behaved as it did everywhere else.

But to the naked eye it seemed that it might just have been lacking that fraction of grip relative to the McLaren, meaning that Kimi Raikkonen was dropping to a lower minimum speed through the corner. Not by much though, and that could easily be explained by fuel loads or set-up.

Having watched Raikkonen's massively committed fastest lap of the final day in the final sector, were the Australian Grand Prix held tomorrow the Lotus E21 would surely be at least as strong as it was last season, if not stronger. Certainly, as far as front end grip goes it is potentially the market leader given how easily both drivers found it to get the nose into the corners throughout the test.

Wherever you watched, the Mercedes was an interesting car. Lewis Hamilton, also on a long run on mediums, couldn't carry the same speed as the best machines through Turn 8. Early in his run, he had a couple of moments when the rear wobbled in the transition to the second pace of the corner, closely followed by an understeer moment that he gathered up well a lap later.

Thereafter, he settled into his run and kept the car firmly under control and was extremely careful not to take too much out of the tyres. Whenever you watched the Mercedes when on long runs, both its behaviour on track and the lap times suggested it was pretty much where you'd expect a team that finished fifth in the constructors' championship last year to be.

At other corners, Hamilton's willingness to experiment and improvise was in evidence, suggesting that he's coming to terms with being in a car with a downforce deficit.

The evidence trackside was not that Mercedes was having the disaster that some would have you believe following its problems on day one and two, merely that there is still work to be done if it is to get in among the favourites.

It was impossible to draw many conclusions from Ferrari's running on the final day, with Pedro de la Rosa's outings limited by a gearbox failure in the morning.

Certainly, the Ferrari is a far better car relative to the rest than it was this time last year, but exactly how good is difficult to be sure of and there was occasionally a hint that it might not always be getting its tyres up to temperature as quickly as some others. That, however, could be an artifact of specific programmes and it's unlikely to be symptomatic of a significant problem.

The Sauber continued to look like a very tidy package. Even when towards the end of a long run on Friday afternoon, Esteban Gutierrez was able to turn competitive lap times for that deep into a stint.

Considering that he was fighting the car both under braking for Turn 1, and struggling to keep the rear under control as he fed the throttle in late in a strong long- run, that bodes very well for the Swiss outfit.

Force India raised some eyebrows thanks to Jules Bianchi's second fastest time of the day. Despite suspicions of a 'glory run' the VJM06 never looked anything other than an honest and true car and, compared to the Jerez test last year, had far better traction in the exit of the slower corners than it previously did.

Looking at the pace Paul di Resta set on heavy tanks at the end of the day, there was nothing to suggest that the Bianchi time distorted the pace of the car, even though it is obviously not the second fastest machine.

Jean-Eric Vergne appeared to enjoy the balance on the Toro Rosso as much as Daniel Ricciardo did and it responded very well to his more aggressive driving style.

The suspension changes have clearly produced the mechanical package that the team desperately needed but in Turn 8, the car proved to be nothing special. A raft of aerodynamic upgrades are expected and with a decent step forward in downforce, there is potential here for being towards the top end of the midfield.

As for Caterham and Marussia, it seems likely that their private battle will remain just out of reach of the midfield. The Caterham looked tricky to drive at times, with Charles Pic struggling to have a consistent run through the double right-hander at Turns 8/9 as he had to gather up the car.

The Marussia, by contrast, seemed a little more predictable, but also remains shy of the overall downforce needed to get into the pack.

All of which leaves Red Bull. The team is traditionally shy of running as light as some in pre-season testing, but Vettel posted some very good lap times while carrying fuel.

The Red Bull had no obvious vices on-track and either the triple world champion found a way of driving that made it easier to get the car turned in than Mark Webber did, or the team made progress with the set-up to achieve a good balance.

That's pretty ominous for the rest, even though McLaren and Lotus in particular look right in the game.

But as we saw this time last year, trackside appearances at this stage can be deceiving. With the vast array of fuel loads, tyres, track conditions and programmes making direct comparisons very difficult, all we can conclude for sure is that Webber's description of this as the 21st race of last year isn't far off.

The competitive order hasn't been revolutionised and with the field so close, perhaps closer even than last year, the tweaks and changes to come between now and Melbourne will be decisive. 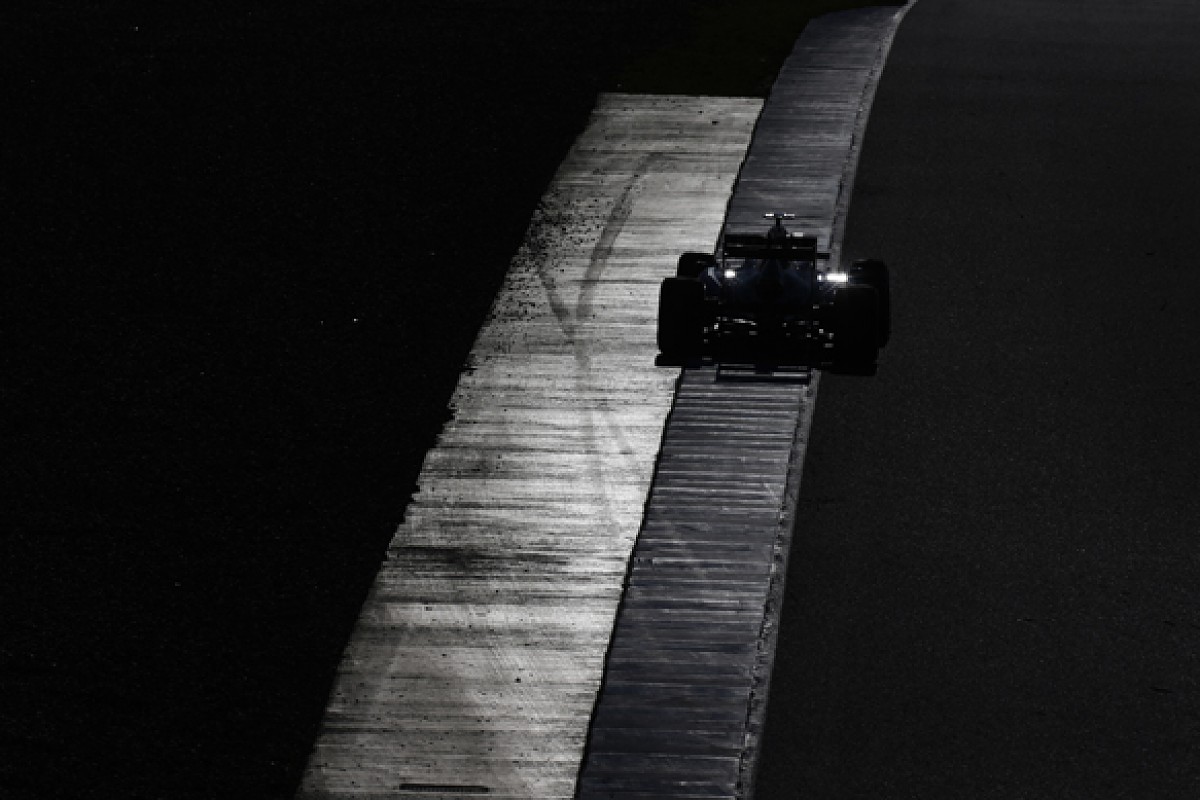