With the Concorde Agreement having effectively expired, and 10 teams having been offered - and accepted, some state under duress - vastly divergent commercial/governance terms for their 2013-20 participation, rumours are swirling about that certain factions are considering filing complaints with the EU Commission over what they perceive as being an abuse of its dominant position by the Formula One Group.

In terms of the commercial agreements struck between FOG and the teams there are effectively four, possibly even five, team groupings:

* Constructors' Championship Bonus teams, defined as those who won constructors' championships in recent years, but in simple terms those the FOG simply cannot afford to lose from the championship, namely Red Bull, Ferrari and McLaren.

These teams will enjoy enhanced financial terms and strategic input into the rulemaking process prior to regulations being ratified by the FIA's World Motorsport Council, and will continue to sit on the (to be streamlined) Formula 1 Commission.

* A second tier of highly desirable teams, namely Mercedes, Williams and Lotus, who have been offered a seat at the CCB table subject to certain conditions, and sit on the Commission. There is now a backlash among excluded teams against the participation of the sextet in the CCB process on political and sporting grounds.

* A third tier: Sauber, Force India and Toro Rosso. This group sits on the Commission, but not the CCB table - although Toro Rosso enjoys indirect CCB representation through its fraternal links to Red Bull.

* Then there's Caterham, which has a commercial deal in place, but is excluded from the Commission on account of not having scored any points.

As all teams were previously represented on the Commission, it has every right to feel aggrieved by being excluded, particularly as this materially affects its input into governance, and therefore its ability to enhance performance.

* The final tier is split into two: Marussia, whose (paid) entry was accepted by the FIA despite the team having no commercial agreement in place and having no right to sit on the Commission, and HRT, which would have been in the same boat had its entry been accompanied by the requisite fee. HRT may argue in litigation/mitigation that it was forced into liquidation by dint of not having been offered a commercial deal or Commission representation.

To understand the basis for any EU complaint it is necessary to establish whether the FOG is in any form abusing its position as sole buyer/seller of F1 services, which is effectively what the entity does: on the one hand the FOG buys in services from the teams (who act as suppliers to the FOG) before repackaging the goods/services and selling them to TV broadcasters/race promoters (the FOG's primary customers).

Fans are in effect the FOG's consumers or end users, and the EU concerns itself with the impact of any agreements struck in EU countries on the EU consumer, and whether such agreements run counter to Articles 101and 102 (TFEU).

Thus the test: could the consumer ultimately be harmed by certain teams being excluded from the decision-taking process/financial arrangements?

Other tests are whether the aggregate market share of the parties in any relevant market within the EU affected by the agreement exceeds five per cent (affirmative, regardless of methodology), and whether the aggregate annual turnover of undertakings concerned in the products covered by the agreement exceeds €40 million (ditto).

Anti-trust specialist Rohan Shah of RBB Economics is of the opinion that a case could be made that the commercial agreements run counter to EU provisions - Caterham fans could argue they are deprived from enjoying a competitive team, Spaniards could lament the passing of HRT, while fans of any team outside the CCB trio could have justifiable complaints - and further believes that the complex proposed governance structure jeopardises those teams outside the CCB group.

"In my opinion, [excluded teams] have an arguable case that they have been anti-competitively excluded from a market defined as 'the market for F1 services', because it could be argued that FOM are a dominant purchaser of services provided by the teams and the agreements [unequal payments combined with being excluded from the rulemaking process] are unlikely to be indispensable," Shah exclusively told this column.

Ultimately, believes Shah, the crux of the case is likely to be whether or not broadcasters, merchandisers etc are able to switch away from FOM, hence reducing its incentives to do anything that would ultimately harm end-users/fans.

"The consumers, in this case TV companies, merchandisers, track promoters etc - ie the immediate consumers of services offered by FOM - may suffer from the fact that [teams] have been 'foreclosed'. So TV companies etc are not getting what they paid for - possibly semblance of 'fair' competition between teams.

"Hence, the agreements may be causing harm to the consumers in that market," he clarified.

Against this background it would seem Mercedes, Williams and Lotus (and, by extension, F1 fans) have a right to feel aggrieved through exclusion from the CCB process, either by not being full members of this strategic group, or in the event of exclusion. This column understands there are currently moves afoot to reduce the strategy group to just three full CCB teams. Sauber, Force India (and Toro Rosso?) have all the reasons listed above.

Caterham has further reason, while Marussia (and HRT) has every reason - so complaints could come from virtually any quarter, and subject to being valid in terms of said tests, must be considered by the EU Competition Commissioner.

It is important to note that complaints could be filed by any EU-based party, including aggrieved private individuals.

Sources advise that at least one team - likely Mercedes - recently considered filing complaints, but was persuaded by better terms, while another is currently studying opinions, with two further teams believed to be undertaking in-depth discussions about their respective positions.

Whether it will get that far, or whether the FIA/FOM, who between them agreed to restructure the Commission and introduce the Strategy Group, will act before dissent among the ranks (and/or consumers) reaches Brussels, remains to be seen. But it is important to note that 13 years ago F1 and the FIA were investigated under the then-Articles 81 and 82 of the Treaty by the EU Commission.

Truck racing TV producer Wolfgang Eisele in 1997 filed two complaints to the EU after his AE TV family business fell prey to the motorsport-wide commercial agreement then struck between the FIA under Max Mosley and his friend of over 30 years' standing, Bernie Ecclestone.

A further complaint was filed the following year by parties with interests in GT racing, and the EU acted accordingly. Result: a massive (and embarrassing) overhaul of the deal.

Does the FIA wish to go there again? Can CVC Capital Partners, current holder of the sport's commercial rights, stand unwelcome investigation into agreements formulated under its tenure by a company officer?

Either way, given the myriad legal challenges Ecclestone, now CEO of the FOG, faces on both sides of the Atlantic, an EU investigation is the last thing he or the sport can afford as it prepares for a new Concorde Agreement to bind governing body, commercial rights holder and the teams for the next eight years. 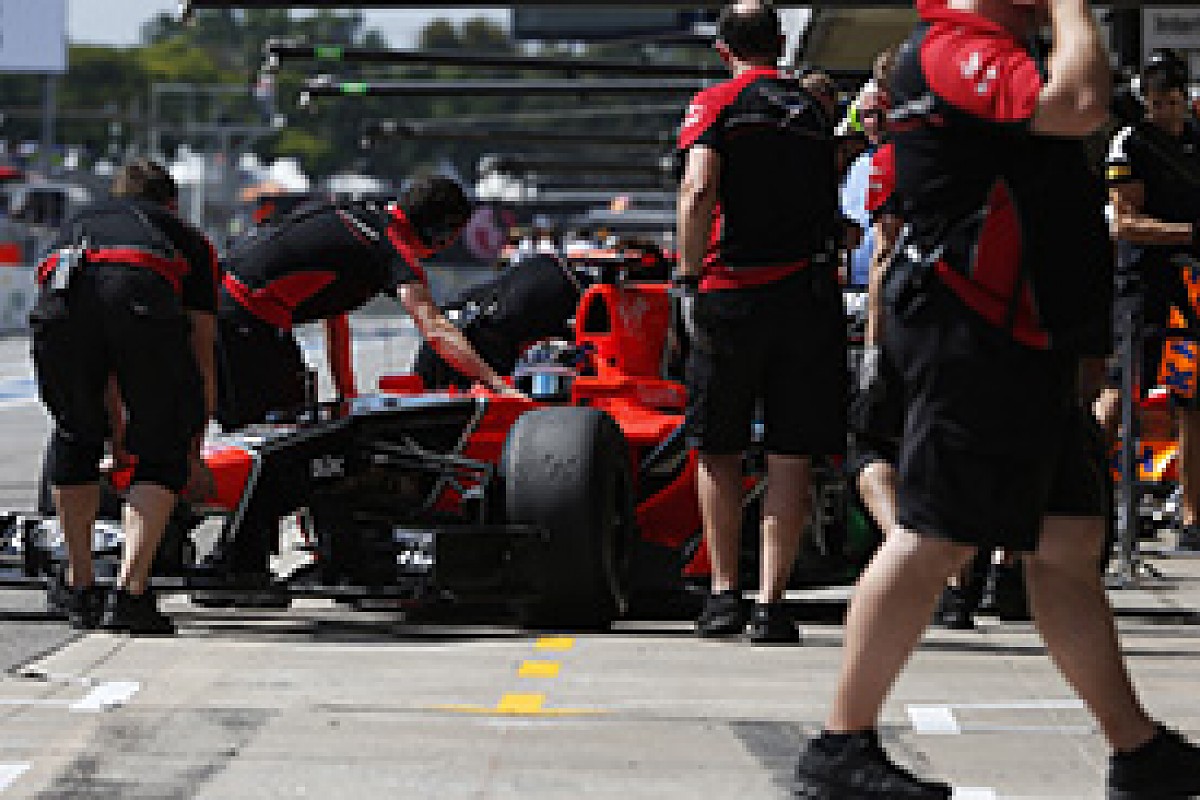 Notes: in its notice published pursuant to the AE TV and GR racing complaints, the EU Commission inter alia stated:

The proposed changes to the regulatory framework and to the commercial arrangements [as eventually directed] appear to the Commission to introduce sufficient structural remedies minimising the risk of possible future abuse [note] and to set the basis for a healthy competitive environment in economic activities related to motor sport.

The modified Concorde Agreement establishes the organisational structure of the FIA Formula One Championship and provides for the commercial arrangements aiming at marketing the series. As motor sport and especially formula one is a particularly complex technical activity requiring important investments in technological research and development, it is indispensable for all [emphasis added] participants to agree on the way the series are organised.

The Concorde Agreement sets out the obligations on FOA to pay certain amounts to all teams to reflect their contribution to the FIA Formula One World Championship. FOA agrees to pay each [emphasis added] team a sum calculated by reference to, inter alia, FOA's gross revenues from exploitation of the TV rights.