Seasonal sweeping rule changes have become a regular feature of Formula 1 these days and one of the burning questions on everybody's lips ahead of this weekend's season-opening Australian Grand Prix is just how measures such as the adjustable rear wing (or drag reduction system/DRS as it has been snappily dubbed), the return of KERS and higher degradation Pirelli tyres will influence the racing in 2011.

In reality, it won't be until Sunday that we start to get a clearer understanding of just how different the average grand prix will be in 2011.

After 15 days of testing in Spain, teams can still only make educated guesses as to how things will pan out in the heat of competition, but most agree that you are almost certain to see some surprises in Melbourne. The early signs are positive, but just what can we expect from the Australian Grand Prix?

Along with the new Pirelli tyres, adjustable rear wings is the most talked about innovation over the winter. It will come into effect when a pursuing car is within one second of the car ahead (except during the opening two laps of a race or after a safety car period). The chasing driver can open the gap between the two elements of the rear wing when in a designated part of the track - initially a 600 metre stretch. This will slash his rear wing's drag effect, potentially give a top speed boost of an estimated 12-15kph and ensure that the car behind gets a run on his prey.

Forget about the speculation about drivers being punished for using it when not in the zone - provided the system works, the FIA will govern when the wing can be opened. What is far more interesting is how it will impact the racing, and that depends entirely on how the use of the adjustable wing is tweaked during the year.

Red Bull design genius Adrian Newey sums it up best. During AUTOSPORT International, he revealed his fears that overtaking would become too easy and the result of a button-push rather than any driving skill.

"It will help overtaking," said Newey. "It reduces the drag of the car in the straight so it gives extra speed. The key is juggling it and adjusting it so that it makes overtaking possible, but not too easy."

There are two schools of thought on this. The first is the Newey argument, which can be characterised as putting a high price on the value of overtaking.

The classic example is basketball versus football - if scoring is regular, it becomes run of the mill; if it is rare, it is a moment of high excitement.

The second argument is that few can remember the last time that fans were up in arms about there being too much overtaking! Central to the question is the motivation behind its introduction.

"You have to bear in mind what this is trying to achieve," says Renault technical director James Allison. "It's about giving the car behind that slight advantage to make a move possible that wouldn't have been possible before. To do that, you might have to adjust how it is used from track to track."

With that in mind, let's take a look at what this means in the real world.

During the first Barcelona test, AUTOSPORT's technical correspondent Gary Anderson spent some time investigating just what the adjustable wing will mean for an overtake. An overtaking zone of 600 metres located on the run to the first corner would allow the pursuing car to open his rear wing at round about the start/finish line - giving him far from the full length of the straight.

Taking all other car characteristics - drag, corner exit speed, gear ratios etc - as equal (which they never are) Gary's calculations suggest that you needed to be within two-tenths of a second of the car ahead entering that zone to get to the first corner side-by side. In other words, if you're a second behind, you're not getting past.

Inevitably, this calculation will vary from car to car.

What's more, rear wings are going to be a fascinating area of development this season, with the expectation that the magnitude of the reduction in drag will increase as teams understand the design better. And if anyone can work out how to make the wing stall when open - further slashing drag - they will have a bigger advantage. Aerodynamicists suggest that this will be very difficult to achieve, but achieving the seemingly impossible is what F1 teams do every day!

"We'll have to see how much people can get out of these wings," says Sauber technical director James Key. "I suspect that in the short term the drag reduction will be increased. There's a limit, because there's only so far you can push it, but what we are seeing now is probably the beginning of the process."

Expect a lot to change in the realm of the adjustable rear wing. The 600 metre overtake zone is mandated only for the first three races and will be continually re-visited. The FIA's mindset has been to start conservative, rather than risk criticism for passing becoming too easy, so chances are what we see in Melbourne will not be the end result.

The one thing that everyone is agreed upon is that tyre strategy will create a very unpredictable race in Australia. Three stops are expected, with some even forecasting four. And the reason that most can't be sure is that they have yet to run on a track like Albert Park before.

Melbourne can be a tyre-killer; remember the 2009 race when the option tyre lasted only a few laps, leading to Sebastian Vettel hitting Robert Kubica while trying to hold second on shot rubber late on. 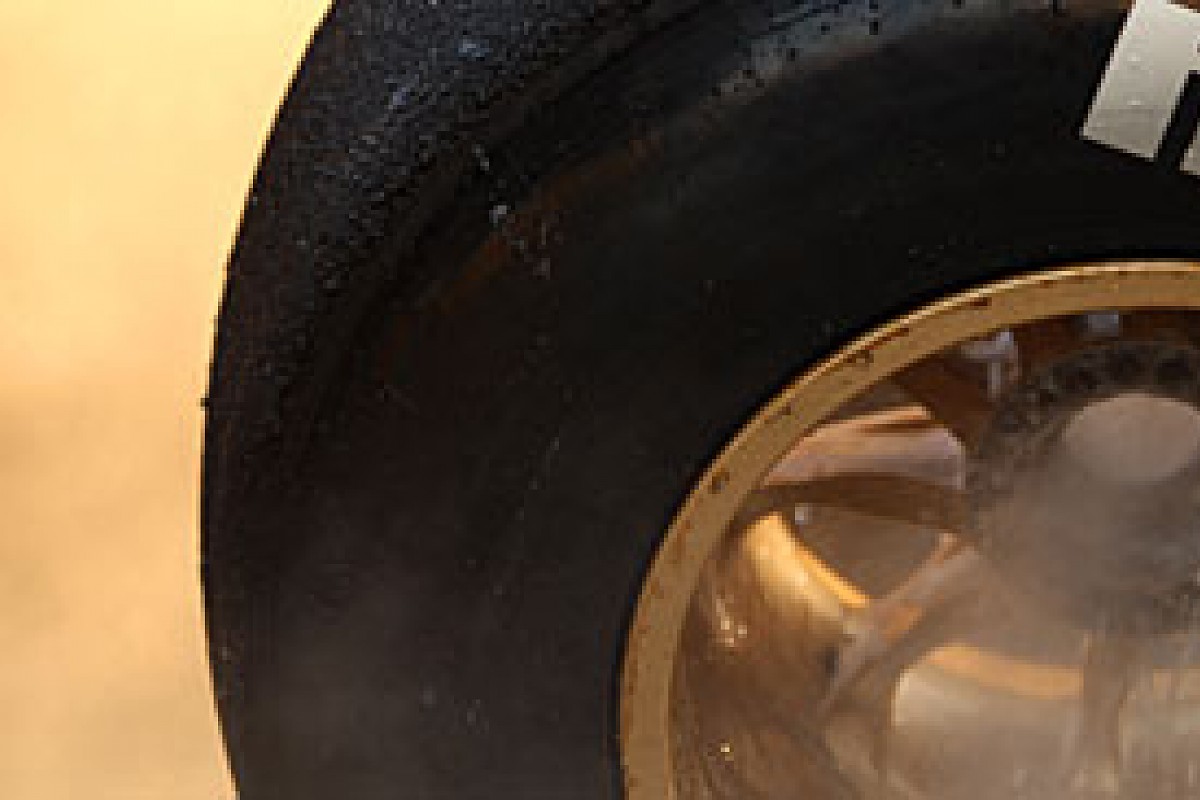 Testing in Spain has taught the teams a lot, and in the cooler-than-ideal weather conditions it was pretty clear that a race at Barcelona would be a three-stopper. But a lot of the degradation and wear data will not apply in Melbourne. Why? Because while the test tracks take a lot out of the front tyres, Albert Park is incredibly demanding on the rears. That's why some are speculating that four stops are possible. The fact is, the teams just do not know.

One thing is for sure - expect a lot of bleating on Friday, when the track will start off very green and tyre life is even shorter. The race could play into the hands of the teams and drivers who can make quick, accurate judgements and snap decisions.

"The early races are going to be mixed up," says Key. "Whether that continues is difficult to tell.

"People will naturally want to get the most out of the tyres in the race and there are varying levels of degradation from team to team and there will always be an effort to conserve the tyres. We may find that we get to a point where there is less of a difference between teams as the season goes on. It will be interesting to see how this changes."

Following last year's teams' agreement not to run the system despite it being permitted by the FIA's technical regulations, KERS returns this year. 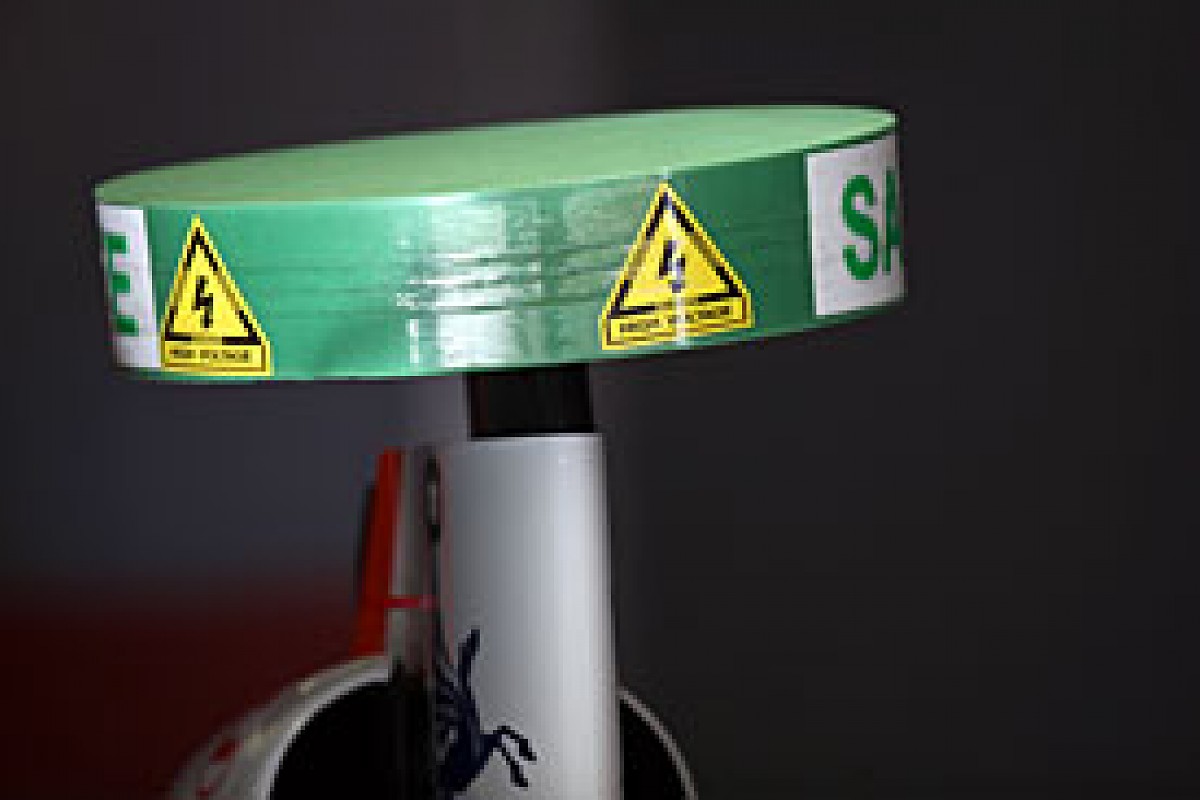 Unlike in 2009, when only Ferrari, McLaren, Renault and BMW Sauber raced equipped with the hybrid technology, it has now become near-compulsory. The top nine in last year's constructors' championship are all using it, leaving only Lotus, Virgin and HRT without. KERS offers 6.666s worth of 80bhp power boost per lap - deployable at the driver's discretion at the push of a button - the thinking being that it might make overtaking easier.

Needless to say, if you're on your KERS button, chances are the car you're trying to pass is doing the same, meaning that the system will very often cancel itself out. Where it really makes a difference is in terms of packaging and the weight variation between different cars and different systems.

The team that is in the most tricky situation when it comes to KERS is Team Lotus. With its Renault engine and Red Bull gearbox, chief technical officer Mike Gascoyne is determined to cut it in the midfield. But it starts the year without the technology.

With so many other teams disagreeing, it could be a massive disadvantage for Heikki Kovalainen and Jarno Trulli when it comes to race starts.

In 2009, KERS was an expensive luxury of questionable benefit, but in 2011 the technology has improved and the increase of minimum weight of the cars (which also accommodates extra wheel tethers and improved crash protection) means that the equation has changed.

"We're still fairly sceptical about KERS with the regulations as they are," says Gascoyne. "People are still struggling to make it an advantage over a lap and over the race distance. But where you are really going to struggle is going into the first corner and defending.

"If we were in a position where we were racing in the midfield, qualifying ahead of some of the established teams but dropping behind them by the first corner because of a lack of KERS, then we are going to have to do something about it."

Whether Lotus adopts KERS during the season will be an indicator of just how vital the technology is in F1 2011.