The Belgian Grand Prix marks the beginning of a quickfire run of seven races over just 11 weeks that will decide the destiny of the 2010 Formula 1 World Championship. With Mark Webber, Lewis Hamilton, Sebastian Vettel, Jenson Button and Fernando Alonso covered by only 20 points in the standings, this promises to be one of the most thrilling title run-ins in the six decade history of the world championship.

Spa-Francorchamps is a fitting stage on which to re-ignite the title fight after the mid-season break. With all teams having fulfilled a mandatory two-week factory shutdown, personnel should be sufficiently refreshed for the draining schedule that is to come.

With one of the best overtaking spots on the calendar, the unpredictable weather and arguably the most spectacular tracks awaiting them this weekend, teams and drivers must be at the top of their game and will probably be glad of the downtime come Sunday afternoon.

The big question heading to Spa is whether Red Bull, with its Renault engine that is claimed to give away 20-25bhp of peak power to Mercedes, will be a contender. In the first 12 races of the season, the Red Bull RB6 was at best utterly dominant and, at worst, very competitive regardless of the track configuration. But rivals hope that its Achilles' Heel will make Webber and Vettel sitting ducks on the run to Les Combes, even if the car's pace in sector two allows it to top the times overall.

With the team playing down any concerns about the more stringent flexi-wing tests and the boost of a Hungarian Grand Prix weekend during which no-one else could get within a second, don't hold your breath. But at least there is good reason to think that it could be one of the hardest weekends for Red Bull in a long time.

Chief among those hoping to benefit will be McLaren. Coming off the back of three dismal races, which have yielded only one podium finish and seen the Woking team knocked off the top of both the drivers' and constructors' championship, the silver corner desperately needs a strong Spa showing. It's very effective F-duct will help with top speed, or mitigate drag, meaning that Button and Hamilton, with the Merc powerplant, should have good chance of getting ahead of a Red Bull on track. But if it's another underwhelming weekend, it could sound the death knell for the outfit's title challenges.

As for Ferrari and its lead driver Alonso, Spa could be a tough weekend. The F10 is not at its best on this type of circuit, although an improved showing at Silverstone in July gives at least some reason for hope to the Scuderia. With the World Motor Sport Council hearing over the Hockenheim team orders controversy to come, a decent points haul for Alonso would be a welcome distraction from the Sword of Damocles that the FIA is waving over the head of the Prancing Horse.

Given the unique characteristics of Spa, some of the midfield teams will be hoping to punch above their weight. Although a repeat of last year's Force India pole position and near-victory - Giancarlo Fisichella would surely have won had an early safety car not allowed Kimi Raikkonen to get within KERS-assisted passing distance - is unlikely, there could be good points on offer for the mid-pack.

In Germany and Hungary, Mercedes, Renault and Williams showed that they were all much-of-a-muchness on pace, while Force India could also get back into the mix with them after two disappointing weekends.

With Michael Schumacher already hobbled with a 10-place grid penalty for his dangerous defending of 10th place against Rubens Barrichello in Hungary, that puts the onus on Nico Rosberg to continue to shine. By contrast, Renault now looks to have two strong drivers, with Vitaly Petrov excelling in Hungary after some very shrewd management from impressive new team principal Eric Boullier, while at Williams too Nico Hulkenberg now looks ready to match Barrichello's contribution.

But that's just the support acts. The real focus will be on the scrap at the front. If Red Bull proves to be competitive on the sweeps and straights of Spa, it will be hard to see anyone stopping the team this year. 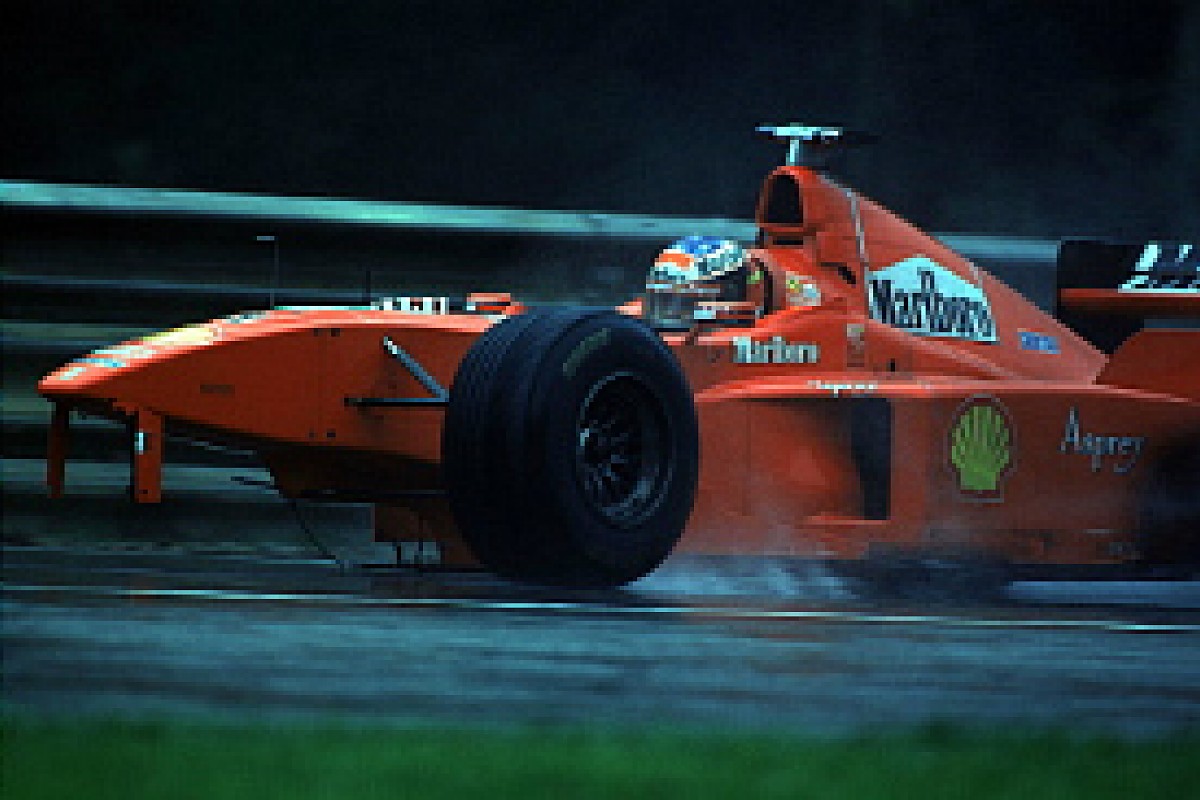 Moment from history: 1998 - DC versus Schuey

David Coulthard has had better days than August 30, 1998. It all started so promisingly, lining up second on the grid behind championship challenging team-mate Mika Hakkinen after no-one had got within a second of the McLarens in qualifying. Things soon started to go wrong, as DC spun into the wall on the run out of the La Source hairpin in sodden conditions, triggering a pile-up reckoned by many to be the biggest in the history of Formula 1.

Sadly for the Scot, that wasn't the low-point of his day. He restarted, but a clash with Alex Wurz on the first lap dropped him to the back. That condemned him to a day battling in the midfield, and shortly after half-distance runaway race leader Michael Schumacher came up to lap him. Still in wet conditions and with visibility at a premium, Coulthard lifted to allow Schumacher a clean run past... but was on the racing line.

Schumacher hit him, losing his right-front wheel and suspension and the race. A few minutes later, Schuey stormed down the pits and into the McLaren garage to lay into Coulthard for his actions.

"Obviously lifting on the straight like he did when I hit him is very dangerous," said Schumacher. "He has the experience to know that you do not slow down on a straight like that without giving any warning. So one could think he did it deliberately."

On the day, Coulthard blamed Schumacher for running into the back of him, but a few years later had revised his opinion of the accident.

"I lifted to let him past me but I did it in heavy spray on the racing line," said Coulthard. "You should never do that. I would never do that now. In 1998 I didn't have the experience and knowledge."

All of this left Jordan to take a breakthrough one-two with Damon Hill leading home Ralf Schumacher, capping one of the most remarkable days of racing ever seen at Spa.

"For the win, put your money on JB now and pray for a wet race. For the podium, go with LH, JB and FA (or FM for the very brave). Don't put anything on a car with a Renault engine for the win and probably not even for the podium."
jjcale

"I think this is make or break time for McLaren in the next two high-speed races. If they haven't got their act together on two circuits that should be a good match for them, I think they will fade down the stretch. I think the big story will be Massa. Who can he beat and deny points to? I think he will be strong in the next two races. Finishing in front or behind of Massa will make a big points difference. I think Ferrari will get the most points in the next two races."
Watkins74

"Renault might get back in the mix if their F-duct will be working properly."
KateLM