The X44 team owned by Lewis Hamilton topped the Sardinia Extreme E qualifying battle for the Island X-Prix to maintain its Saturday monopoly at the expense of Rosberg X Racing.

Sebastien Loeb and Cristina Gutierrez, 12.3s to the good in Q1 at the Teulada NATO base, pulled out all the stops in the second leg to find another 17.207s over their nearest rival.

It ensures the nine-time World Rally champion and his Dakar Rally team-mate maintain a 100% qualifying record in the electric SUV off-road racing series with a combined lead of 50.7s over Nico Rosberg’s own entry.

Hamilton’s squad was second to take to the 4.67-mile course in the afternoon after a lengthy interruption.

The Rosberg X Racing and Chip Ganassi teams were allowed to fall down the running order to create extra time for repairs following their respective rolls and suspension failure.

However, to ensure all cars had sufficient time to charge, there was a large hole in the schedule after the opening gambit had been delivered by the Xite Energy Racing duo.

Loeb was first in the hot seat when his run eventually got underway, the French rally legend explored previously unused routes to straight line some corners and this paid dividends.

He returned a gain of 0.3s over his own Q1 run in the points-paying ‘super sector’, despite having told Autosport that his morning effort was close to un-improvable.

He completed his lap in 4m22.537s, three seconds faster than his earlier benchmark to hand over to Gutierrez.

She ended her smooth and fast run, having spun in Q1, for a combined 10m45.401s yardstick as X44 became the first and only team to dip under the 11-minute barrier. 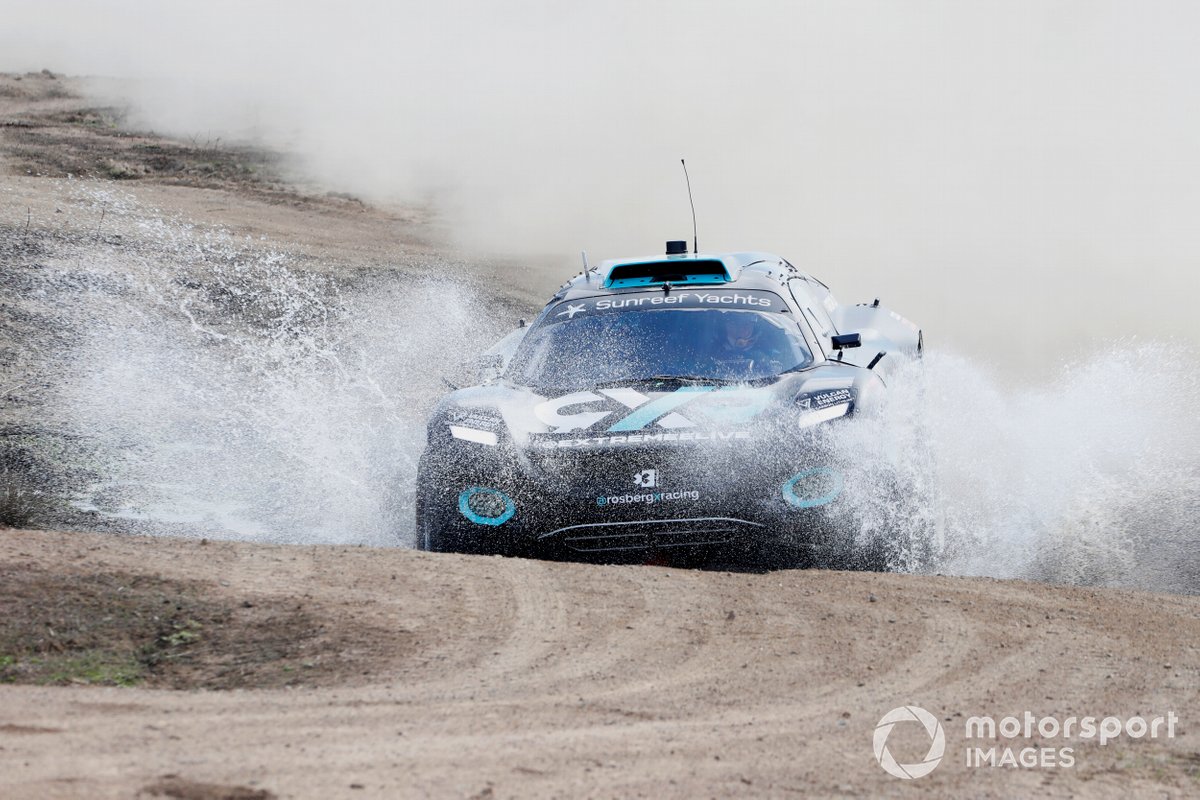 RXR entered the afternoon session on the backfoot after Molly Taylor had rolled in her first run, albeit having landed on her wheels to complete the session.

It was the turn of her team-mate Johan Kristoffersson to hit trouble in the second leg.

After a delayed driver change - a rules update outlawing the two-belt system RXR was using to remove the time delay caused by the adjustments to accommodate Taylor and Kristoffersson’s difference in height - he charged after Loeb.

The three-time World Rallycross champion, last to run, was only 0.68s off Loeb in the ‘super sector’ but failed to rob the five bonus points off his rival and then he suffered late drama.

A slow front-right puncture reared its head in the closing stages of his lap to drop the Swede and his Aussie stablemate a further 18.3s off the pace to consign RXR to second place.

Abt Cupra’s mostly sound-if-unremarkable approach paid off with third in the combined times, although the afternoon run was notable for an uncharacteristic error from Mattias Ekstrom.

The DTM, World RX and Pure ETCR champion carried too much air over a crest, which unsettled the back end and as the rear axle attempted to overtake the front, he spun. 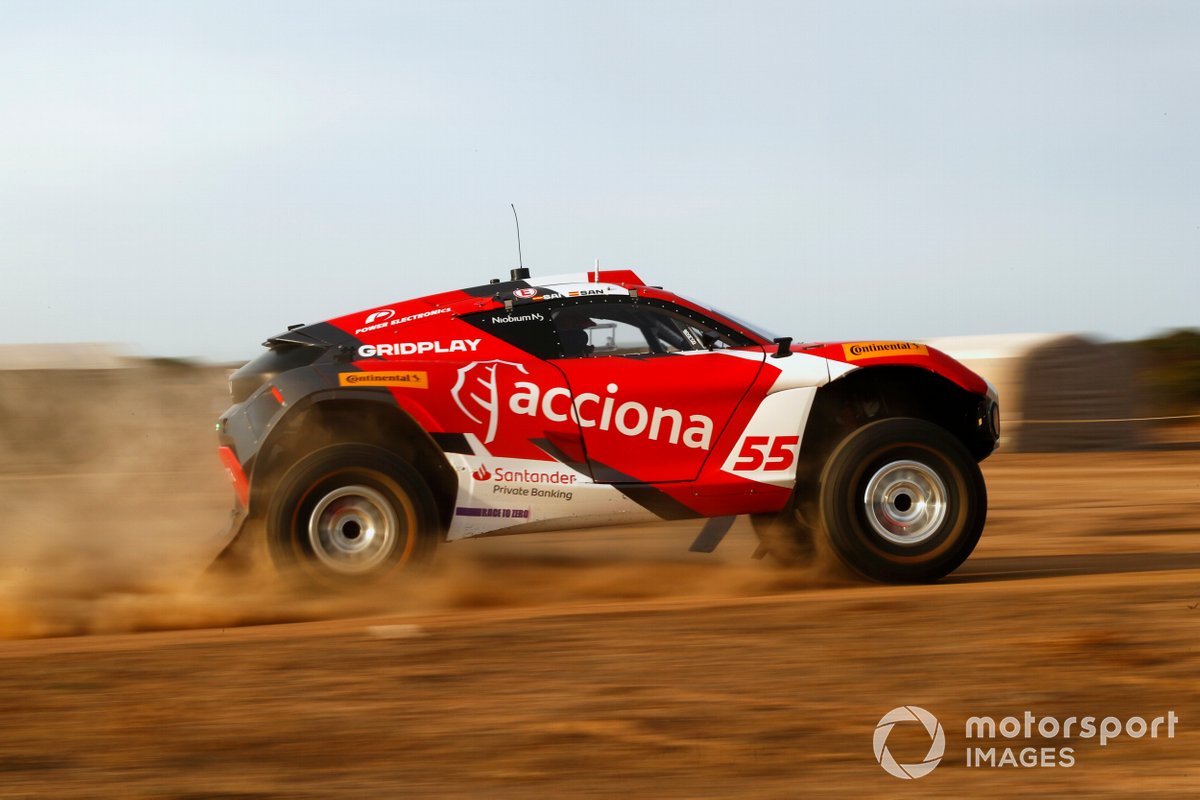 The team entered by two-time World Rally champion Carlos Sainz landed fourth but only after yet further electric woes for his Acciona Sainz squad.

His team-mate Laia Sanz started the afternoon loop but was forced to stop mid-run for a car reset to amend a power steering failure.

She recovered strongly for the remainder of her lap, only for Sainz to perform another system reboot at the pitstop as some continuation of the fault remained.

He then, still with a small issue, gunned it for the remainder of his lap to undo the hit taken by Sanz to land fourth over Chip Ganassi Racing.

Kyle Leduc and Sara Price’s torrid reliability run came to an end in the afternoon. The pair, having only completed half the laps of their rivals, were second fastest in Q2.

While 17s in arrears of X44, the morning DNF was enough to shuffle the American pairing down to fifth in the combined times ahead of Andretti United.

After Timmy Hansen had taken painkillers to overcome a morning run when his shoulder had dislocated three times, he knocked down a gate marker to land a 10s penalty in Q2.

That meant he and team-mate Catie Munnings were bumped to sixth ahead of Kevin Hansen and Mikaela Ahlin-Kottulinsky for JBXE, the former having backed off considerably through the two water sections due to a windscreen wiper break.

Veloce Racing’s DNF in the afternoon bumped the team to eighth, leaving Xite Energy – penalised by 10s for Oliver Bennett missing two gates – to round out the nine-car list.