Lewis Hamilton’s X44 Extreme E team topped Friday practice in Sardinia ahead of the Island X-Prix although mechanical gremlins reared their head again to afflict six of the nine cars.

Nine-time World Rally champion Sebastien Loeb and Dakar Rally exponent Cristina Gutierrez combined to set a total time of 11m53.421s, which hoisted them clear by 10s at the top.

The seventh of the nine teams to take to the 4.37-mile course, with Loeb opting to start, X44 demoted the rapid Chip Ganassi Racing of Sara Price and Kyle Leduc before both teams were penalised.

It marked the third reprimand of the event for Chip Ganassi as the American squad and points leader Rosberg X Racing were barred from taking part in Friday morning shakedown.

Nico Rosberg’s team used e-bikes on the Thursday course ‘walk’, with Leduc returning to the paddock to fetch his own, and this was deemed not in the spirit of the regulations for giving both squads an advantage as they could cover ground more quickly.

A super aggressive Leduc also gained a further slap on the wrists from the stewards in practice when he demolished a flag at the fifth waypoint gate to the tune of a 10s hit.

Veloce Racing, with Stephane Sarrazin joined by Emma Gilmour to cover for the W Series-tied Jamie Chadwick, was the only other squad to enjoy a fully clean run and gained third.

The fourth-quickest Xite Energy Racing’s effort was swiftly interrupted after Christine Giampaoli-Zonca had handed over to team-mate Oliver Bennett, who stopped to reset the car. 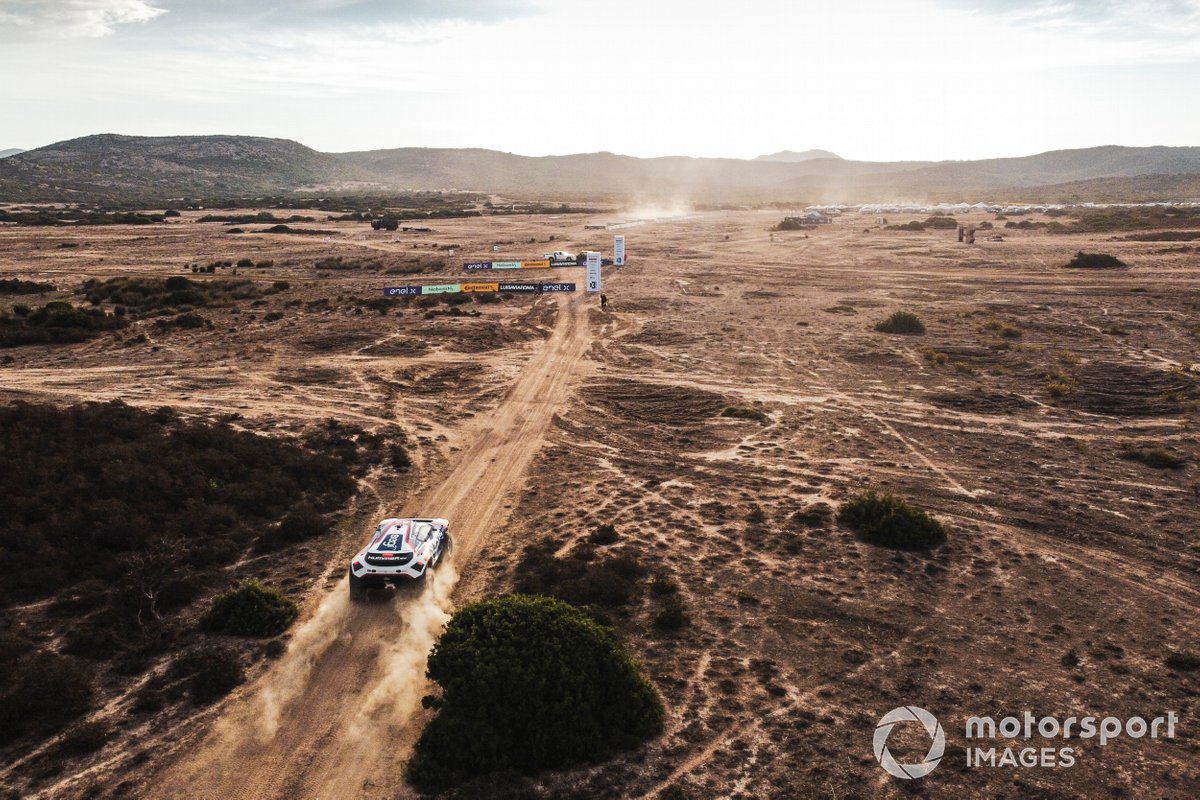 Rosberg X Racing was undone by the return of electric niggles, which sapped power for Molly Taylor’s second lap and caused the pit limiter to fail and killed the windscreen wipers – causing particular trouble through the two water splash obstacles.

Newly crowned Pure ETCR champion Mattias Ekstrom had his tilt scuppered by a power steering failure after a jolt, which forced the remainder of his lap and the duration of team-mate Jutta Kleinschmidt’s run to be massively below pace.

Carlos Sainz Sr suffered a similar fault after his flying start, the two-time World Rally champion having careered through a bush in a small mistake after his initial exuberance.

Sainz also clocked a five-second penalty for missing a gate, as opposed to knocking it down as the more harshly punished Leduc had done.

Kevin Hansen’s run was hurt quickly after the Swede caught masses over of air over the early crests and nosedived on impact.

The subsequent heavy landing at the rear meant the right corner collapsed completely.

He tried to drag it to the finish before pulling out of the session.

Brother Timmy was no less unfortunate. He clipped a rock which ripped the whole right-rear wheel and tyre assembly free.